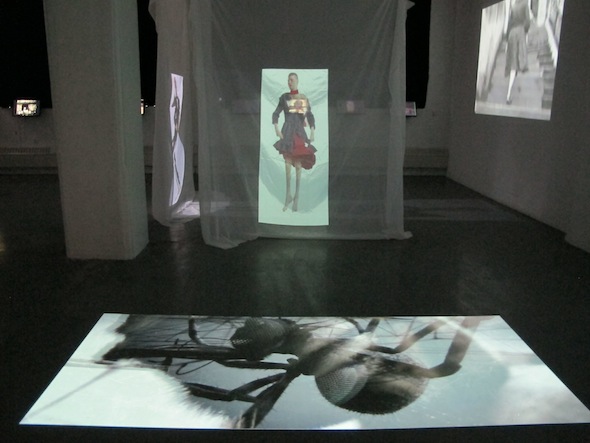 We invited MOMENTUM Co-Director Cassandra Bird to review the second edition of A WAKE at Dumbo Arts Center in New York City. As witness to both A WAKE’s Berlin and US incarnations, Cassandra shares her thoughts about the exhibitions theme of death and ritual, and the agency of city spaces.

An exhibition dedicated to exploring death and the depiction of the ritual that accompanies it, three international curators, Rachel Rits-Volloch, Leo Kuelbs and Adam Nankervis bring together a group exhibition commingling the contemporary, archival, and documentary artworks of 16 international artists. Installed as a processional of thirteen screens navigating the gallery space in Dumbo Arts Center, New York, the artworks in the exhibition bring together iconography and imagery of the past and present, fiction and reality, found footage and cultural rituals.

In bringing together, video, digital media, cinema, film and photography, A WAKE takes the viewer on a journey through the afterlife, crossing mediums and generations to celebrate life as well as death. The exhibition originally premiered at MOMENTUM Berlin on Halloween 2011 at the Kunstquartier Bethanien. The location, built in the 1840’s and operated for over 100 years as a hospital, is still haunted, many say, by the numerous ghosts which have passed through its walls.

Now one year later A WAKE is reincarnated at Dumbo Art Center amongst the eerie backdrop of the destruction left by hurricane Sandy. As a witness to both exhibitions in Berlin and New York, I could not help but think that the atmosphere of the city appeared to be mirroring the sentiments of the exhibition inside, amplifying notions of life after death as a kind of rite of passage of celebration and renewal.

In cross-referencing film and literature that explores the human fascination of death, rebirth, disaster and devastation, this exhibition takes on the themes and narrative similar to a horror film. This provides the viewer with an aesthetic false sense of security before swooping them into a journey of shock, repulsion, illusion, intrigue, historical fact and scientific mystery. 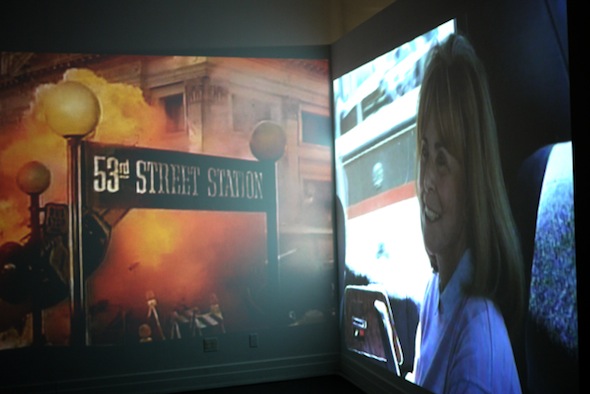 When entering the gallery, the viewer is cradled and mesmerized by the soft hanging works of the Russian artist group AES+ F, which explore the way society confronts its taboos of mortality and immortality by dressing autopsied cadavers in haute couture. A WAKE, is by no means subtle in its representation of theme, confronting the viewer with images of war camps, atomic bombs, nuclear testing, soldiers, mass graves, skull and bones. Australian artist, Tracey Moffatt’s, Doomed, a fast paced montage of film clips accentuates Hollywood’s fixation and fascination with devastation and mass destruction.

All ingredients provide a haunting display of the human repetition of creation and devastation. As a viewer one can’t help but question, ‘Are we repeating the same mistakes?’ as we stare mesmerized into the eternal struggle between a spider and its prey in Berlin’s digital animation team, Polynoid‘s, Loom.

The term A WAKE can be defined as either the ritual viewing of the body after death and a coming together to observe the end of time, a celebration of life or as an emergence into consciousness, a taking of action out of sleep. By the curators taking a transitional point between being and representation in the title, A WAKE, they confront us with the process and the presence of death in order to wake us up to the inevitable result of the passage of time. 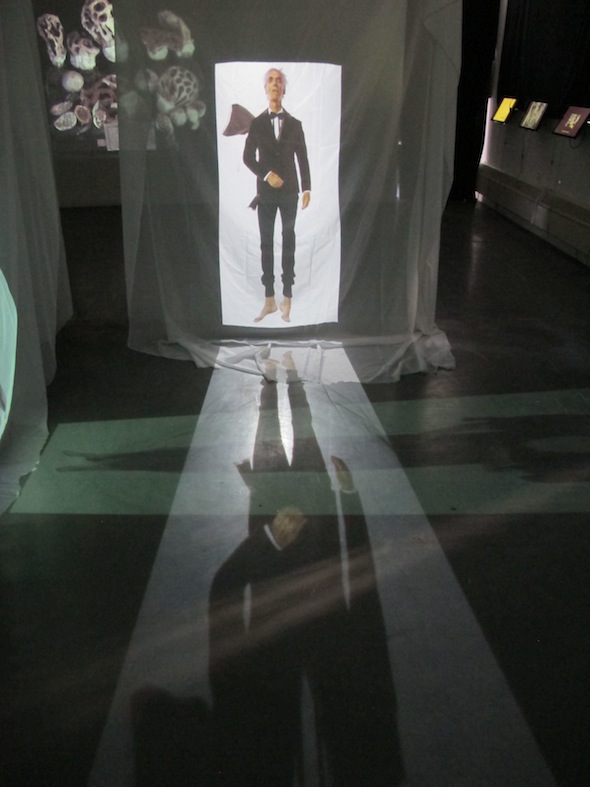