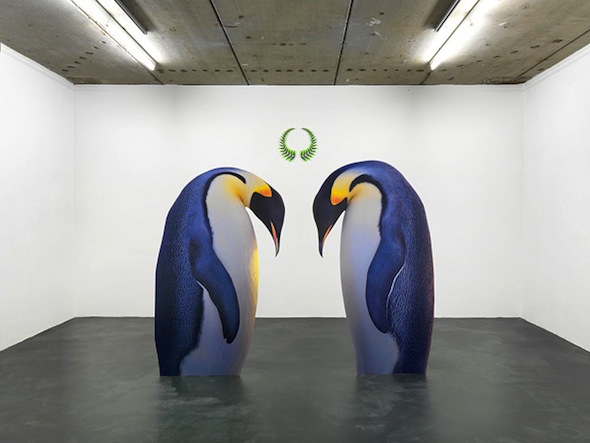 Approximation I (front) Win-Win (back), (2012), Katja Novitskova, Courtesy of Kraupa-Tuskany

Whether it is the fossil fuels that power our devices or rather the human neurons fired in creation of digital content, physical matter subsists the virtual world and the buzzing swarm of ‘info-matter’ which we find online. In her first solo exhibition Macro Expansion, Estonian artist Katja Novitskova maps this ‘unseen species’ of virtual data, and relates it to intertwining trajectories of human, animal and technological evolution.

Housed deep within a white-walled corridor of the Berliner Zeitung building, Kraupa-Tuskany is not a gallery that you are likely to just stumble across. The somewhat unusual context, however, only added to my delight in finding a static zoo in the place of what would normally be office cubicles.Two oversized digital animal prints on aluminium feature in Macro Expansion; the first, two giant Emperor penguins, and the second, a giraffe baby and mother. 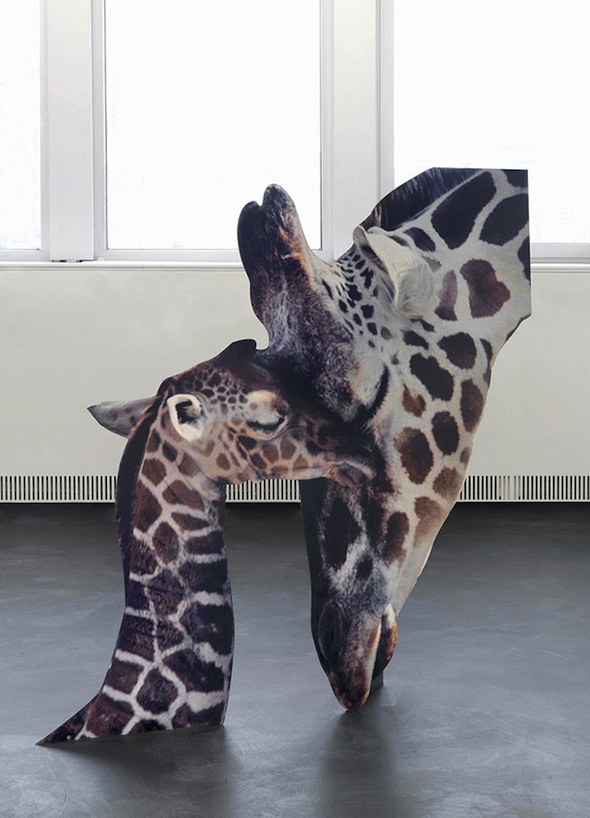 On a smaller scale is Geometria MMXII: a digital image of a tarot card depicting the goddess of the mathematical properties of space by Renaissance painter Mantegna. Novitskova includes the trappings of digital image editing software in the work – the top left hand corner reveals the selection from the screen shot, and along the bottom we find adjustment buttons. As is the case with the cutout displays, the material here is integral to our conception of the work. Printing on acacia wood links into a historical funerary tradition and points towards the holistic cycle of man’s relationship with the earth. 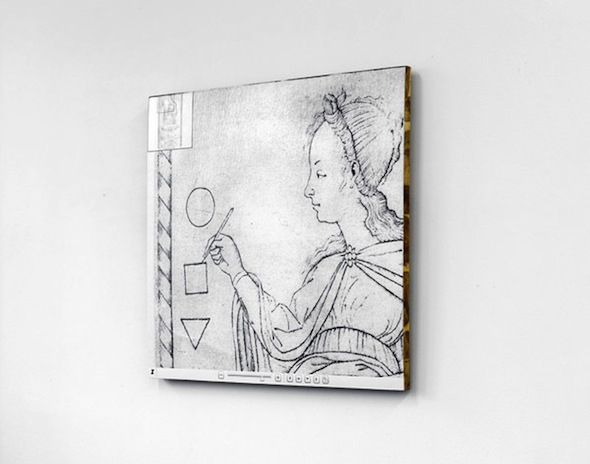 Novitskova explores the intersection where technological and natural processes meet and aid each other. In her installation 99.9999999% pure harvest, three silicon wafers are showcased in a Perspex box; the data slices appearing as futuristic toadstools. The silicon is grown in a lab via a crystalline process akin to that of growth as we perceive it in nature. The concept that we can ‘grow’ our technology sets these processes on par with those that are naturally occurring; confounding our divisions between the natural and digital worlds. 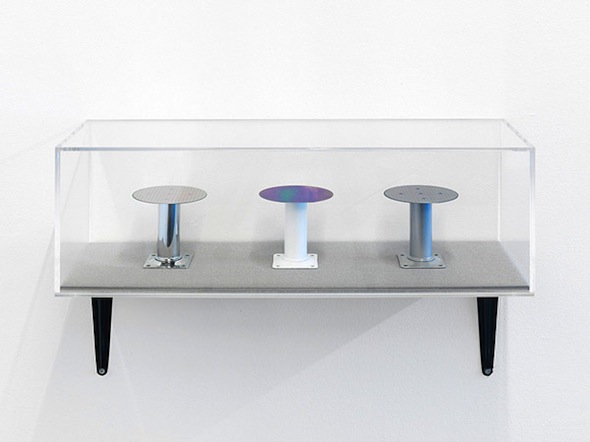 Technological genus in Macro Expansion is shown in concurrent evolution with that of the three tenets of the natural world: flora, fauna and humankind. In The Cambrian Explosion 001, one of a series of four prints on papyrus, depicts an image of a US-military spy dolphin trained to capture underwater footage. Human intervention here connects the physical world with technology, resulting in a convergence of competing evolutionary trajectories. Creating these works through digital means, and harnessing natural materials for production shows Novitskova’s commitment to mapping the rise of this ‘unseen species’ – a new evolutionary construct that absorbs both binary opposites of natural and digital. 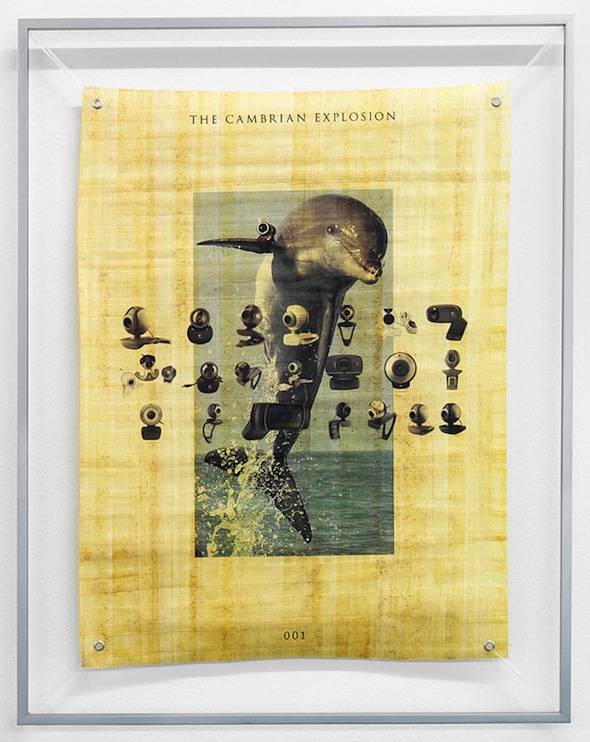 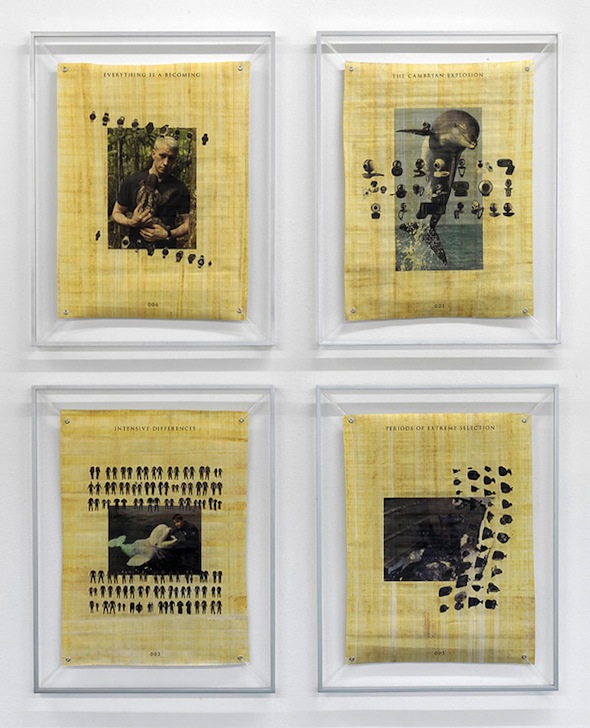