Marisa Mandler’s studio is at the end of a sinister block: past soviet housing complexes, the DDR’s Nazi archives, and right before the Stasi prison museum complex. With heavy skies above, the atmosphere was dark as Mandler led us into her studio, in a bunker building that used to house the Stasi surveillance headquarters. The studio, however, retains some light, with its large windows, bright white walls, and the greys, golds, and pinks of Mandler’s recent work. The building’s repurposing still holds memories of its past, which Mandler sees as an advantage. Layers of use, built up materiality and stories covered up by new stories are an important trope in her practice, so she doesn’t mind the building’s ghosts. 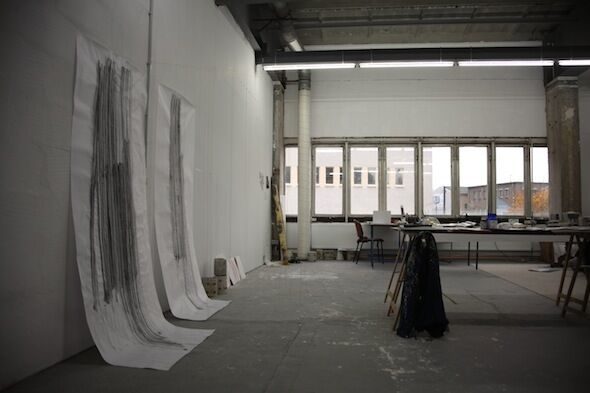 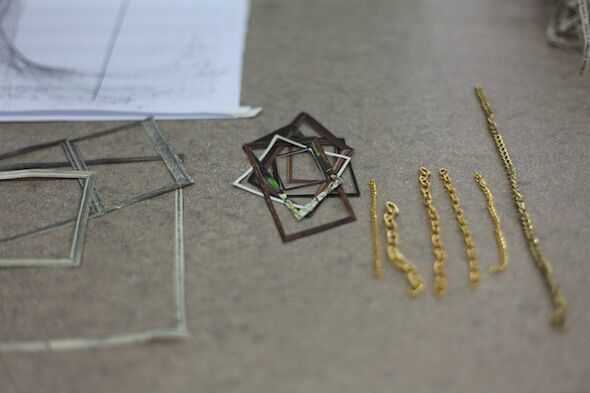 There is a sense of ongoing process retained in Mandler’s work: many of the pieces portray the time that was put into them, and the physical stress that was endured in their making. Mandler treats materiality as a fragile, unwinding uncertainty, not a constant presence. The materials often unravel or decay as part of the work, or they are caught a moment before their unraveling, and framed. The moment of viewing is therefore also drawn out; in “The Moment Between”, for instance, the body-sized ceramic membranes lean delicately on the gallery wall. They are so breakable, so flimsy, that a viewer approaching them becomes slow and careful, suspended between trying to get close enough to understand the material and being scared of breaking them with a breath or a touch. This piece was inspired, Mandler explains, by the Greek myth of Orpheus, who descended into the underworld and managed to convince Hades to return his wife Eurydice. Hades’ only condition was that Orpheus would not turn back to look at her until they had left the underworld, but Orpheus could not resist, and Eurydice disappeared back underground. The sculpture is a physical presence of a suspended moment of possibility, the moment before Orpheus broke his word. That mythical moment exists in mundane stories too, with other personal, pregnant moments that could be suspended or overturned. Even when Mandler’s images hold specific, personal or historical inspirations, the emotional communication enlarges the story of its singular making. 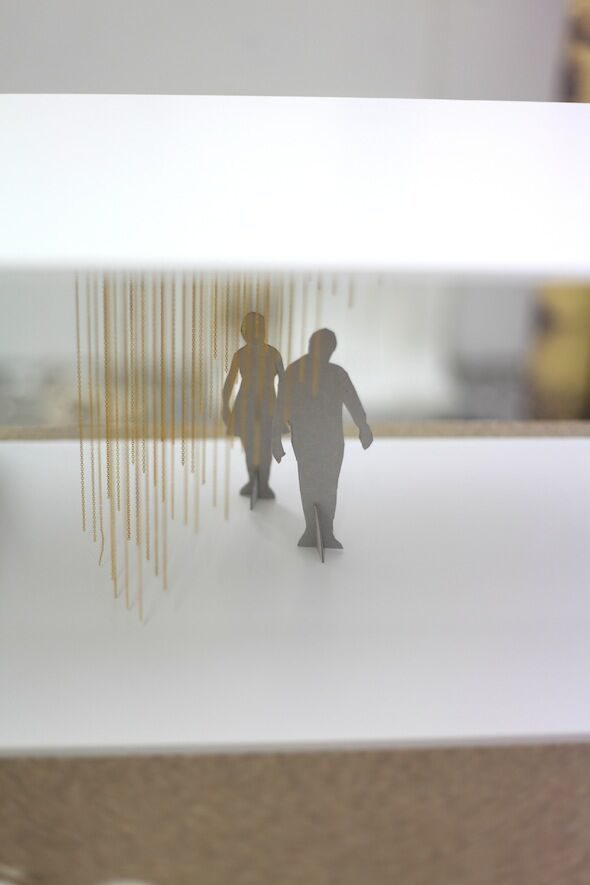 For instance, in Today: 153 Sheets, Mandler took the heaps of old newspapers and magazines her mother had left behind when she died, and reduced them through a chemical process to mulch. The material cascades in layers, from the oldest magazines to the newest. Their original, personal history is erased, but the physical presence remains, communicating a decaying, ongoing process of grief, layered with renewal and regeneration. 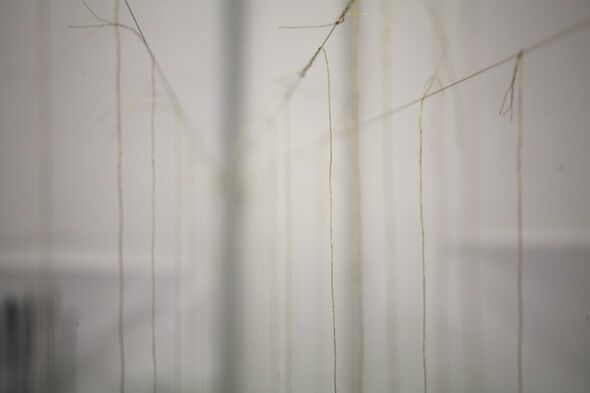 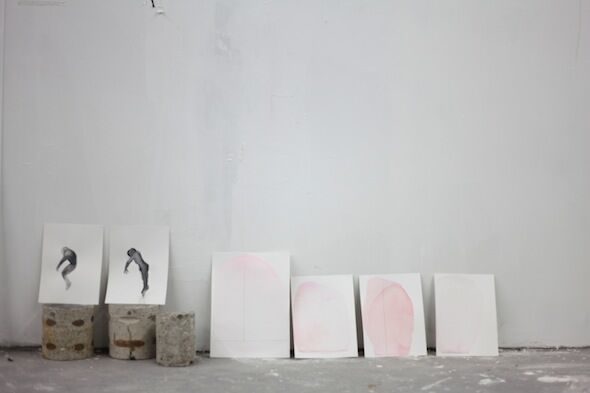 The material that Mandler seems most interested in, though, is the human body, often one more breakable component of her work. As she would treate porcelain or string, she tests the body’s limits, approaching its breaking point. In work such as her Level series, Mandler marks straight lines with a level held close to her body. The aligned marks begin to tilt and smudge as her own body wears out in the process. The bleach, or in other versions the watercolor, are a mark of the body’s abilities, and the final result is a person-sized image of time spent pursuing this singular task. 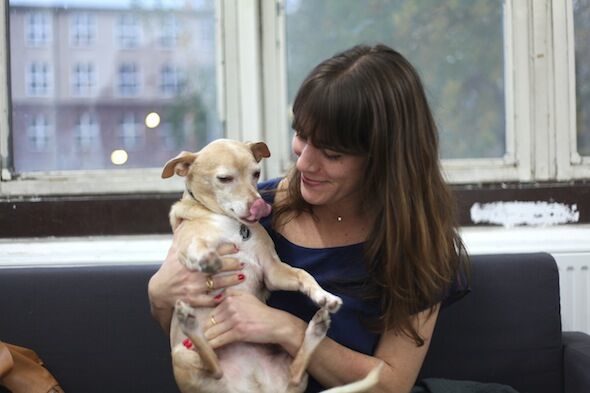 The body’s weight and its attempt to outdo itself and become weightless reoccur in Mandler’s work, across mediums and subjects. The variety of source material in her studio, collected from around the world, treats this subject from different perspectives. In one video, she surveys a ballet class from a hidden corner, waiting for moments of imbalance, of human imperfection. In first-aid pamphlets and books, wounded soldiers’ rescues are simulated, teaching the best way for one man to carry another’s weight. Mandler portrays the limp figures in watery ink, with areas of density and lightness, hovering as unsupported mass. In this series, like in her non-figurative work, the moments Mandler chooses to suspend are those of physical possibility, of the body outdoing itself. Her materials are trying to outdo their own composition, but are repeatedly caught in the reality of it, admitting to their inescapable entropy over time, but trying to hover above it.

Adela Yawitz is a writer and artist, working in Berlin, NY and Tel Aviv. Rian Davidson is a Canadian intermedia artist with a focus in sound composition, film and performance. He currently is living and working in Berlin as a gallery assistant and videographer.