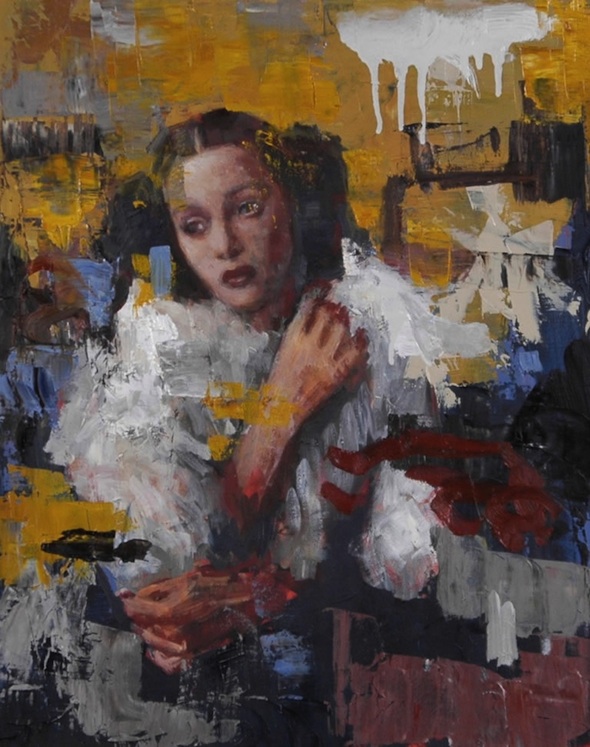 Rimi Yang’s paintings are a patchwork of abstract expressionist strokes and female figures, of western and eastern imagery, creating an inner sanctum where women of different times and cultures echo each other and meet.

This impressive body of work is part of Fellini’s gallery’s current show, Angelenos, curated by Winston Torr, which also presents works by US artists Lori Cozen-Geller, James Verbicky, Tamara Fleming, and Todd Williamson. Based on emotions, intuition, states of mind, or the process of recreating an atmosphere, the art of Angelenos creates a strong, intimate, and honest group show. 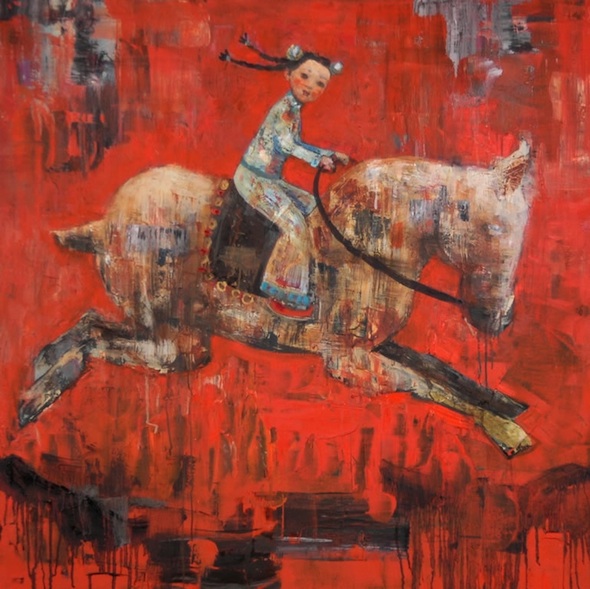 The western and eastern classical representations of women that emerge from abstraction in Yang’s colourful and intuitive canvases are charged with emotions. They are created via a method of automatic painting in which the artist responds to feelings emerging during the course of execution. They are simultaneously intimate and universal. We notice elements of Japanese prints or of classical 18th century French portraits, but time is suspended. What comes out of the paintings is the essence of a woman, and of the culture of displacement. All the women’s selves meet at this point of convergence in Yang’s paintings where time and culture are transcended. In this moment, are celebrated and reunited.

By juxtaposing different cultures and painting techniques, Yang gives logic and equilibrium to what might look at first contrasted. She celebrates cultural diversity through representations of the female figure. She deconstructs to reconstruct. She unifies the contrasts of diverse cultures that make one; her own. 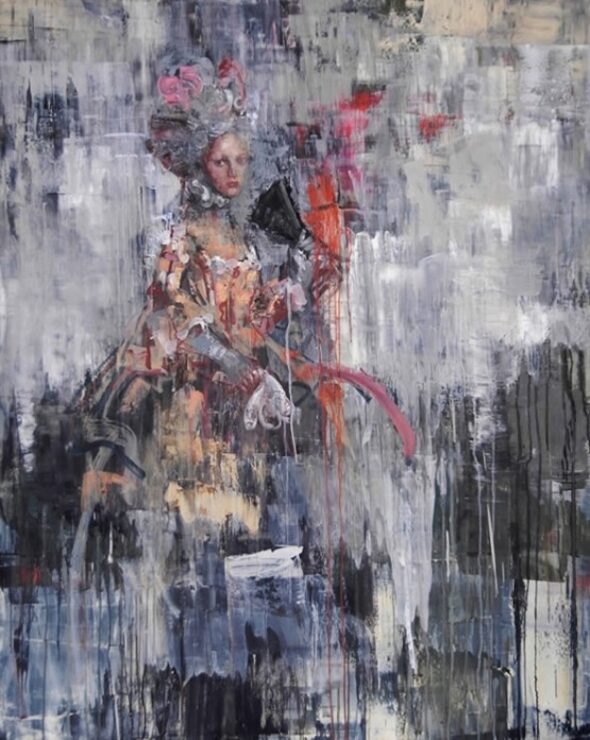 Rimi Yang is of Korean heritage, and was born and raised in Japan where she studied Sumi-ink painting. She then studied in Ohio at the Bowling Green University and then in Los Angeles where she attended the California State University and the Los Angeles Academy of Figurative Art, the Otis College of Art and Design. She also spent a summer in Florence, Italy, studying at the Florence Academy of Art. Recipient of the Marietta Kirschner Wigg Award, Yang has exhibited worldwide since 1987.