On January 27th, the De Joode & Kamutzki 2013 Winter auction set up shop at the former Karl-Marx Buchhandlung in Berlin Mitte for their 3rd edition. Both well-known and emerging artists (mostly from New York and Berlin) provided works to be sold at generous starting prices. Were you lucky enough to make it or even one of the lucky buyers?

Taking place at the famous former bookstore in Berlin, the live video-stream from New York transformed the historical location into an art-buying-portal between Berlin and New York. The participants, both in Berlin and New York, all joined together as bidders, art lovers, as well as admirers of the art and the anticipation of who would buy what. It was clear that neither fame nor money were important this evening – everyone was presented on the same level, causing a relaxed and liberal atmosphere. This being said, the majority of the works were sold, mostly in Berlin, some in New York, proving that de Joode & Kamutzki’s vision is quite contagious: “..making contemporary art accessible to ALL!”.

See below for images from the event by photo contributor, Chloé Richard: 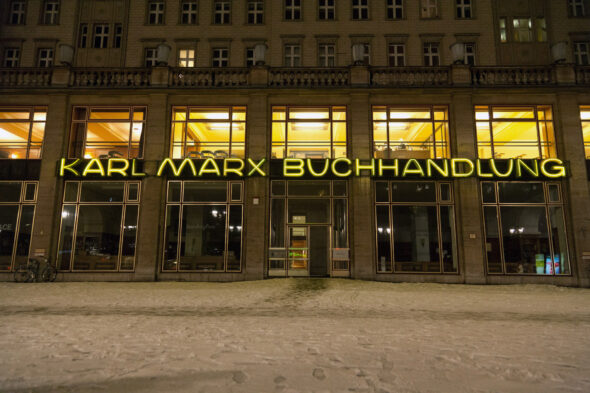 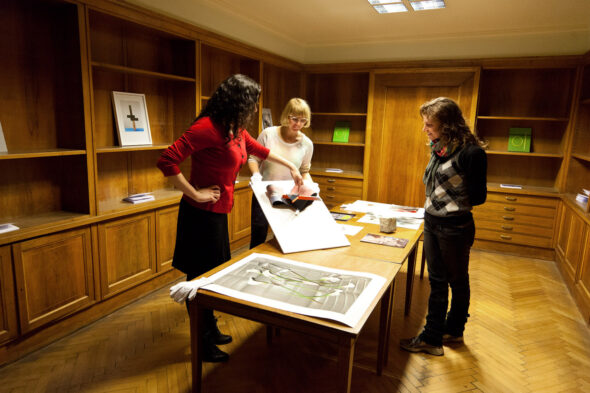 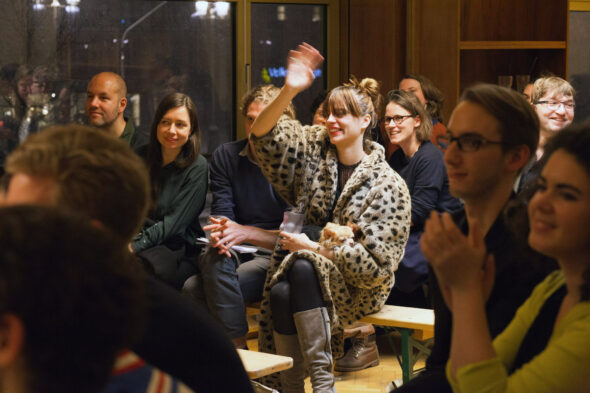 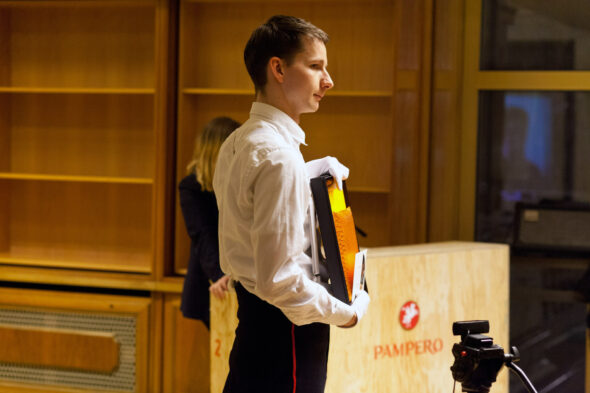 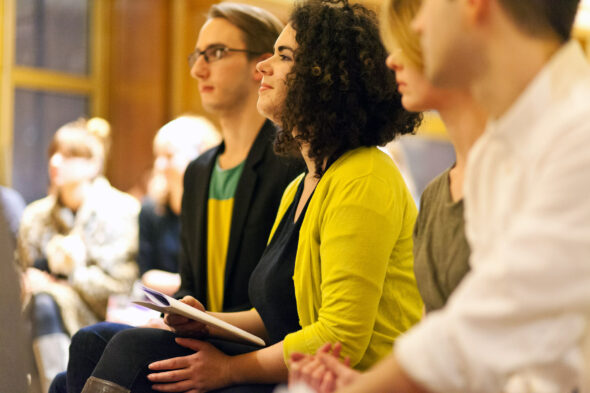 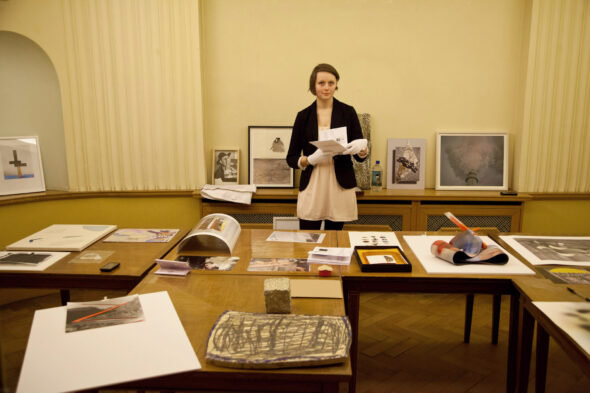 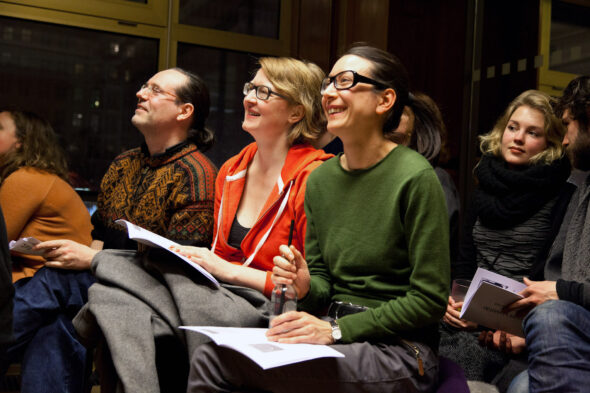 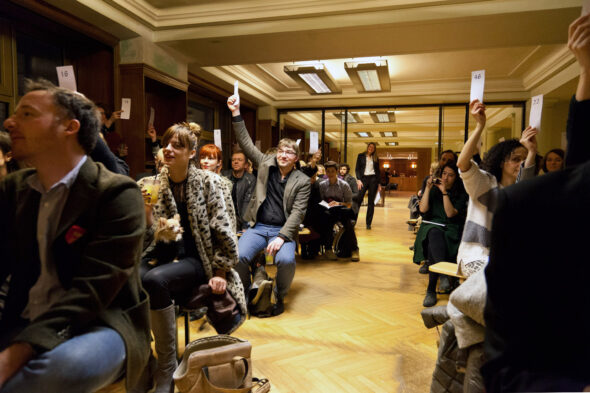 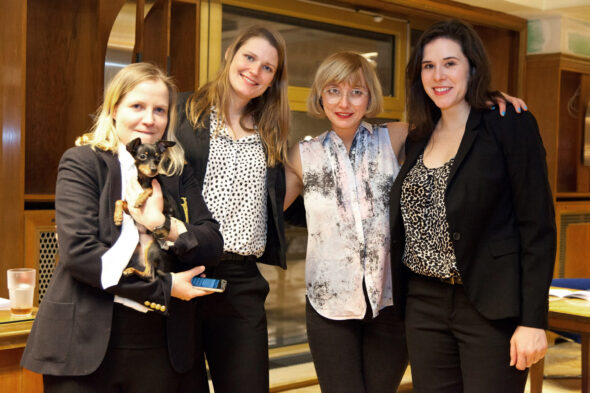 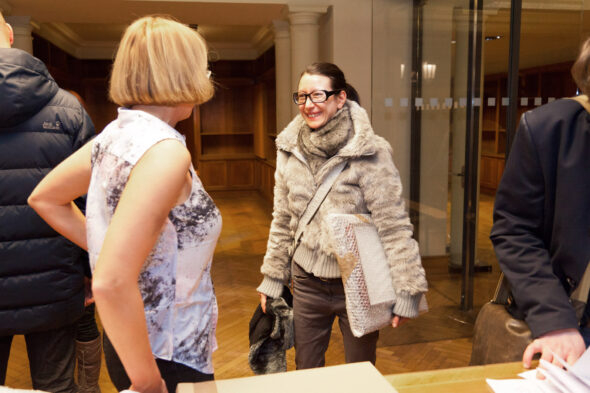 See more images from the auction on the Pampero Colectivo (the event sponsor) Facebook Page: www.facebook.com/PamperoColectivo