Have you ever felt like you had the perfect idea or concept for a film project about the Berlin music and club scene but you just didn’t have the money for it? Look no further.

The media board of Berlin-Brandenburg and Electronic Beats by Deutsche Telekom are the minds behind the New Content Award – A competition that offers the winner the opportunity to contribute their creative film concepts covering the music and club scenes in this sector. The award price is 70,000 EUR as the production budget.

Film proposals should be between 3-10 minutes in length and between 6 -12 episodes long. The deadline for sending in submissions is 31st of March. Alongside an online-voting system, there will also be a jury including members of Deutsche Telekom, the mediaboard of Berlin-Brandenburg and various industry experts.
The winner will be announced on the Berlin Web Week taking place on the first week of May 2013. 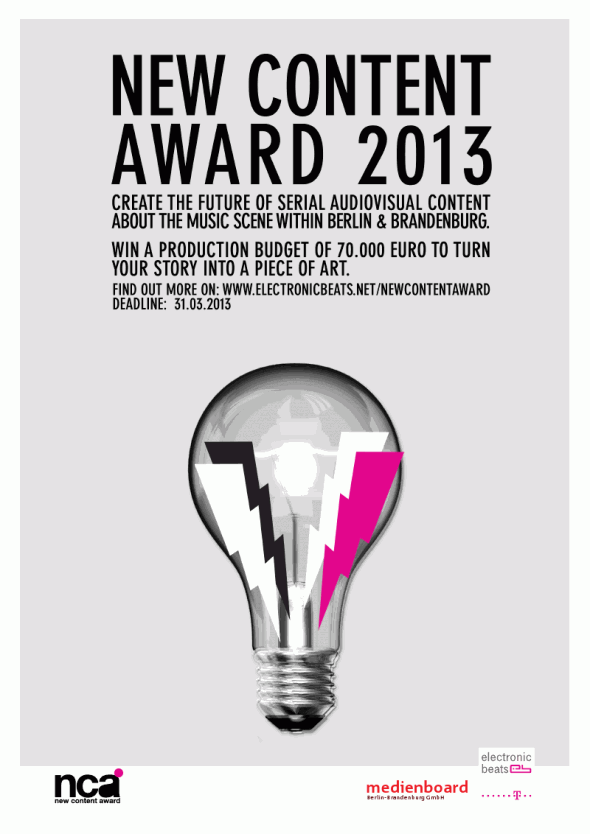