This year the 32nd Long Night of Museums is taking place on the last Saturday of winter. Around 80 museums and institutions will present a diverse range of exhibitions. Guided tours, concerts, readings, dance workshops and programmes for families will be offered for the special occasion.

While in the last edition Berlin was celebrating its 775th birthday and its multicultural character, the theme of this year is “Diversity Destroyed”. As it was in the 1920s, Berlin today is known as an open-minded city with a strong plural nature. It was famous all over the world for its multicultural atmosphere, where arts and an emancipated, vivid society flourished. However, everything came to an end when the Nazi’s dictatorship began in 1933.

This years Long Night of Museums reminds us of the destruction of this cultural diversity, exactly 80 years later. The aim is to highlight the importance of social values like tolerance and pluralism, clashing against the uniformity that the Nazis tried to enforce. It’s disturbing to think that our diversity, the essence of exchange and development, could be illegal from one day into the other. 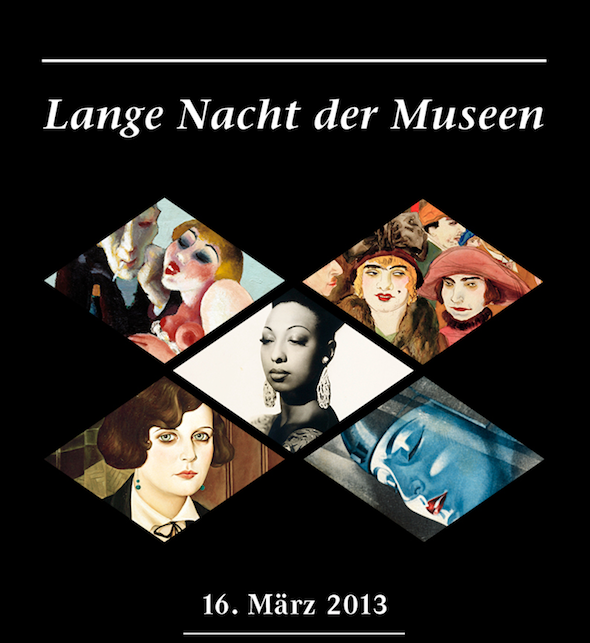 Berlin doesn’t want to forget and opens the doors of its museums on Saturday 16th of March, until 2am, with special exhibitions focused on the people who contributed to build the Berlin of the 20s-30s. Lots of exhibitions and programs will illustrate how vivid the society of the late Weimar Republic was, and to underline how the Nazi regime knowingly choked everything.

As well as institutions like the Berlinische Galerie, the Akademie der Künste or the Deutsches Historisches Museum, for the first time this year the Neues Museum, Asisi Panometer Berlin, the Classic Remise and the Gedenkort SA-Jail will take part in the winter edition of the Long Night of Museums.