If there are three things that Berliners love it’s an exclusive event, a secret location and new ideas. For the first time in Germany, Berlin will play host to The Lost Lectures, which brings together an exciting mix of world-leading speakers including scientists, artists, designers, authors, bloggers and entrepreneurs for an immersive and interactive evening in a location that is revealed only to ticket-holders. 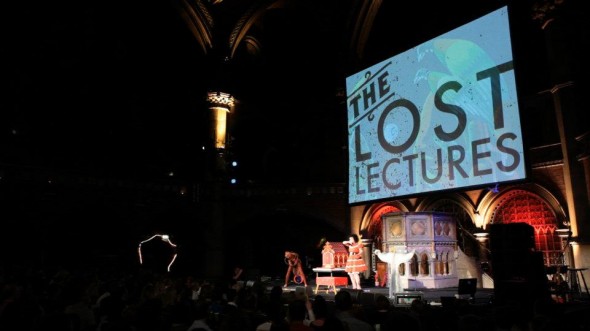 Too often we associate lectures with conference centers, corporations, academia and institutions. However, Lost Lectures Founder Julian K-S has come up with unique events for those who love original experiences in inspiring and art-directed addresses. Launching in Berlin on Thursday 4th April, The Lost Lectures will include six inspiring guests from a diverse range of fields, sharing their ideas for fifteen minutes. With a trail of sold-out shows in London throughout 2012, previous locations have included warehouses, lighthouses, tobacco docks and dance halls.

Speakers for the one-night only event will include: musician/artist Peaches, performing and talking about self-expression; Josef Průša, a pioneer in the world of 3D printing; Katharina Frosch, an economist and co-founder of the community-based gardening initiative Stadtgarten; Prof. Björn Brembs, a Professor of Neurogenetics and world authority on how the brain accomplished adaptive behavioural choice; Anke Domscheit-Berg, an entrepreneur and campaigner for both open government and better opportunities for women in leadership roles; and a final Speaker X whose identity will be revealed on the evening.

We are thrilled that these lectures have found their way to Berlin. However, tickets to the event are extremely limited, so get in early!