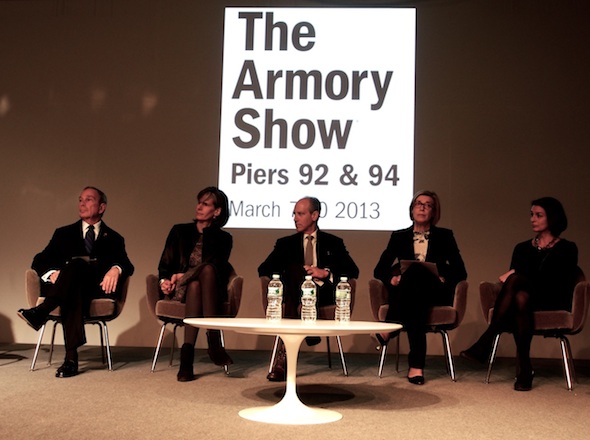 It doesn’t get more established than a centennial celebration. And this year’s Armory Week was no exception. The throw backs came complete, including an updated urinal? Andrew Ohanesian‘s American Standard porcelain may have made Duchamp wince had he been alive to see it, but fairgoers reacted well to the levity of the very photogenic statement. 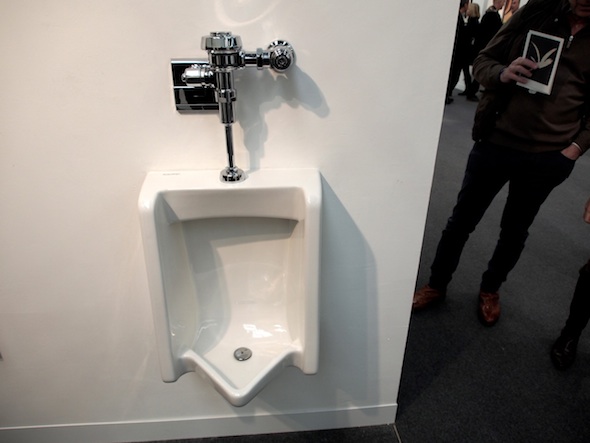 As another homage to the canonical, a mountain of Brillo Boxes completely stole the show. Being ushered into the pier properly after a lightning round of statistics and press statements headed by Noah Horowitz, we were confronted by a cardboard mountain being deconstructed the moment permission was granted. Michael Straus took a moment with us to explain the character Charles Lutz who had been persistently sending fake* Warhol works to his foundation to be authenticated. A literal pinnacle of achievement in this process, the awkward squares disseminated and carried through booths to the chagrin of galleries signaled a major victory for Lutz. 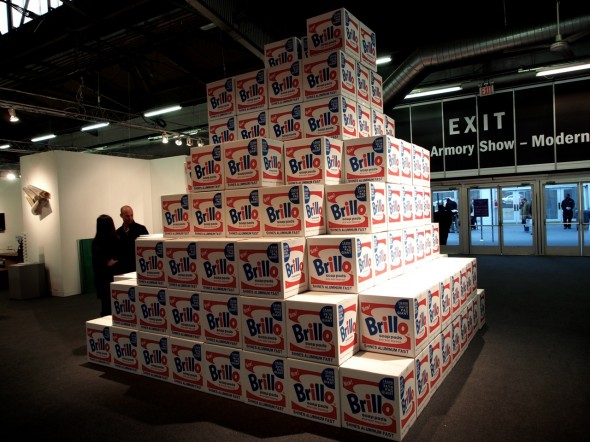 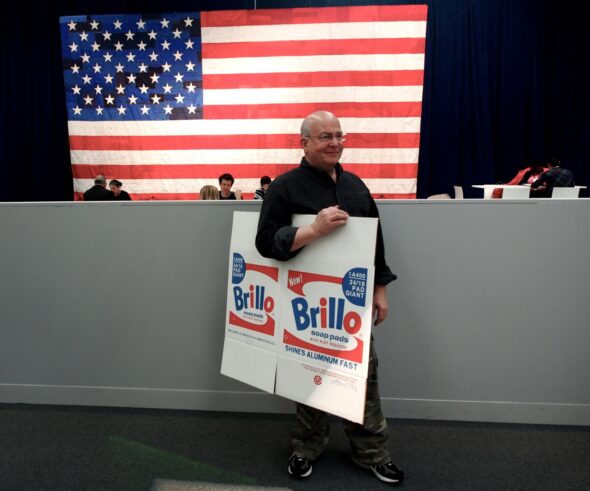 It was a victory for Warhol as well, as it was a Warhol show above a Duchamp for sure. The layout of the Armory was a lot to take in, but in the overwhelming display were many isle oases of fabulous furniture concepts. Artistic statements in their own right, sail cloth chairs from the Mondo Collection speckled the floor like soft sculpture. Bade Stageberg Cox’s Locked Planes was a “deceptively simple” set of chairs which utilized plywood and digital technology to the most elegant effect. 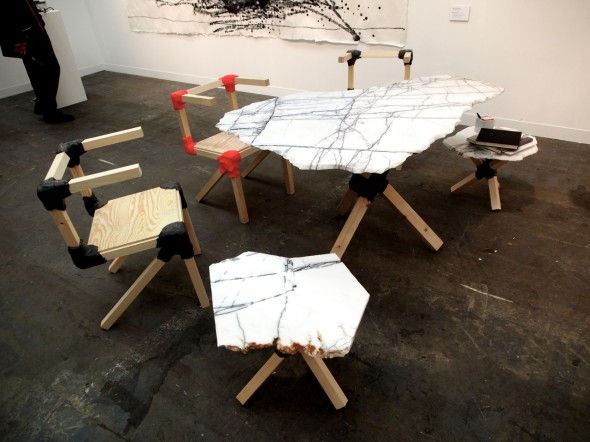 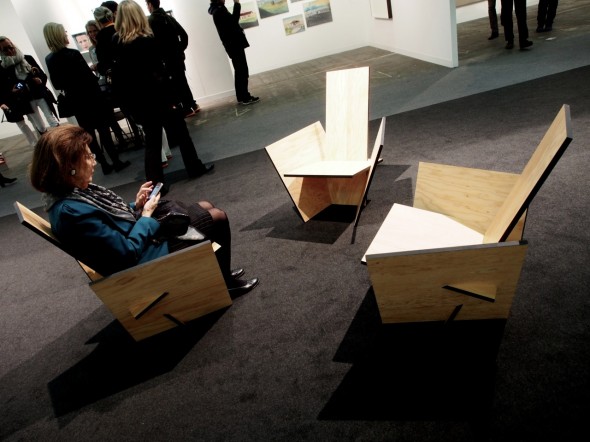 This was just the furniture outside of gallery booths – the work inside the cubes was another level of innovation. By now Richard Artschwager is a classic name to see in conjunction with a deconstructed seat, but Berlin Galerie Crone’s artist Jerzy Seymour brought the functionality back to the form in a contemporary way. The innovative use of deskilling and “design to the people” mentality made his workshop chairs stand out amongst more polished works. 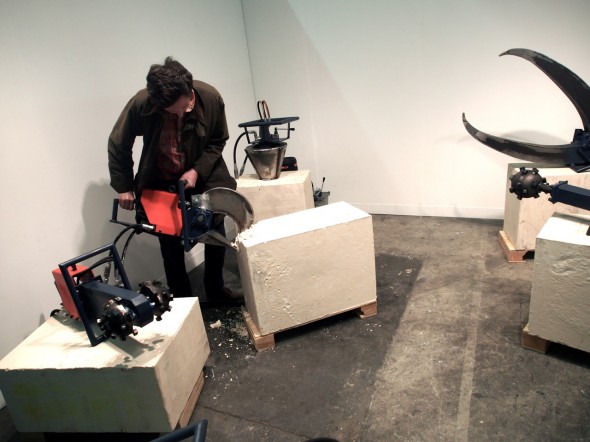 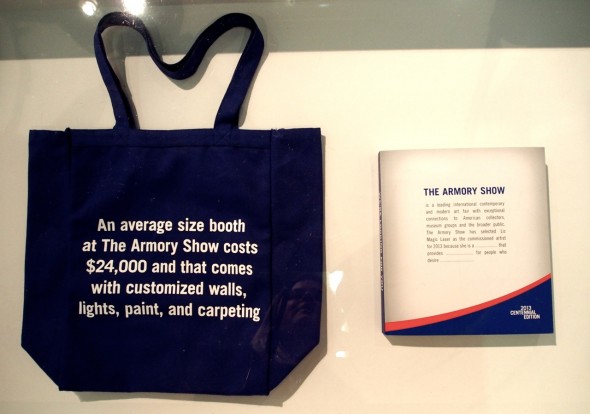 Another singular sight in terms of form and function was to be found at the Hannah Barry Gallery from London. In their booth, artist James Capper demoed his whimsical mechanized constructions, a very welcome change from the otherwise static works surrounding. This kind of humorous take on simple gestures carried through to many works, and indeed there was very little sinister voices running through this celebratory event. The work of Liz Magic Laser, the Armory’s featured artist could have been construed as a negative take on a capitalist engine that runs the art economy, but as a whole even that seemed more matter of fact – if not a bit cheeky. 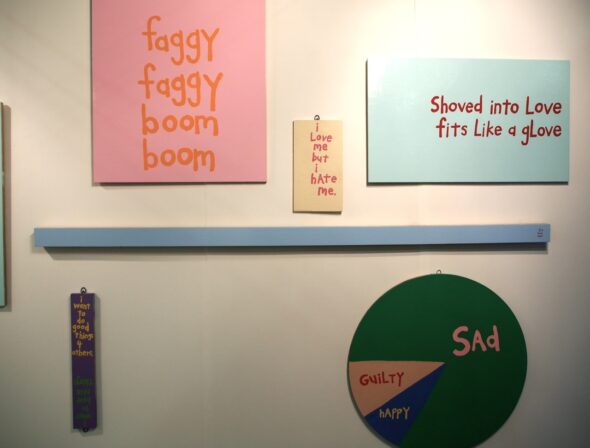 Notorious neurotic Cary Leibowitz managed to stay on the (semi)bright side with his work at the Invisible Exports booth (If you can still take a crack at Dick Cheney, you’re probably in a good way) – but really, who could be too upset when they’ve just completed a major installation for the Hudson River Park?

All in all the mood was electric, and the attendance was bolstered by satellite fairs rather than limited. And just as the seasons change, fairgoers exiting the pier complained about the entire spectacle in their taxis, planes, and yachts all the way home. But hey, that’s the Armory. Happy 100 years!

*”Charles Lutz wasn’t sending “fake Warhols” to the Warhol Foundation to be authenticated.” He doesn’t claim that his works are actually by Andy Warhol. They are faithful reproductions of Warhol’s works made by Lutz, which he sent to the Warhol Authentication Board as his own works for the very purpose of having them rejected as not “authentic” works of Andy Warhol as part of a conceptual art project to challenge the concept of authenticity.”

More views from around The Armory Show 2013: 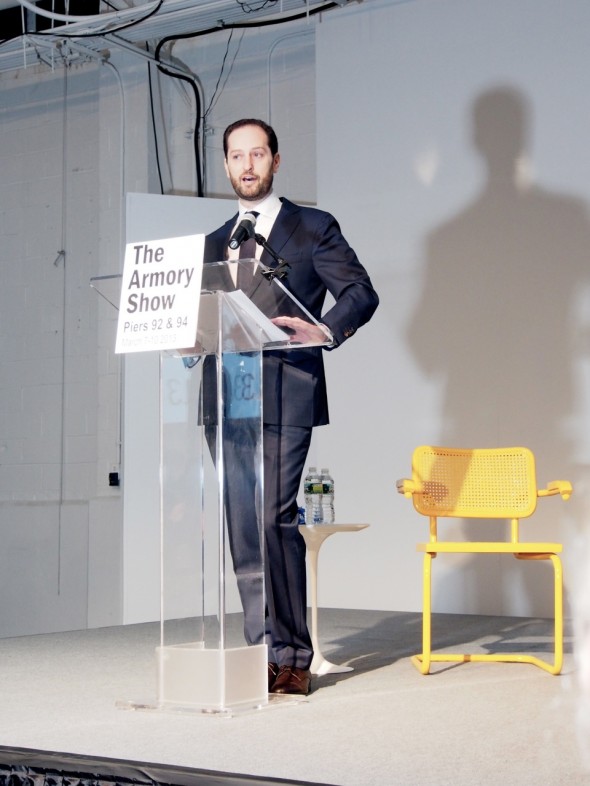 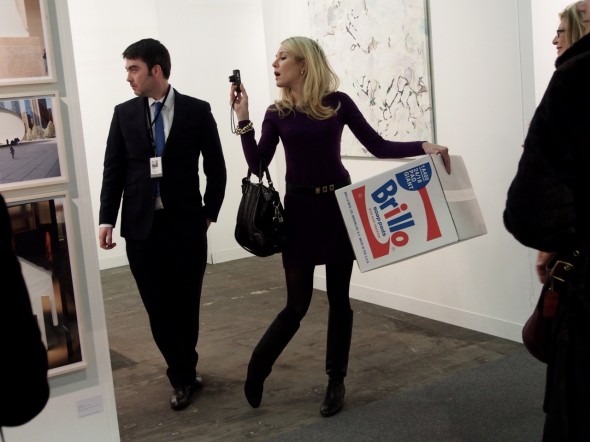 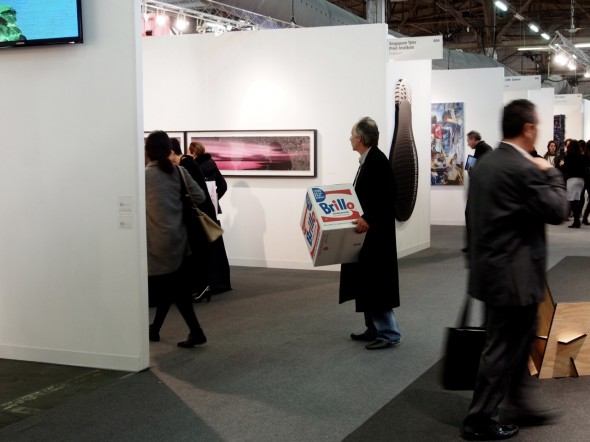 ..and another Brillo Box 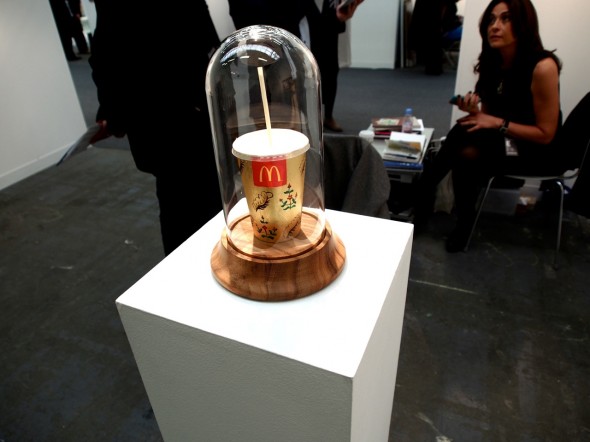 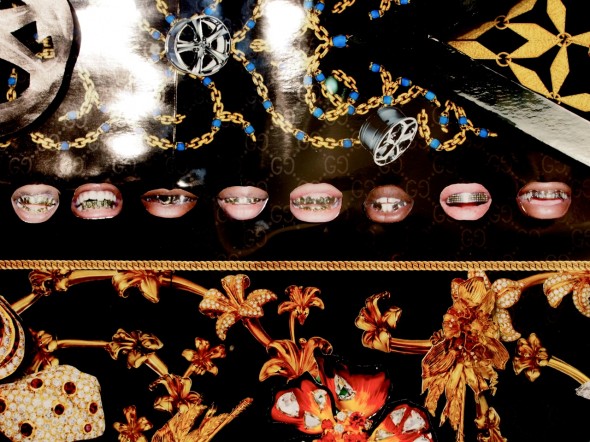 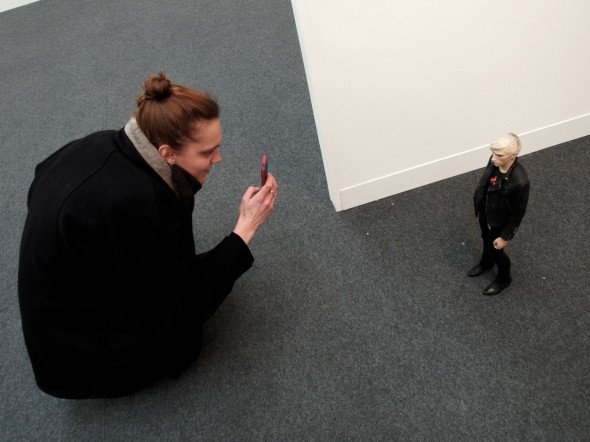 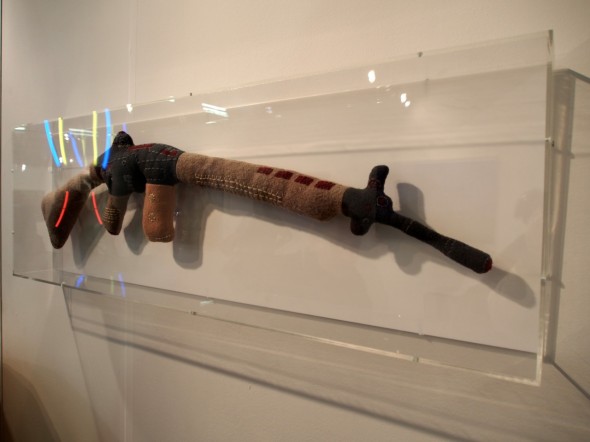 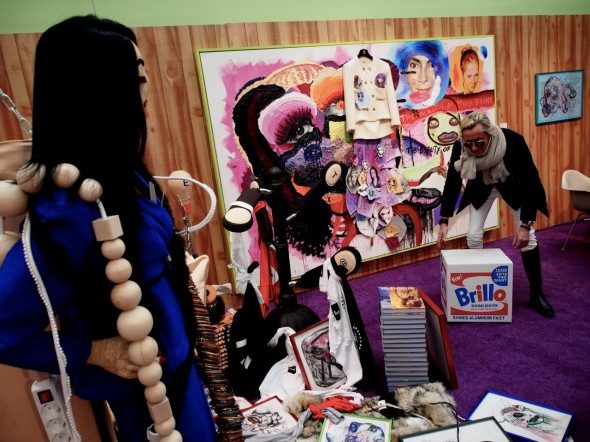 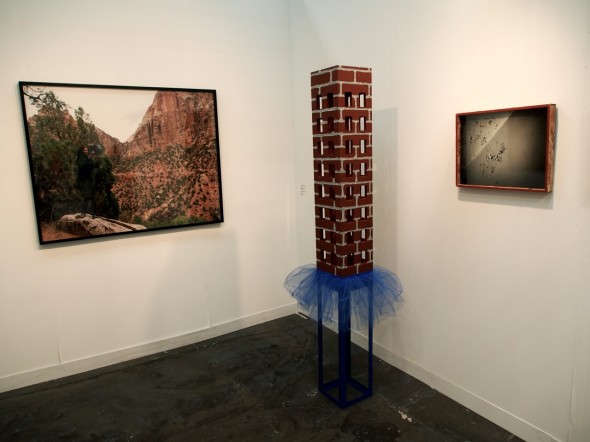 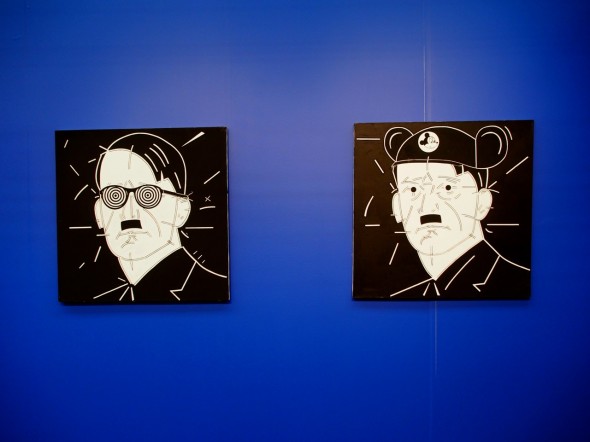 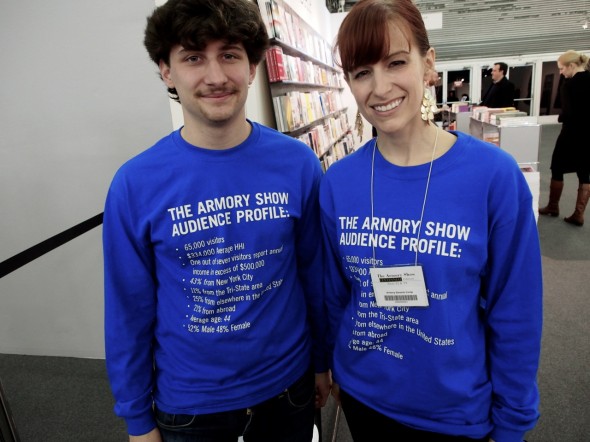 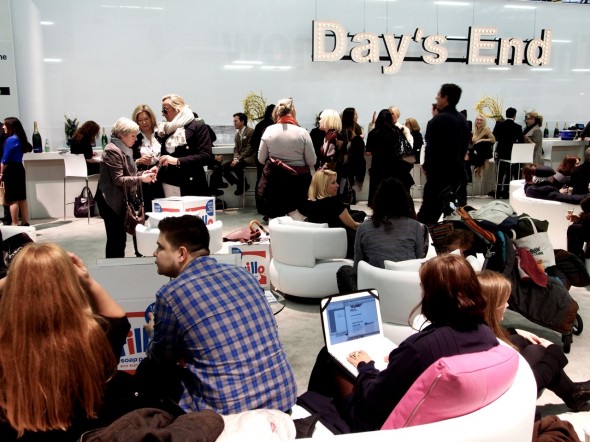 Lucia Love is an New York City based multi-media artist with an eye for the whimsical. Be on the look out for her weather reportage, paintings, sculptures, and musings at www.lucialoveart.com

Anastasia Loginova is a NYC based artist who loves a good laugh, entertaining and the sun. Currently she is the US ambassador for Olafur Eliasson’s new project the Little Sun – together they aim to bring light to all in the world through solar power. Biologically from Russia, Anastasia was born in Cuba, raised in Cyprus, and lived in London and Berlin before setting sail west and settling in NYC. A magnet for enthusiastic endeavors and non-stop idea floods, she herself does not get to sleep much or settle down. Future plans include learning the art of trapeze, Portuguese and migrating to Sao Paulo perhaps, but for now the city that never sleeps is keeping her hands pretty occupied. More on where to get your own little sun at: www.littlesun.com