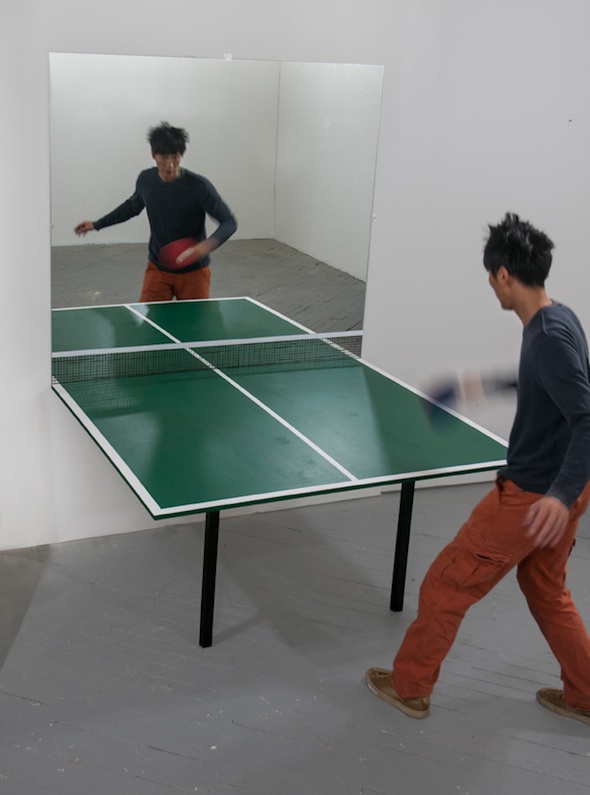 On April 25th, an exhibition opens in Frankfurt called “Mann Cave” by the artist Trong Gia Nguyen. Though not in the neighborhood, the show is worth noting and the artist even more so. Filled with allusions that deepen the harder you look or the more you learn, Nguyen’s artworks blur the line between art history, literature, psychological musings and every day life.

Nguyen’s sculptures and installations all have a playfulness about them that can at first be appreciated for their colorful or quizzical aesthetics. Then you find out the title, then you read somewhere about the piece, and new doors are opened. Pulling from pop culture clichés to historical references to German writers, Nguyen piles layers of meaning into his work–– and energy (he transcribed word for word literary works on grains of rice). 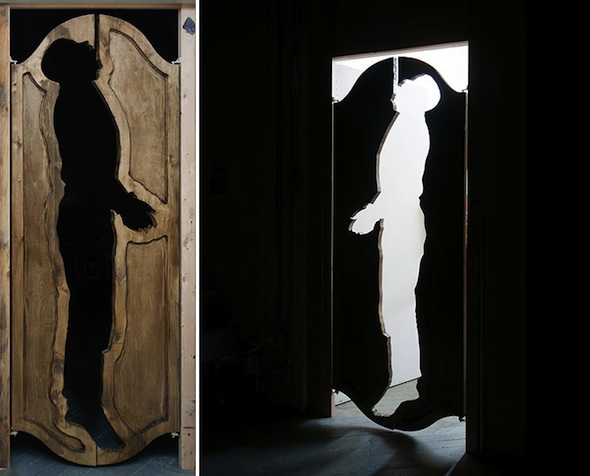 His most recent exhibition is no exception to this depth. The title alone brings forth such stereotypical images as sports and hunting memorabilia, flat screen televisions, leather and stone, scotch and whiskey. “Man cave” is the American name for the place where men go to get away from the grips of wives and family life, usually tucked away from it all in the basement where prize fish and antlers can be hung on the wall without scaring anybody. This concept that Nguyen quite literally plays with carries a humor but also a twisted psychological undertone–– the dark, hidden side of existence and decay. Thus, Nguyen chose “Mann”, referring directly to inspiration from Thomas Mann.

Take the Saint Sebastian dartboard, the comical twist of the saint’s fate, whose martyrdom came from death by arrows and who shows up in history books and paintings pierced with them. Fate and martyrdom, questions of fame and mortality are taken even further with a basketball jersey recognizable as Michael Jordan’s iconic one, but the name is replaced with “Air Qaeda”. Things get lighter, but still contemplative, with the half ping pong table jutted up against a mirror, inviting a game of self-reflexive one-on-one.

Another of Nguyen’s series will also be displayed, “Library”, those grains of rice upon which literary works are written word for word (including Rilke’s “Letters to a Young Poet” and the first chapter of Mann’s “Death in Venice”). These are then stored in mylar packets and designed with the look of old library cards. Try picking out the layers in that one.