New York born and now Berlin based curator Max Schreier has put together an exhibition at Import Projects that examines through eight international artists the ability of the internet to produce both comfort and anxiety in our personal lives. The works make use of a pastiche of media from various online social platforms, with artists using their relationships with technology as a means to form cultural portraits and personal histories. 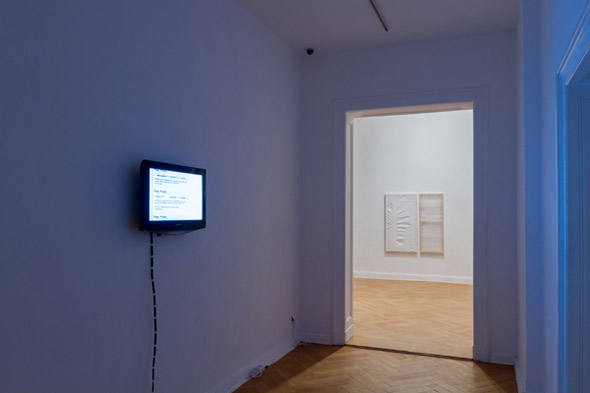 Artist and filmmaker Chris Coy sets the tone of the exhibition in the gallery’s front space with his didactic work, Selling Picture of Britney Spears – $150. The video is an 8-minute tease between Coy and a woman called Leslie who is desperate to sell a digital photograph of Britney Spears at the mall for cash. It’s a sad yet humorous interaction that reiterates our cultural obsession with celebrities while at the same time exploring some of the issues underlying the selling of digital images. When Coy asks Leslie how many copies of the work she is selling and in what format, he is seeking a justification of the price. These questions echo the same arguments that encompassed analogue photography and edition making in the late 1970’s and examines the ethics and responsibilities when selling infinitely reproducible products. 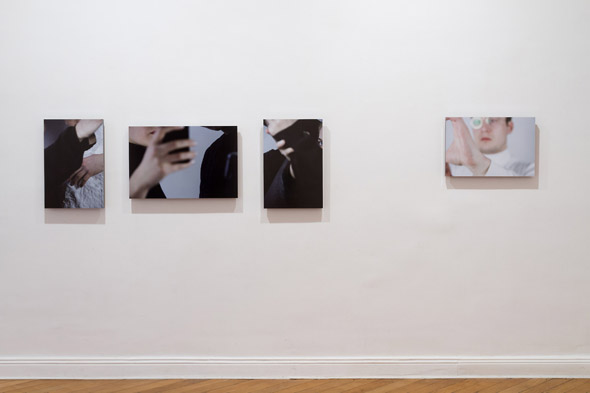 Lindsay Lawson’s photographic images of body parts replicate the ubiquitous selfie taken on i-phones. It’s a gesture that is immediately recognizable and endlessly repeated on social platforms such as Facebook, Twitter, Flickr and Instagram. As a genre, the selfie has been vigorously embraced by contemporary culture (and often used to create highly flattering representations) and has become a public display for the all-consuming self that seeks to document, validify and immortilise existence.

In Evan Roth’s work, Internet Cache Self-Portrait: July 17, 2012, he uses the data from his cache to create a digital diary. For this work, Roth chose to display the results from a particularly unhappy time in his life, using the Internet as a cathartic visual tool. The searches are random, with digestible art pieces mixed with a multitude of easily recognizable figures including Tom Cruise, Katie Holmes, Leonardo DiCaprio and Barack Obama. It’s an intimate and uncensored contemporary portrait, and it makes me wonder whether I would be brave enough to share my own search results with others. 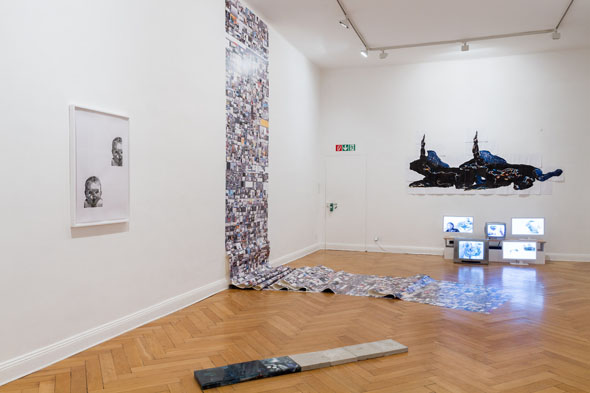 Juliette Bonneviot recycles her trash to make works of art. Her works comment on the popularity, influence and righteousness in the last five years of the professional and amateur blogger. Drawing inspiration from a blog by a woman who claims to make zero waste, Bonneviot decided to collect her own trash over a specific period and then solidify the waste in resin. The objects, which resemble tiles, are then placed on the floor as if they were part of a domestic environment. It’s a tongue-in-cheek work examining the growing expectation that moralising about personal experiences through blogging can have a positive impact in the real world.

Spending countless hours a day online, each of these artists creatively poach and re-contextualize images to analyze, dissect, and critique contemporary society. Max Schreier has put together a cohesive exhibition that comments on how rapidly technology is swallowed and regurgitated by the general public. It’s a timely exhibition that encapsulates how artists are using media to reflect and negotiate the world around us. 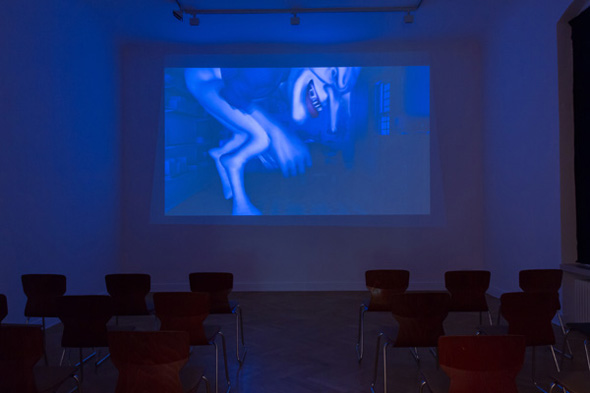 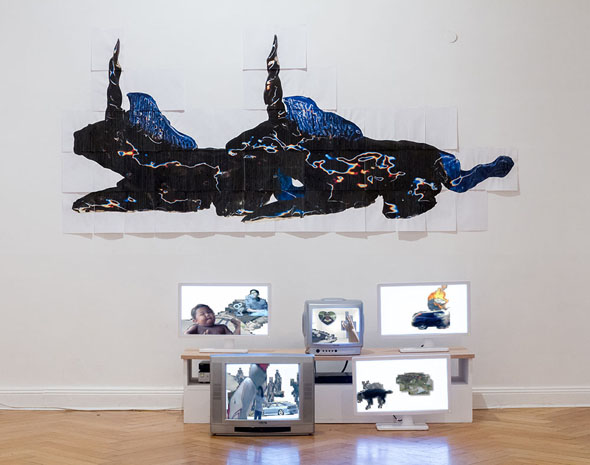