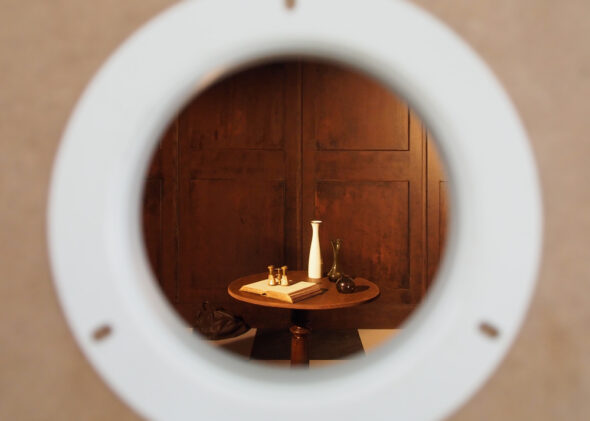 British artist Martin Butler calls his new home base in Berlin a playground for artists and art. He rejoices in its two airports, three opera houses, and more liberal culture than his former residence in Italy. “Alice through the key hole” is Butler’s most recent work currently on display in one of these artistic playgrounds––appropriately titled, OM-D: Photography Playground.

Part multi-media, part performance, the works of Martin Butler combine his background in theater and current life as creative director and concept developer for performance and live events. Drawing inspiration from years involved with art, dance, theater, music, fashion, media and technology, his current work in Berlin makes visitors the center of the piece, forcing them into shifts of perspective created by structural designs and jarring optical illusions. 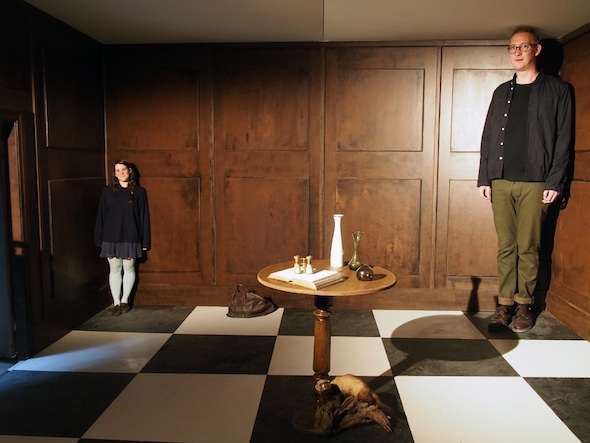 Butler sends visitors into a space that seems to be built with right angles, but the corners are manipulated, turning proportions on their head. Reinforced by checkerboard flooring, a person in one corner appears as a dwarf, while a person in the other looks like a giant; everything in one corner grows, while in the other everything shrinks. Butler describes his part as merely offering a visual platform. Ultimately, it’s up to the user to create the piece, to decide how to use and interpret it.

The assumed source of inspiration is Lewis Carroll’s famed book Alice in Wonderland, but his interpretation seems to come fundamentally from the theater. Butler explains how much of it also came from exploring proportions in a fashion context. Three years ago he did a project for Diesel Black Gold, designing a proportion-space based on classic Baroque theater. With a background in theater and choreography, we’d expect nothing less. As his interest in the greater total image of the stage grew, he moved from show design to stage-work and performance. He admits his theater works were always quite installation heavy, making the transition rather seamless. Though installation-based, the actual technical side of his artworks is not highly developed. Butler’s works are what he calls analog––not very high tech, instead the focus is on aesthetics.

As most creative minds turned professional artists, Butler found himself here because, as he says, “I do not know what else to do…actually all i can do is create stuff. I can not change a light bulb, all that basic stuff, i can just create.” His education geared him toward this, and he’s most happy simply when he’s making stuff. Whether it is a film series, the stage, installation, performance, or fine arts, he believes an artist with a signature (his is somewhere in the realm of use of space and play with time) can translate this to all forms and mediums. “Alice through the key hole” and other projects of Martin Butler stand as proof of such a theory. 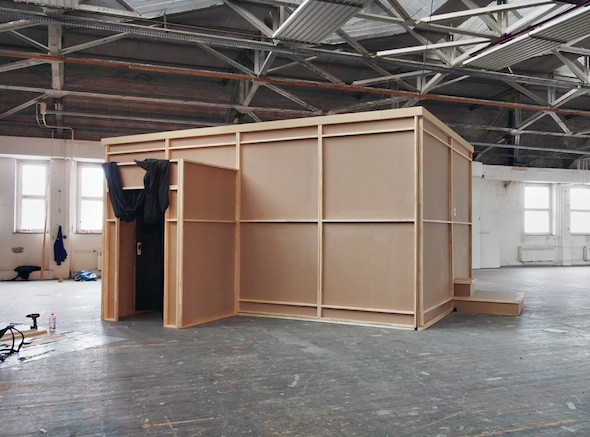