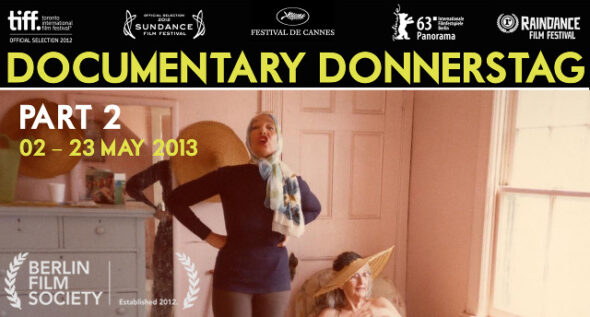 This Thursday, Documentary Donnerstag kicks off its second half of their 2-part screening series of award winning documentaries. Presented by Berlin Film Society, the weekly event offers a unique mix of documentaries that explore race, censorship, sexuality, filmmaking and personal memories. The curation of films is intended to showcase significant new and archival films that deal with and communicate the addressed issues in creative, effective and imaginative ways.

The first film of Part 2 is Golden Slumbers by the director Davy Chou, who in this film reconstructs the Cambodian cinematographic legacy. Other showcased films include This Is Not A Film (2011), Grey Gardens (1976), and Capturing The Friedmans (2003). See the trailer below for Golden Slumbers.

Berlin Art Link is a proud sponsor of Documentary Donnerstag. Stay tuned for event updates and ticket giveaways on our Facebook and Twitter pages.