I first fell in love with Jud Bergeron’s work when he was making Cubist-like sculptures. They at once reminded me of Boccioni, Picasso, and Giacometti–not as a copycat, but as an addition to their school of thought. I loved their multifaceted, kaleidoscopic surfaces, but also that they came in candy colors like baby blue, which, to me, anchored them in modernity. They felt like an artists play on the popular world of vinyl toys. 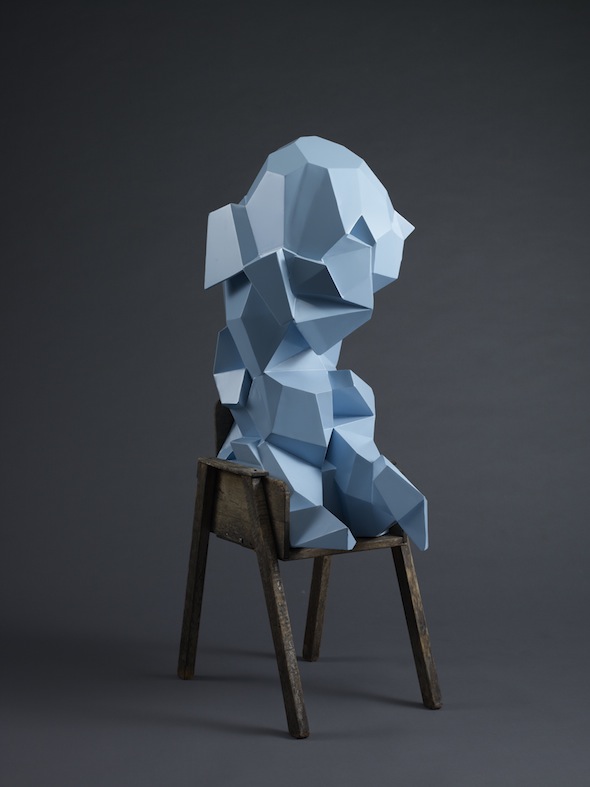 Bergeron’s most recent project, Quack Quack, is an explosion of bronze ducks–vastly different from his fragmented pieces, but still alluring. As part of an upcoming show in November at Mark Wolfe Contemporary in San Francisco, Bergeron looked to crowd-funding to raise the money needed to cast an exorbitant amount of bronze ducks. The public responded–and quickly–and the project was funded in just a few days.

Kickstarter success aside, Bergeron’s work is deeply personal. His range in style, which seems to evolve each time he begins a new body of work, is directly related to events in his life. Many artists have a hard time letting this happen, letting inspiration change their work naturally. I’ve seen many artists get stuck in one-trick pony type careers, they become afraid to move on. That’s what impresses me so much about Bergeron; he is a visceral artist who plays by his own rules while translating his life into evocative sculpture.

Patrons can still get in on the Quack Quack action. Bergeron has launched the second part of his Kickstarter campaign to include funding for a sculpture called My Pal Foot Foot. The campaign ends in seven days.

LORI ZIMMER: I’ve compared your sculptures in the past to Cubism or Boccioni. What has made you decide to depart from your fragmented style of abstraction into the recognizable bronze rubber ducks?

JUD BERGERON: I enjoy working in a multitude of styles and materials, and I find that each body of work I create is necessarily a departure from the last, which allows me to define the correct narrative. As a point of reference, in 2008 I had a solo show at Sloan Fine Art in New York, and the narrative of the show was dealing with the death of a close friend who happened to be a poet, so naturally I created sculptural works made entirely from text and, specifically, from my friends handwriting. In this case the narrative also played a huge part in the materials chosen. I thought that if the written word is essentially black and white, then I can only use corresponding materials, steel and wood. 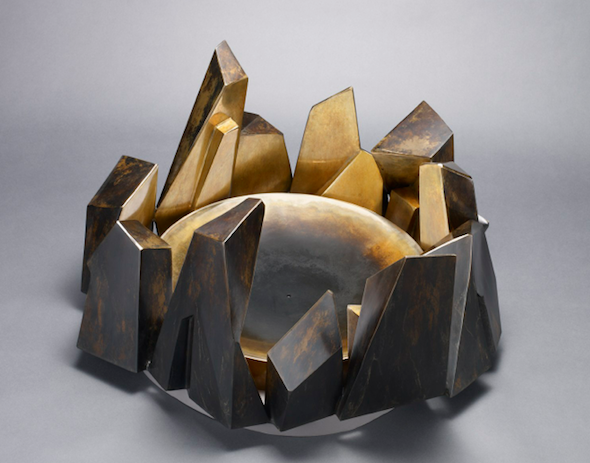 Two months after that show opened I became a father and my life took on a multifaceted, fractured feel, and that is when I started creating the polygon pieces. As that series developed into more of an observation on parenthood, there became a need to explore other iconic childhood references, and things presented themselves to me naturally, like my daughter’s first words being “quack quack” in reference to the bath duckies. To sum it up, each show is radically different–which drives my galleries crazy–but I approach making art much like telling stories or making movies; it’s a lot of things put next to one another that then creates a single idea.

Since I tend to compare your work to art historical pieces, what sculptors or artists are you inspired by?

There are so many, but if I had to pick a few contemporaries that really speak to me they would be Marc Quinn, Antony Gormley, Anish Kapoor, and Martin Puryear. If I were to draw from the past I would have to go with Brancusi, Henry Moore, Giacometti, Noguchi, and Juan Munoz. But far and away the most important sculptor in my life would be the recently deceased Stephen DeStaebler. I was fortunate enough to know him and to help him for a few years–from 1996 to 1998–with the patinas on his bronzes. His work is so daring and beautiful, upsetting and thoughtful, that I can spend hours thinking about a single piece.

Your Kickstarter campaign for Quack Quack was funded in an incredible three days. Congratulations. Did you ever think it would be funded that quickly?

No way! I thought it would be a long haul, and I was prepared to really work it for the 30 days to simply not be a failure. I was just as stunned as the next guy that it was funded so quickly. Now that it’s been a couple of weeks since the launch, I have had some time to reflect on the success, and I’ve stumbled on an interesting theory. For the first time in my career I have allowed all of the people who have been following my work, including friends and family, to support me in a way that is financially feasible and can make a huge impact in my life. There are very few people that are able or willing to spend thousands of dollars on a piece of sculpture, but almost everybody can spend $25-$225 for an original piece.

What projects do you have coming up?

I’m working on cracking “the sculptors conundrum” when it comes to 3D printing, and I’m trying to avoid my own obsolescence. I’m currently trying to partner with a number of Bay Area tech companies to address this issue. I can’t really talk about it yet, but it’s pretty exciting stuff. I will be having a solo show at Mark Wolfe Contemporary in San Francisco in the fall, which will include “Quack Quack” and “Foot Foot” as well as a number of other new pieces. I’m working with a number of boutique shops in San Francisco and Los Angeles who will carry all of the remaining ducks and duck-related ephemera once the Kickstarter ends, and I plan on continuing to raise two of the best humans on the planet.

This article originally appeared, in a slightly different form, on PMc Magazine