Olaf Breuning is a master of balance. His work oscillates gently between what is genuine and what is false, imagined or real. Inside his bright New York studio, tiny figurines and mementos pepper every surface in between the artist’s drawings and photographs. Breuning does not want to choose just one medium to work with; in addition to film he works with photography, installation, and sculpture and spends a great deal of time drawing. Sketches scatter across the table and desk in his workspace. 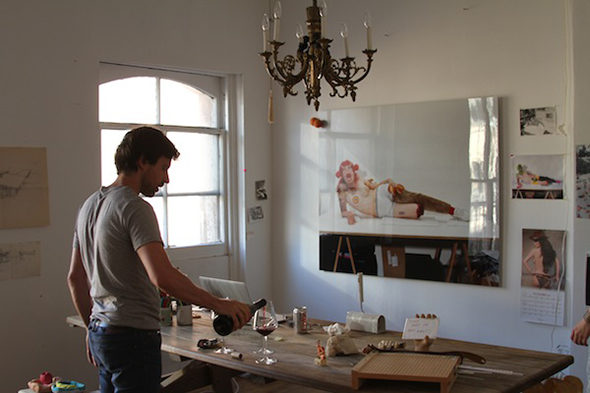 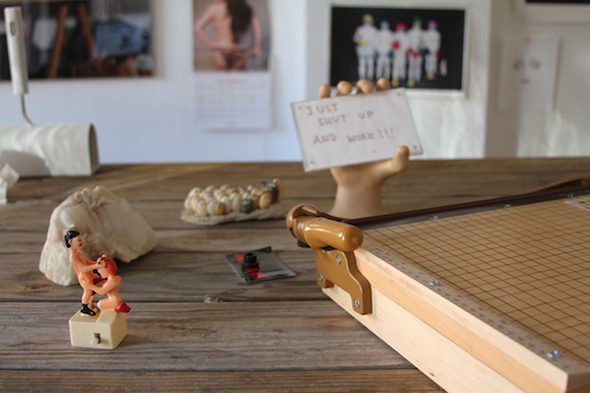 In many cases, what you see is at once recognizable and familiar, but defined and warped by his own unique language. There is something very impish and playful on the surface of the work, but you sense that something darker exists just beneath it, similar to spending time with the artist himself. He is very welcoming and open in conversation with an ever-sharp intensity and challenging tone presenting itself out from under his European politeness. It is this subtle duality that makes his work interesting and delightfully complex, causing the viewer to waver between strange affection, humor and disdain. This is especially evident in Home 3. The resulting imagery will have you laughing and cringing at the same time. 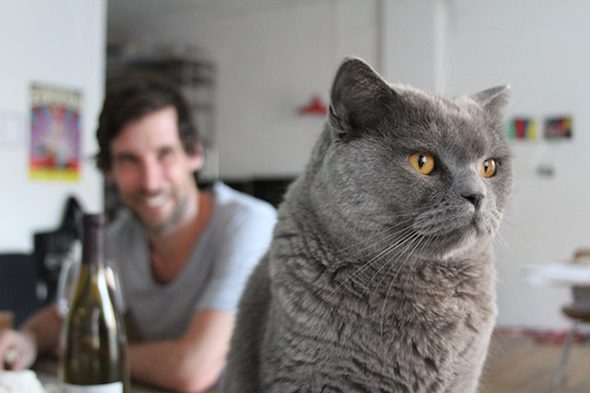 Home 3 (clip below) is the most recent in a series of films created by Breuning, featuring his good friend and long-time collaborator, Brian Kerstetter. The aim was to produce something nervous and New York-like that could function as a snapshot. These days Breuning does not follow a traditional narrative scheme; this is more of an abstract, autobiographical video about adventures in New York with Kerstetter over the last ten years and how things have changed.

The film was shot and edited by the artist using a hand-held camera and Final Cut. This unobtrusive set up made it easier to gain participation from people all over the city – conversations would start about the project and people on the street were more than willing to seize the opportunity to get involved. In one instance the duo encountered an enthusiastic group of boys who wanted to participate. Olaf is a lifetime Hip Hop fan, and they wanted to shoot a video. Despite differences in cultural backgrounds, age and race, the need to make art and the lure of exposure brought them together for one of the strangest hotel scenes you’ll ever see. Breuning highlights our delight and discomfort with celebrity culture in a technology-heavy society. Films can be viewed in full in an institutional venue, but the internet is a different kind of platform of dissemination that allows the work to be absorbed into our culture of immediacy. 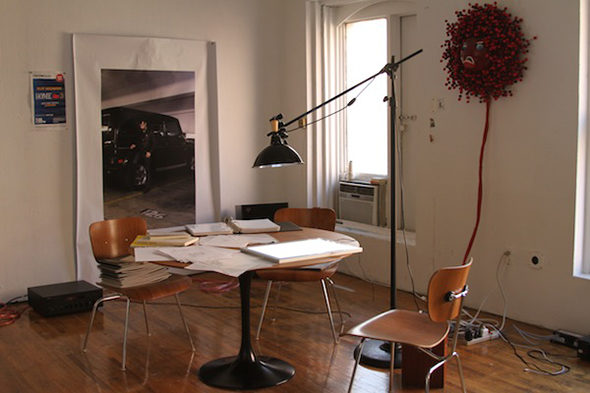 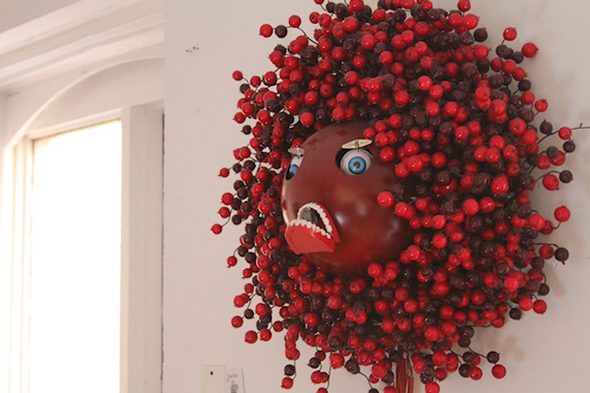 Breuning tends to listen to music for inspiration more than he looks to other artists – in fact he doesn’t even like artists at the moment – they’re not really on his radar. He feels that something is lost, or that humor in art has been killed off by overanalyzing or overdoing it. “You can make a joke in the art world only once or twice before it is dead.” Breuning appreciates work that is not necessarily driven by a social message, just something with meaning behind it. And style. Lots of it. 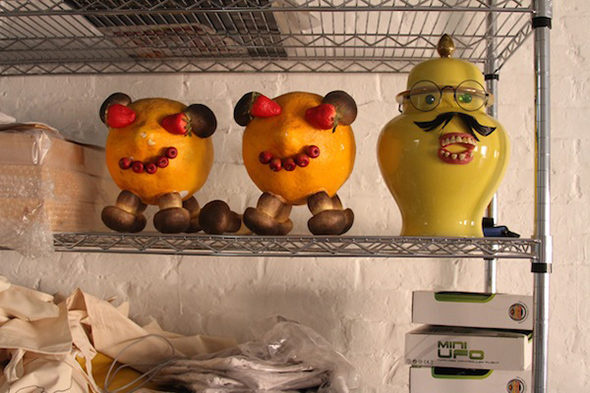 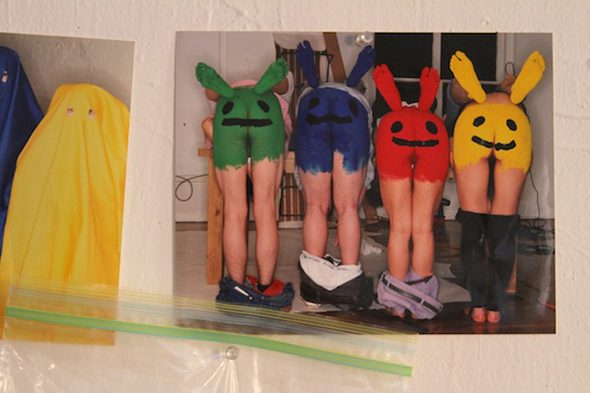 Most recently, he built a stage in his studio to create a series of camel photos for a solo gallery exhibition, Camelops Femina, presented in Dubai at Carbon 12 gallery. Six women and one man portray camels in the images. Here, the artist raises questions about the culture and the dress code in that region while using humor – not an easy task. The people in Dubai are fairly open and censorship is unlikely, but a negative review would have been damaging for all involved. Once again Breuning walks the line using a mix of well-planned commentary tinged with hilarity. 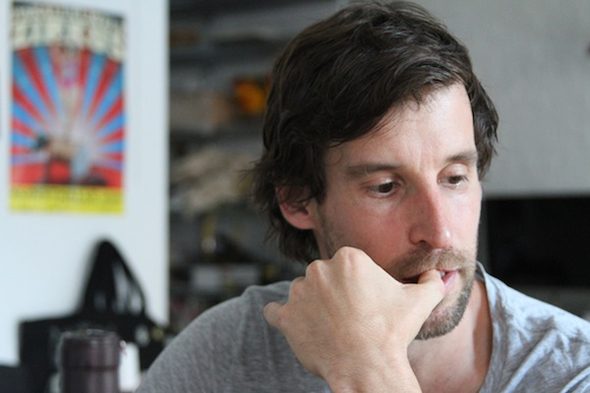 Currently, the artist is developing a grand installation for the Paul Klee Museum in his native Switzerland, set to open later this year. He is also working on a new photographic series reflecting the evolution of human kind using personified elements and objects like earth, light, wind, fire, kings, ships, and iPhones. He will continue to delight us with spontaneous stories based on primitive human things, origins, and desires. It is possible that he will add painting to his repertoire soon as well, which would be just fine, because truly there is nothing Olaf Breuning can’t do.

Jessica Wallen is a New York-based arts facilitator, curator, and writer. Before moving to the East Coast to study at New York University in 2010, she produced visual and multidisciplinary exhibitions in San Francisco and Berlin. This spring, Wallen completed a pilot curatorial lab program with No Longer Empty in Manhattan focusing on site-specific exhibitions and is currently a consultant for MTA Arts for Transit and Urban Design.