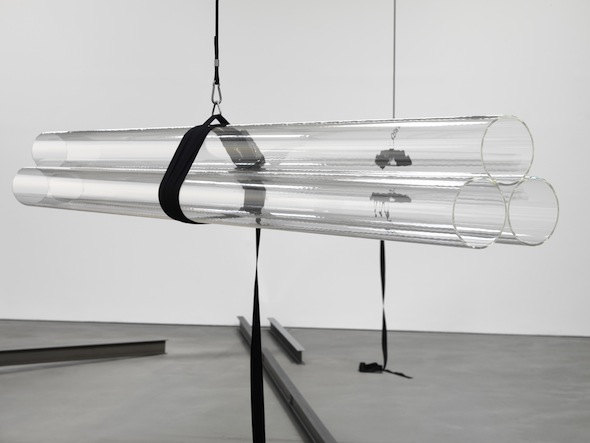 ‘Conceptual Tendencies’ is a series of exhibitions started in 2011, conceived with the intention of bringing together a representative group of artworks from the Daimler Art Collection. The previous stage of the project dealt with issues under the heading of Minimalism and led the organizers to acquire works specifically for the sequel ‘Conceptual Tendencies’, now in its second round of exhibitions. The show features some well known names, such as Sol Lewitt, and several great artworks that describe and exemplify deeply what conceptual art is. The exhibition is a wonderful breath of fresh air in comparison with the usual gallery shows you see around Berlin.

Located at Potsdamer Platz, it’s difficult to imagine a gallery existing there. The square has wonderful buildings, real architecture, but it doesn’t feel like real life, some corners seem long-forgotten, even when they have just been completed, some areas have an abandoned feel, like an archaeological site. But amongst the Arkaden, a Starbucks, a multiplex cinema and tourists, there is a small door that leads to a luxurious staircase with a luxurious lift. Once the feeling of alienation due to the marble and heavy doors has gone, it’s time to take an interest in the exhibition. 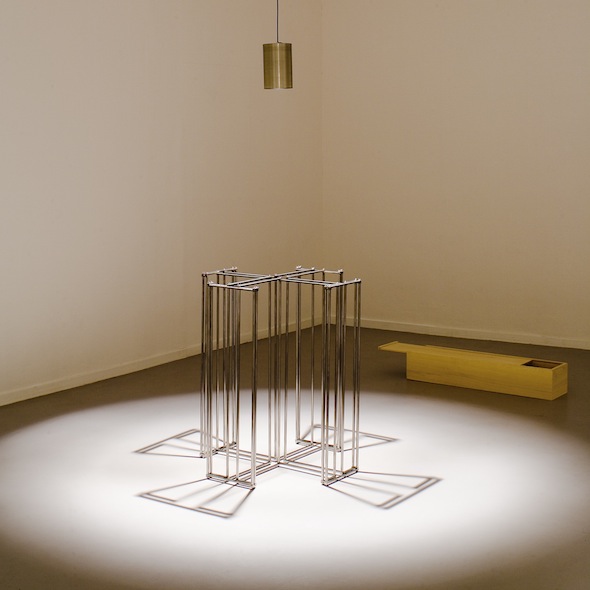 The founding father of Conceptual art is often considered to be Joseph Kosuth, but minimal artists such as Donald Judd and Robert Morris had already planted the seeds. Formally, it often featured photography and quotations in objective structures, creating conceptual systems complete in themselves. Conceptual art usually tends to minimize materials, often employing seriality and preferring an industrial appearance and mode of reproduction. Conceptual art is a godsend for every art lover, because it goes to the heart of it all, examining the conditions under which art comes into being, conceptually and formally.

Well, we can snub Sol Lewitt, who everybody knows. The first work to attract my attention is a small one, simple and clean, a metal sculpture that a child would have fun putting together. It looks easy, but it’s not, of course. This sculpture is part of the series Modo de Usar, literally “manner to use”, that the artist Leonor Autunes began in 2003. The work combines industrial materials and deals with space physically and virtually, proposing a sculptural vocabulary that offers scales and patterns through a given model. Moreover, playing on the tradition of the ready-made, the artist gives instructions on how to build the piece. The sculpture is thus potentially infinitely repeatable. 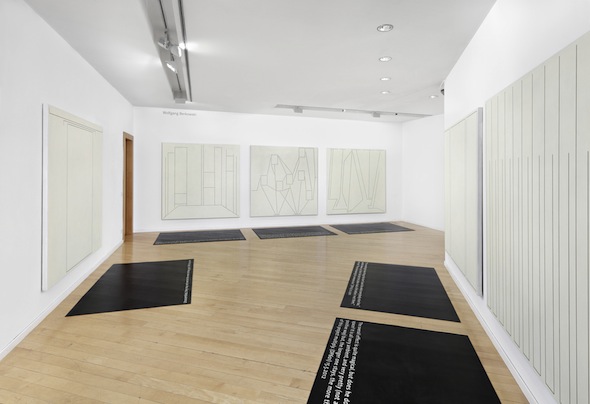 Entering the largest room of the gallery we find the largest piece of the exhibition. The raw formal qualities of this work are immediately fascinating; the impression of weight plays a significant role. Natalia Stachon places plexiglass tubes suspended from the ceiling through tension straps. The work is reminiscent of a construction site where tonnes are lifted, partially through balance, where things seem sure but are still dangerous. Below these elements, in their precarious state of balance, are some heavy planks lying on the floor, solid and stationary. This piece, Drift, could be described as a simple aesthetic experience, playing on a simple contrast between materials, making obvious their characteristics when related to one another. It’s a study on the nature of perception.

In Wolfgang Berkowski’s work we find the use of quotations, so typical for Conceptual art, and the kinds of linear structures that descend from Minimal art. The Daily Paintings transfigure geometrically the content of the juxtaposed quotations in a way that could only be called poetry. The artist produces successfully a connection between two different signification systems, stepping beyond the concept of both and creating a new zone of meaning in between. The entire show Conceptual Tendencies 1960s To Today II is a valuable historic excursion, featuring great artists such as Fred Sandback, Kazuko Miyamoto, Sandra Peters and Brian O’Doherty. A perfect reason to stop at Potsdamer Platz on your way to the Stabi or Kunstbibliothek.