On the Saturday afternoon of this year’s Frieze New York, the city was struck by a torrential downpour. Safe within the tent on Randal’s island, fair goers were pressed against the closest windows and doors recording the weather on various generations of iPhone, while dealers’ eyes were all glued to the ceiling of the tent as raindrops made temporary indents on the maleable structure. As a testament to the durability of the architecture, no insurance claims were made that afternoon.

The architecture and grounds of this new addition to art fairdom are some of its most remarkable features. And this year the sculpture garden encompassing the tent contained a diverse and exciting display of sculpture running the gambit of artistic production. 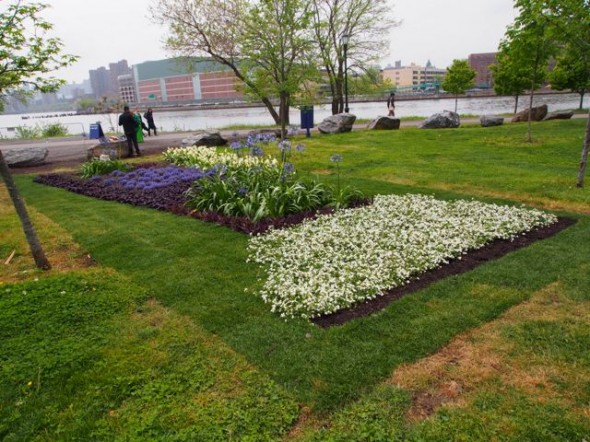 Maria Loboda for Frieze Projects, Smoking Room in a private Palais in Brussels, as seen from entrance, 1905 (2013) 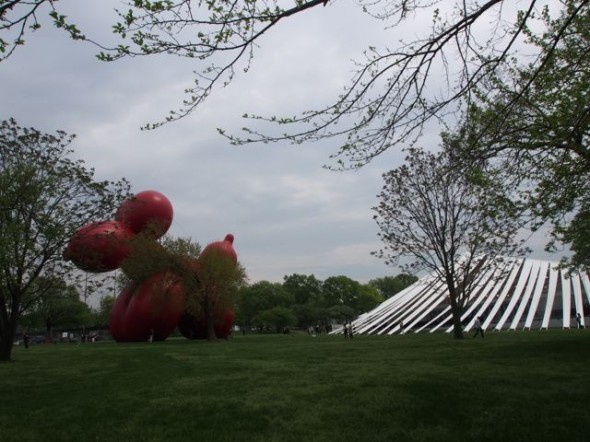 Maria Loboda‘s site specific work was a pleasant greeting to the island, and was an innovative look at communicating through landscape. Her garden, a direct translation of a painting, came complete with it’s own scent for viewers to carry with them. And just a few yards away was Paul McCarthy‘s comical rendition of a Jeff Koons balloon dog (apt timing for a reference). These two works mark the ends of an idea spectrum present at this year’s fair, where all was present from the subtle and enchanting to the gregarious spoof.

Upon entering the tent, visitors were met with a mirrored banquet table of shots in mismatched glassware by Valeska Soares. The piece prompted a question as to whether or not you could take a sip. Most settled for a photo. 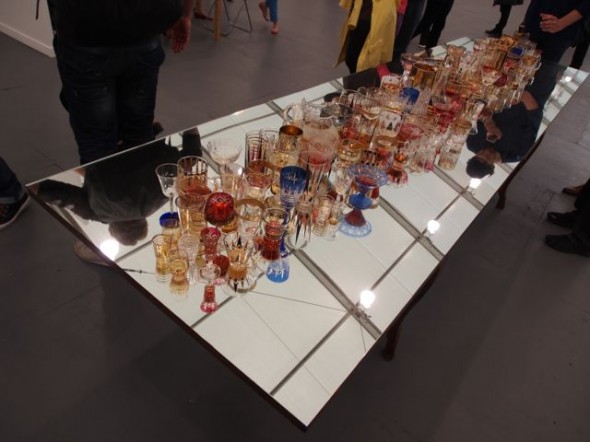 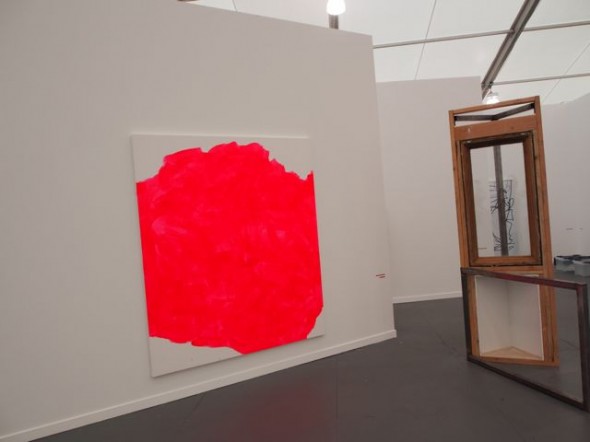 The pairing of Gardar Eide Einarsson and Oscar Tuazon signified a more youthful trend to the fair. Gardar’s haphazard use of neon in minimal abstraction, and Oscar’s film compositions floating in storage containers give way to hopes for more experimental trends to be circulated through the fair environment.

Bjarne Melgaard‘s solo booth was another break in the general curation of objects. A rainbow landscape of blankets, it was even more kid friendly than the giant pizza hanging up by Roberta’s.

Mehdi Chouakri took the Frieze Stand prize however (and rightly so). As far as innovative presentations go, this was not one to break the mold, but experiencing the curation of a space which offered a complete environment (as long as all of your books are in an iPad, since the shelves are printed on) was a conceptually strong tactic. A vision of the infinitely cool cocktail parties a lucky collector will be able to stage in this aesthetically livable space is clearly presented. And I’m sold!

and a few other things we liked… 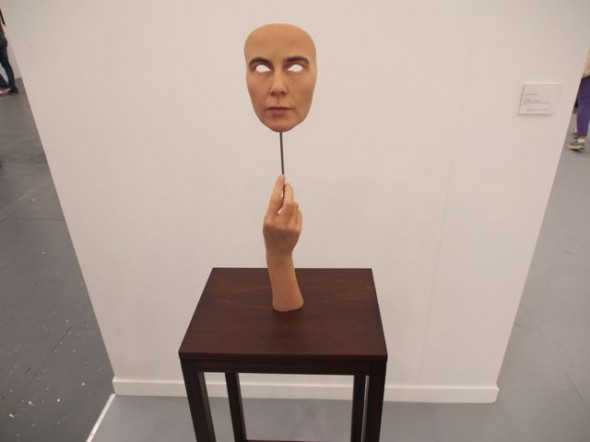 Me as Mask, Gillian Wearing at Maureen Paley. 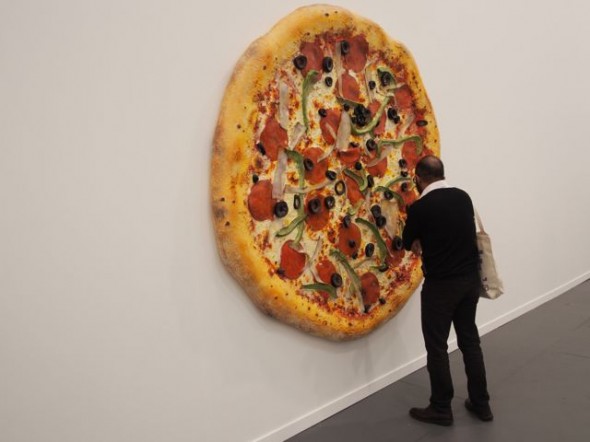 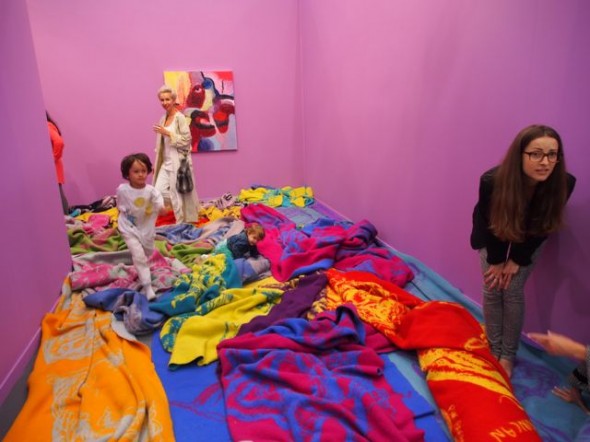 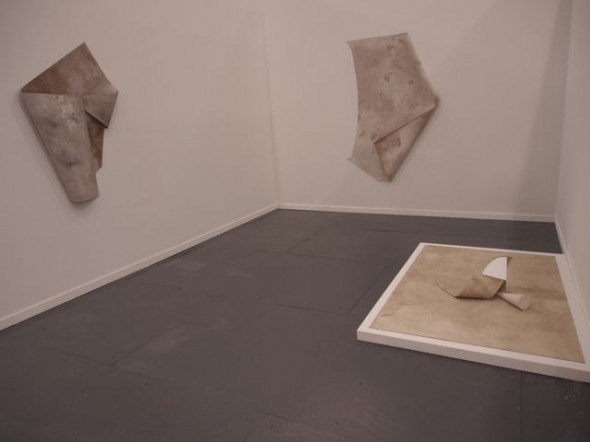 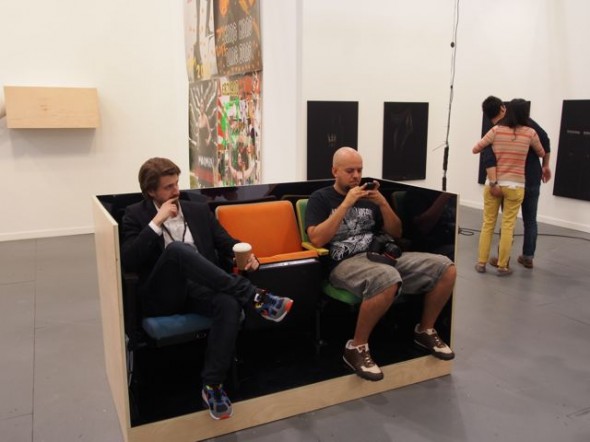 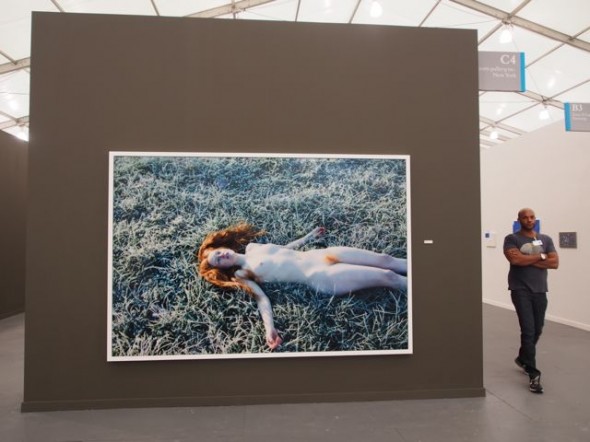 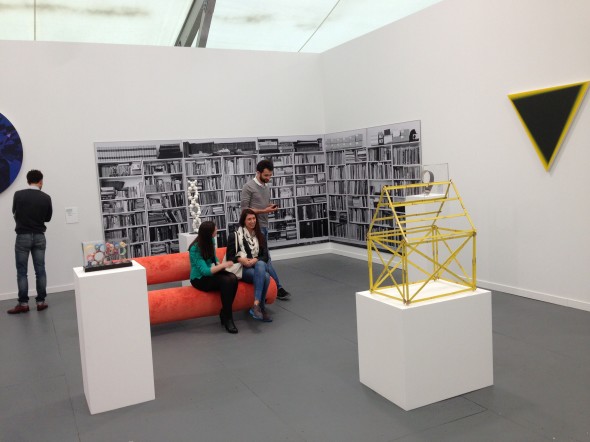 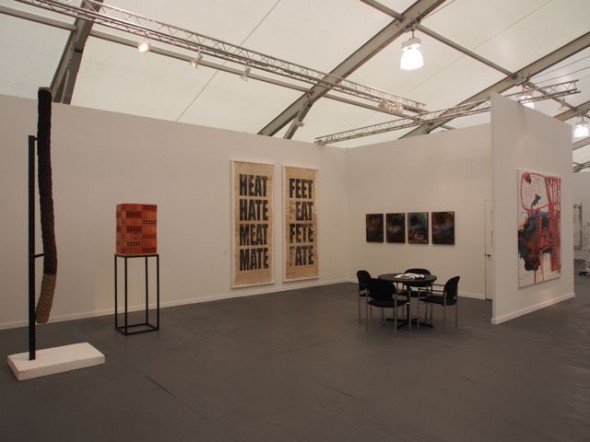