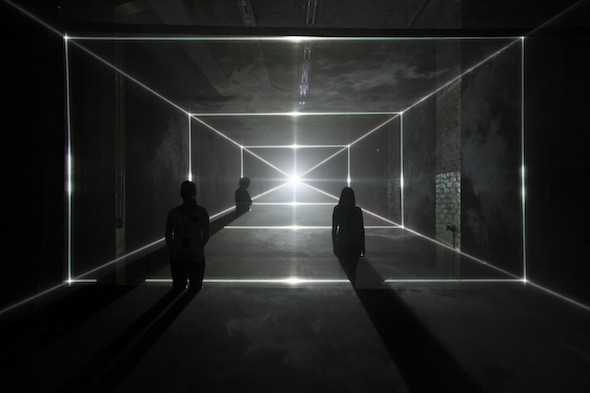 United Visual Artists (UVA) has been described as a practice, a collective and as an art and design studio. From installation specific to large-scale permanent works, each project is different, blurring borders between mediums, making classification impossible. Individual works bring together members from a variety of disciplines, traversing the realms of architecture, sculpture, live performance, and digital installation. In this way UVA represents a new form of the artist while also interrogating how artistic practice is received under the concept of artistic collaboration. Founded on the relationship between passive spectatorship and active participation, the works of UVA expand on this notion through various articulations of space and presence. To gain insight into this innovative group, we spoke with one of the founding directors, Matthew Clark.

UVA is currently exhibiting one of their latest works, Vanishing Point as part of the OMD-OLYMPUS: PHOTOGRAPHY PLAYGROUND exhibition in Berlin-Mitte. The exhibition runs until May 24.

SARAH GRETSCH: United Visual Artists is essentially defining a new notion of the artist. Your studio is being hired for commissions for museums and gallery spaces as if it is an artist. Yet it’s not just one person behind the work but several. It questions the traditional view of an artistic personality, moving into a branding of art, a concept becoming more common with artists like Damien Hirst and Alex Israel. How do you think the public receives such a concept?

MATTHEW CLARK: Indeed. That said, even though Hirst embraces the commercial aspect as part of his work, the concept of an artist studio is nothing new. Artists since the dawn of time have been contracting the help of whole armies of people to make their work. The old masters did so, and even though the artists you named are being more open about it, a lot, if not most artists enlist help in some way or another. The idea of an artist/artwork has already been stretched to the limit by industrialisation. As a result we nowadays resort to ‘vision’ as the signature of an artist. 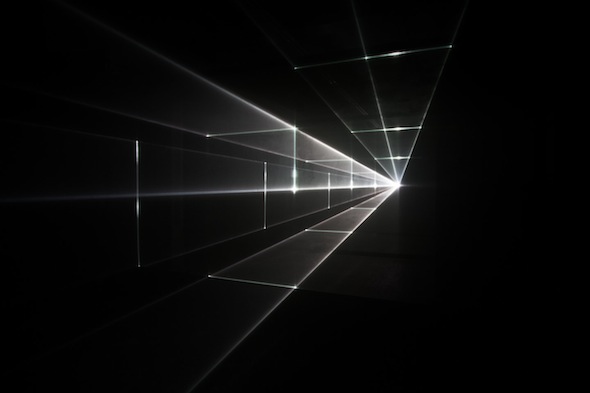 In one way we’re stretching this idea even more, as UVA does not bear the name of a single person (or be it our three founders), in another it’s more honest and true to the concept that is ‘artist studio’. “United Visual Artists” is in effect our pseudonym. A pseudonym anonymously used by different people from within UVA over the years. What makes this special, in our eyes, is the organisational structure that is the result of this. Internally, the conception of a new artwork can be pushed by any member like a collective, but without the ego. Requiring—and allowing—a much more passionate and intense teamwork across many more disciplines then otherwise possible.

How UVA came to exist is however down to three individual people. The three founders provided the initial cornerstones in terms of disciplines and are responsible for creating this unique structure. Naturally they still are very much involved in guarding the studio’s direction.

With members from backgrounds in visual arts, architecture, engineering, production, and software programming there must be a lot of conflicting opinions in developing a project. To make this function there must be a kind of horizontal hierarchy. Would you say this is true? Or are there certain leaders or those with louder voices?

Occasionally there are conflicts of ideas and decisions have to be made, so the founders have the authority to intervene if necessary. Saying this, the process at UVA is iterative so the diverse skills entirely compliment each other on what can be a very complex set of problems to solve. 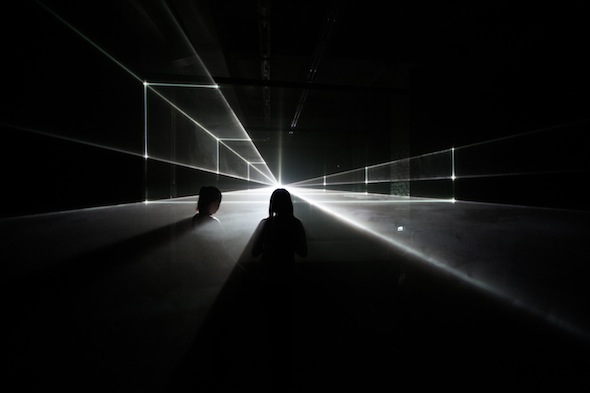 Your current piece in Berlin, Vanishing Point, maintains themes explored by previous works such as the LED sculpture Origin 2011 or Speed of Light, a labyrinth of laser sculptures. Along with these, there seems to be a theme drawing from art historical tradition, this concept of the vanishing point inspired by sketches of the Great Masters, such as Alberti, DaVinci, and Dürer. Would you mind discussing this piece in regards to this art historical tradition?

Alberti defined the canvas of a painting to be a window, with everything behind it as pictorial space. Our use of perspective is in essence a pure comment on—or interpretation, of Alberti’s window, where through projection planes this pictorial space intersects with the real space. The perspective we draw is an artificial one, with lines converging at the laser device as an arbitrary vanishing point. Dürer and DaVinci used perspective as the cutting edge technology it was. Relying on the mathematics and rules to construct images. We’re doing pretty much the same, colouring in between the lines.

Light creates volumes and divisions, rooms and spaces, it has a flexibility no other material has. Light plays a central role in your works, underpinning each different piece. How would you say light is interpreted by the different parts of United Visual Artists?

It’s indeed the flexibility that light offers, especially in the context of digital control that makes it so attractive. No other material is so easily and so utterly controllable, whilst having such an enormous impact on a space, or surface. Rather, it’s this control and especially the experiential result that are threading throughout all our work. 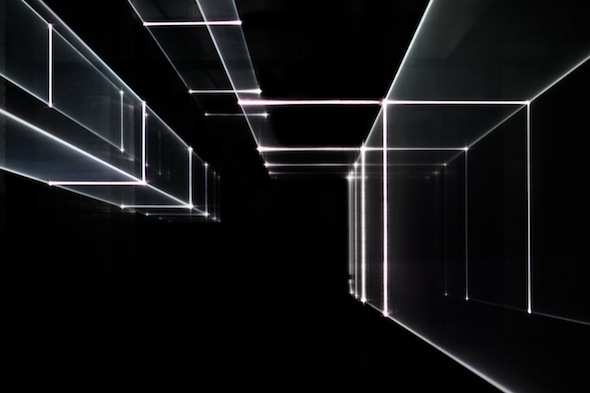