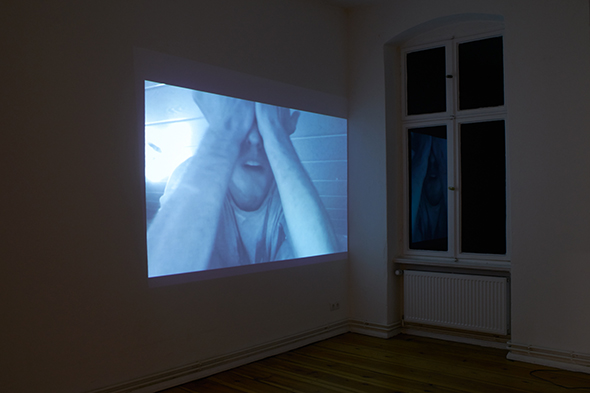 Gallery Heit’s new show “25.04.2014” opened in Mitte on the 25th of April. The title of the exhibition is supposedly transposing us exactly a year later, as if the show was suspended in time. The works of Marius Glauer, Gernot Seeliger and Linus Dutz define a universe that is light and floating.

The large-printed photographs of Marius Glauer are close-ups of fabrics and materials found in the New York markets. The waves on the Chinese fabric, and the blue rowlux plastic film are inviting us to jump deep inside them. The composition could look abstract from afar. The materials are represented on a large scale, revealing the nature of their texture.

Linus Dutz shows a video piece representing himself, his face in his hands, repeating the following words: “love, peace, happiness, we believe, we hope, we enjoy”. In the background we can hear the Feather Theme by Stan Whitmire from the movie Forest Gump. Another piece is a desiccated silver balloon representing a blue dolphin. The whole silvery material that constitutes the fair balloon is flattened and pinned on the wall. 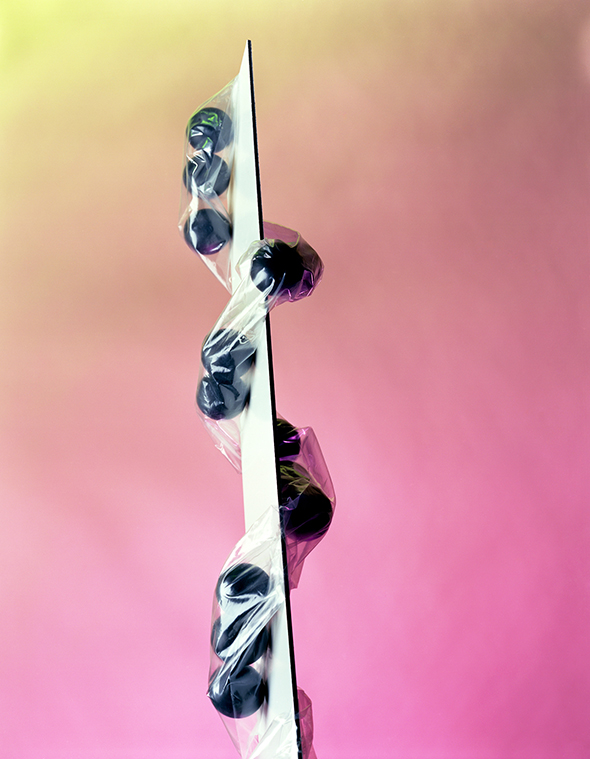 As in Glauer’s photographic compositions, those elements of everyday life are given a symbolic value while being anatomized.

Gernot Seeliger combines objects and elements, like plastic items, or sweets, that he photographs. Some compositions are reminiscent of a spinal column or of a still life. A photograph shows a T-shirt, probably mass-produced, which features a celtic legend. The artist went on a trip to Brittany, where the legend is originally from, and took a photo of the T-Shirt leaning on a dolmen, bringing it back to its origin.

The colour of the T-shirt is similar to the neon blue used in Glauer’s photographs and of Linus’ balloon dolphin. The recurrent blue, along with the soundtrack from Dutz’s video, adds to the dreamy and nostalgic atmosphere of the show. Across various media, the artists transfer symbols of everyday life into a new context. Those waves, dolphins, floating objects, combined objects, those products of the industrial world and of consumer society are anatomized as if they were organic elements, as if the artists were trying to trace back to their the natural origin. They are presented in a nostalgic and poetic manner, giving them the value of everyday life symbols.

The poetic aspect of “25.04.2014” was captured in a piece by Ayca Nina Zuch, Future Works, written specifically for the show and performed on the opening: 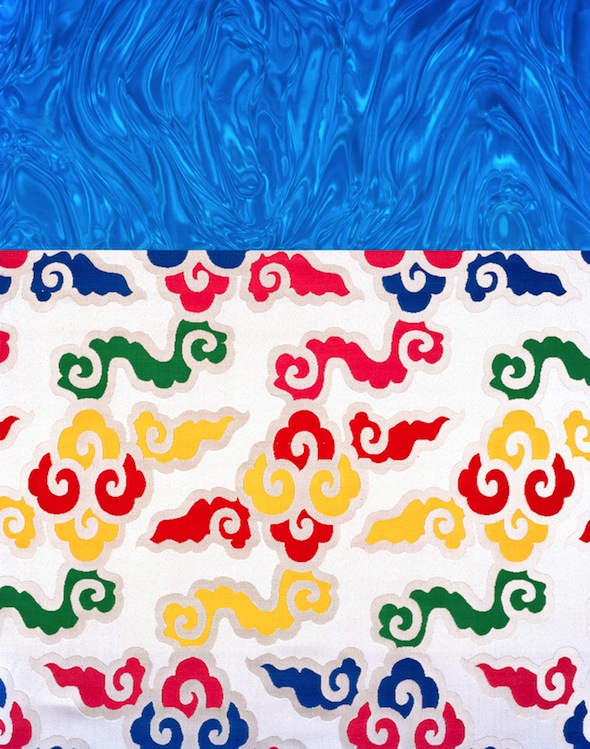 Blog entry by Florence Reidenbach in Berlin; Tuesday, May 21, 2013.