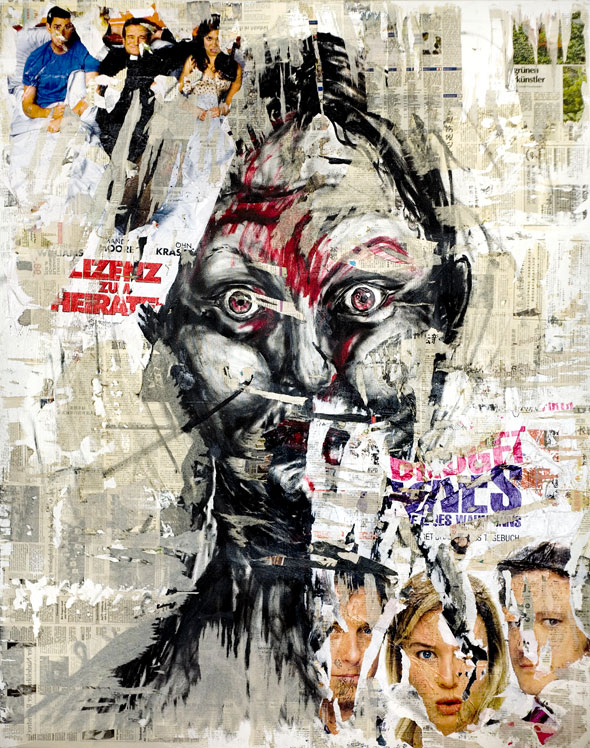 Societal Crucifixion, Winston Torr’s solo show opened on the 23rd of May and offers the opportunity to discover an impressive body of work. Torr became fascinated with newspapers. Their surface condenses social data. Headlines, news in brief, information, trends of thoughts, worldviews, all are stored in newspapers.

While street artists use the urban surface to express themselves, Torr uses the social surface of newspapers, turning them through a mummification process into something organic. The artist attaches newspapers onto canvases, rips them, and rubs them repeatedly, meditatively, like a ritual. Newspapers are a raw material he paints on; it is a new soil, a composted one, from which the artist extracts individuals. They are not just added onto canvas; it is a whole excavation process. There is a search for preciseness. The appearing human beings are nude, mainly athletic figures, free from all influences, and their contours are represented in 2D with the accuracy of a sculptor. Their naked bodies have been transposed from one world to another. They are not depicted; they are searched, found, and revealed as they truly are. They are saved from a context, a background, an environment, from a society.

One can be easily mistaken into thinking of Torr’s work as one of a painter representing the human figure. But the artist’s practice is of another kind; the extraction of individuals. His gesture is also more reminiscent of that of a sculptor. The scarification seems to be part of this search for preciseness, eliminating all that is superfluous. Torr’s starting point is a well-developed world and society whose content he remodels to make human beings appear precisely, free from all social information and influence, rather than model human beings from the texture of a virgin world. It is a reversed genesis. 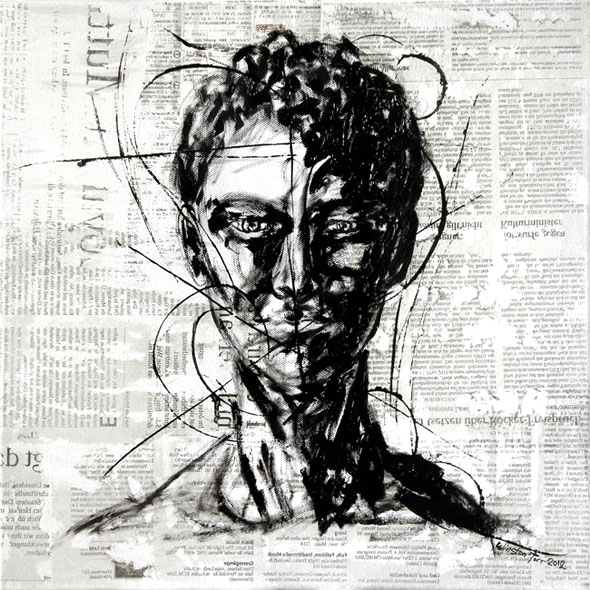 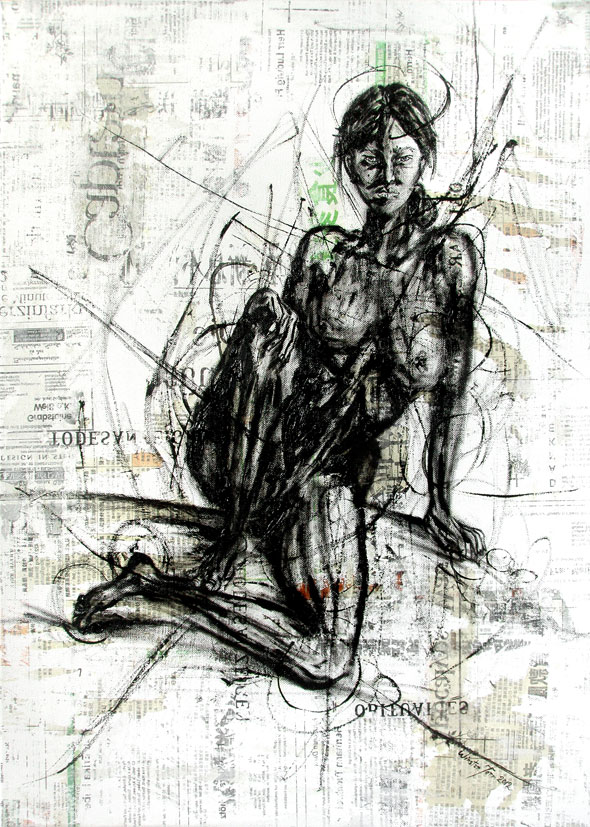 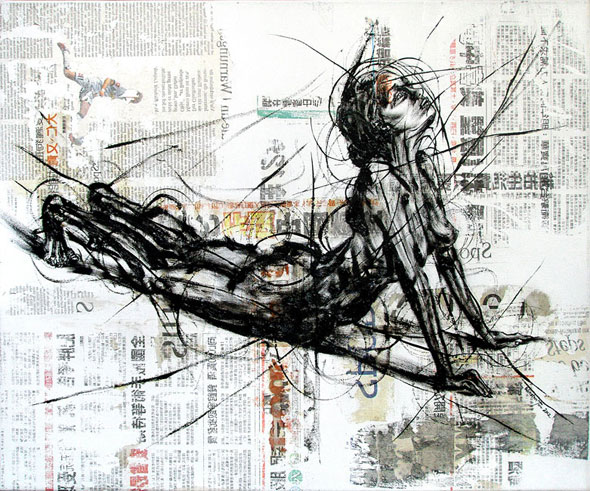 To see more from Winston Torr go to:  www.winstontorr.com