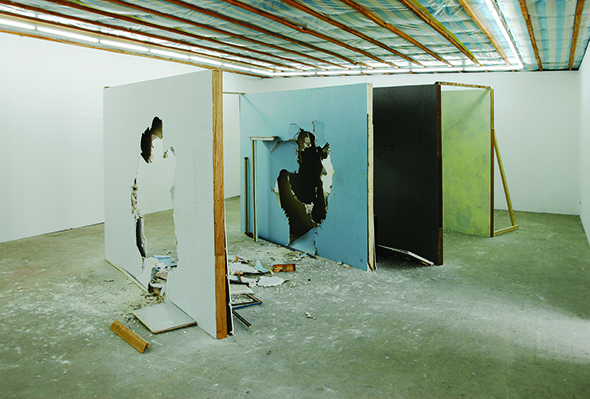 The exhibition Domestic Utopias presented at the NGBK deals with a very articulated topic and confronts different artistic positions around the concept of dwelling and the organization of domesticity. The idea is to underline how architectural issues reflect and interpret social utopias, proposing statements and hypotheses around some key questions that involve the social living of human beings. Architecture, by its nature, is a discipline that absorbs almost every aspect of our lives and influences the constitution of life dynamics; thus why the range of proposals are as wide as they are restricted.

Different works in the exhibition are focused on models and systems developed in the International Style and Modernism ambit. When first the Modernist movement emerged, at the breakdown of the twentieth century, a considerable part of the urban population was living in poverty. Even though most of the modernist ideas were corrupted in the second post war era, the contribution to the advancement of the living condition of the masses is not to be underestimated. On the other hand, it is also true that numerous architectural plans of the times did not answer life’s needs. While magnificent–and at the same time horrible–aesthetic outcomes were achieved, many projects failed to be functional. 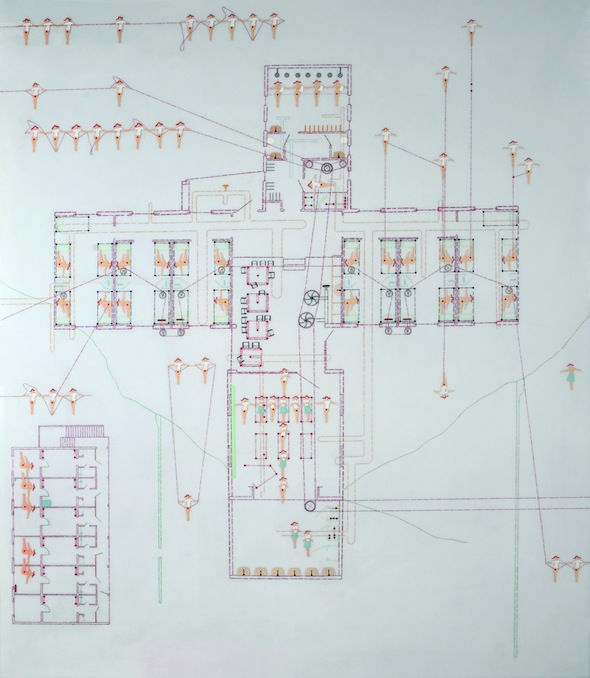 The show provides artistic positions that range from analysis and re-reading on the subject to critical commentaries on modernism. The opening statement in the rooms of the NGBK is You still wouldn’t like me when I’m angry by Heike Gallmeier. She stages walls that play architecturally with the space, symbolising a virtual dwelling model. These walls are broken down though–suggestive of the fact that people don’t necessarily fit in the spaces they are supposed to move in. The work stresses the nature our humanity and our non-standardized way of living emotions, which is the exact opposite of the new man theorised in some of the more gloomy social utopias of the 20th century.

Of course dwelling and domesticity have to consider, as a central issue, the idea communal living. Hilla Ben Ari presents a work about one of the most renowned commonunal living models. Hers is a wall drawing that refers to the kibbutz where she grew up. In Children House (Version 2) she suggests how such a model of dwelling offers protection to people, but it is a system of control on their lives as well. The lack of intimacy and privacy brings about much higher social pressure and imposes behaviour based on feelings of shame. The drawing looks at first like an abstract composition, but is in fact a floor plan of the children’s house. Floor plans often have their own aesthetic qualities, like in this case, but the artist fills the composition with children, who are apparently moved with strings though their paths. 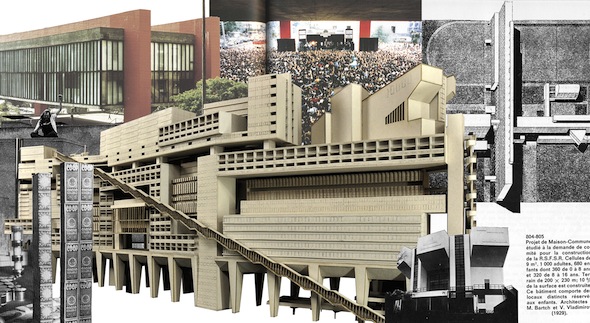 Robert Burghardt presents a scale model of a typically monstrous modern building. Monument to Modernity recalls in one model all of the contradictions and successes of Modernism. Often this kind of collective dwelling is wrongly associated with communism. These immense buildings are usually considered ugly and sad, and this may be true, but they offered low cost housing for a large population that couldn’t afford other accommodation. They are vastly different from what Le Corbusier, Walter Gropius or Bruno Taut thought of in their dwelling utopias, though they partially carried out their task.

This is why planning utopias has been important: an arrow would fly beyond its target missing it. An idea should aspire beyond its aim in order achieve some concrete results. It is always good to collect critical voices, especially when the theme is related to such an important cultural character like our dwelling habits. It is vital that this discussion continues and grows and the exhibition Domestic Utopias goes some way in furthering this complex and engaging topic.