The Berlin Film Society is screening Alejandro Jodorowsky’s Santa Sangre at the CABUWAZI Circus on July 13, 2013. As a testament to Jodorowsky’s fascination with performers, the screening will will be preluded with a live ballet piece choreographed specially for this event by UK ballerina Carina Howard. After that will be a series of live circus performances, including acrobatics, clownery, mime, and juggling.

Mexican and Chilean food trucks will further reconstruct the atmosphere of Santa Sangre, in addition to a supply of imported Mexican Mezcal and Pampero Rum.
After the show, there will be an open air party with a mix of live music and DJs. 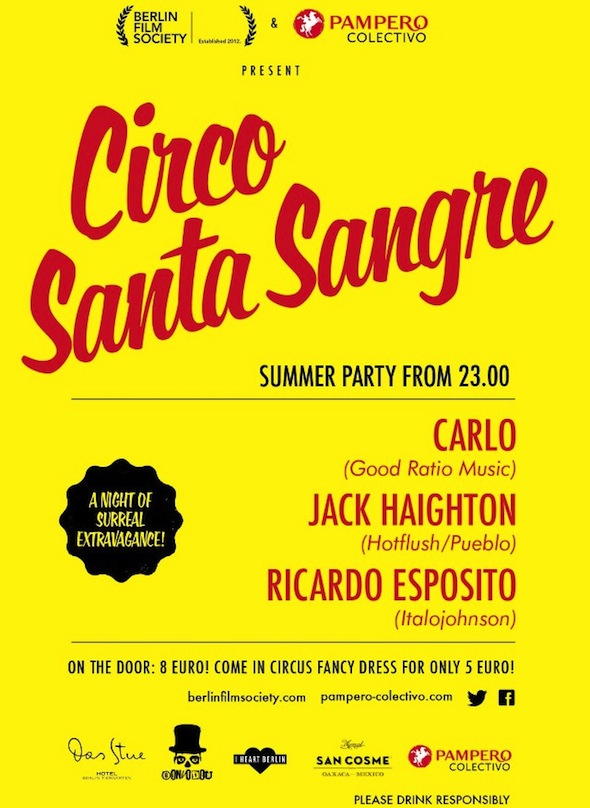