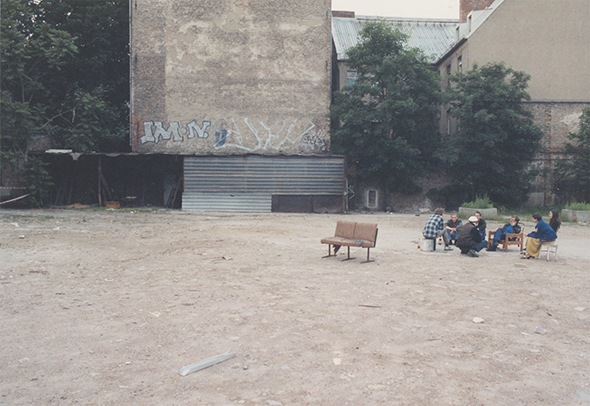 The title of the exhibition, Wir sind hier nicht zum Spaß!, reads as a provocation. It seems to say; unlike the present influx of international hipster dilettantes, we ‘original Berliners’ were serious about life, politics, and artistic collaboration. When passive-aggressive anger is regularly surfacing over the ‘tourist problem’ in Berlin, the exhibition at Kunstraum Kreuzberg/Bethanien offers one version of who these ‘authentic Berliners’ are and where their resentment lies.

Wir sind hier nicht zum Spaß! presents nostalgic artifacts from the youth culture of Berlin in the 1990s (concert tickets, festival bracelets, flyers, badges, posters, walkmans, tapes etc) alongside video and still images of the city’s art and music scene at the time. One room recreates the atmosphere of an underground bar, Sensor, which hosted many of the decade’s most emblematic moments. While some of the items on display are relatable, even for viewers who did not experience the 90s in Berlin, the overriding feeling of the exhibition is one of self-referential exclusivity. 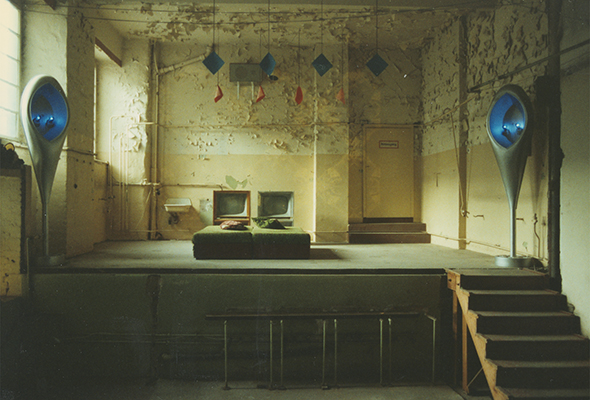 It seems strange to historicize–especially in the classic setting of a Museum–such a recent period in Berlin’s cultural life. What kind of a statement does this gesture of historicization make? On the one hand, it is an interesting testament to the vibrant beginnings of Berlin’s post-Cold War artistic scene. Yet, rather than imagine that period as ongoing, the curators seem to have proclaimed their exhibition as a post-mortem, isolating it, not just formally but on principle, from Berlin’s present.

It should be noted, though, that many of the young artists who moved to Berlin in the early 2000s–however objectionable their presence may now seem to this earlier generation–were inspired by the legacy of the very counter-culture here memorialized (and many other alternative cultures that have blossomed in Berlin over the last century). The tendency to want to separate this particular moment from the overall affect of the city seems symptomatic of a dangerous vanguard elitism. 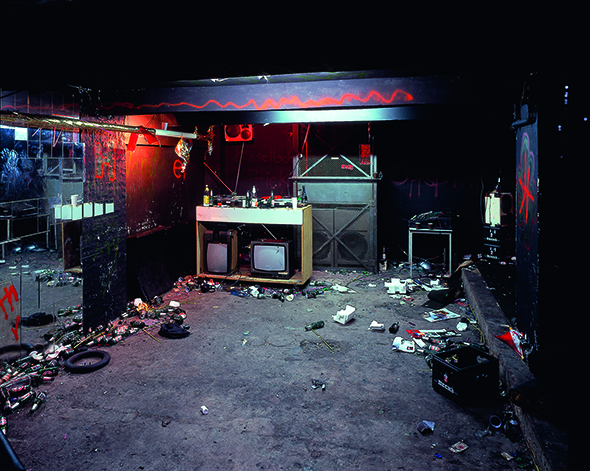 While one can certainly appreciate that Berlin has changed a lot since the heydays of the 1990s, and in some crucial ways for the worse, the impulse of this 90s generation (Berliners and migrants from West Germany alike) to demonize the internationalization of Berlin has at times led to hostile and xenophobic outcomes. This attitude seems counter-productive to dealing with the very real problems of gentrification and artistic commercialization in the city.

The show at Kunstraum Kreuzberg/Bethanien raises many questions pertinent to the social dialogue that should be taking place between the 90s generation of Berlin’s artists and musicians and the currently active one (assuming there can even be a distinction made between the two). The present youth culture of Berlin owes a lot to this historical moment, when new urban political possibilities emerged after decades of isolation and suppression. The series of talks presented alongside Wir sind hier nicht zum Spaß! will hopefully offer an opportunity to debate these issues and to problematize the unfortunate air of exclusivity emanating from the show itself.