‘Paper’, the current show at the Saatchi Gallery in London, adds its name to the slue of shows taking thematic cue from materiality (‘On Paper’ at Galerie Eigen+Art and ‘Works on Paper’ at Momentum were two openings just within the last month in Berlin). Beyond names alluding to material, another trend brings works together that share an underlying theme in technique. From painting, to sculpture and drawing, such shows seem to be attempts to bring classical forms of artistic creation into contemporary dialogue. Rather ironically, in expressing that these are still workable and interesting in a contemporary context, the materiality and technique often becomes buried beneath complex manipulations. 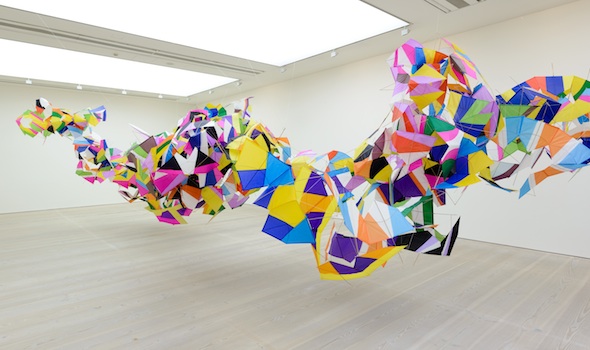 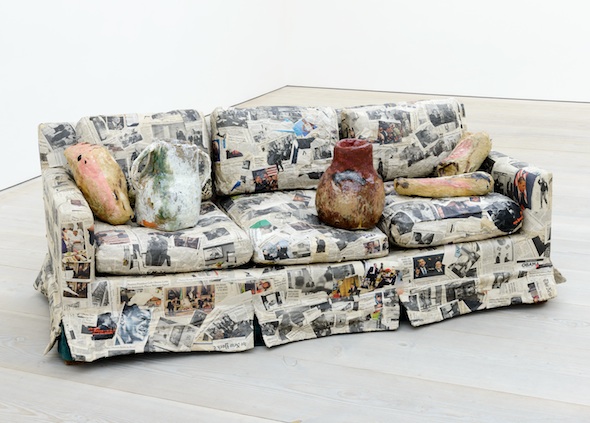 Though ‘Paper’ can contain such moments of searching for the actual material, there is a good balance between the stretching of paper’s boundaries and highlighting its advantages. There are many sculptural works created from masses of paper, appearing heavy and bulky as stone or wood. There are gravity defying moments and use of paper’s weightlessness to trick the eye. Delicately intricate works in which paper is cut out from the insides of take-out food bags, folded into whimsical images, or hung from the ceiling as buildings arranged like a city clearly leave each passerby in awe. I noticed more visitors snapping pictures with their iPhones than in any other exhibition I have attended. 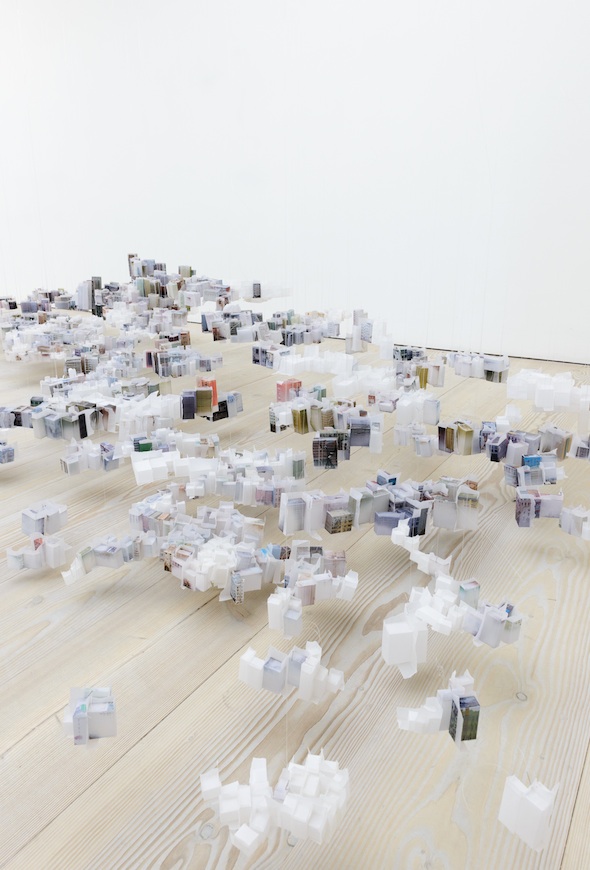 The Saatchi Gallery provides no text introducing the show in its entirety; instead, each artist (there are over forty) is treated individually. Through its scale and context, the show is a thematic survey of artists of diverse backgrounds and notoriety, each presenting the range of abilities and influences of paper on their current artistic process. Without a clear and common thread to bind each work, I find myself focusing on individual artists.

Eric Manigaud is one such artist that grabs my attention and leaves me contemplative well after I have left the show. At first I am merely in awe of the feather-light pencil strokes, miniscule in comparison to the whole surface of larger than life figurative-drawings. The images have an immediate photo-realistic quality yet retain just a hint of the artist’s hand.

The first image is a bed, a place of intimacy, but we are cut off from the occupant whose curled up body, with the exception of exposed bare feet, remains indeterminate. The next image is a figure whose face, restrained by a woman above, is clearly exposed. Her gritting teeth and squinting eyes convey a symbolic poser of universal suffering. An uncomfortable push and pull draws me toward the eyes in the images; I am pulled in with a pang of sympathy, pushed away by a sickening sadness. With the next figure, the sadness of the eyes and wrinkles in the mouth admit a sort of defeat. No longer a symbol of struggle but one of defeat, her plea feels unanswered by the darkness looming above in the empty upper half of the canvas. The final face stares back with eyes that suggest determination, somehow pitiful as the flatness of the figure and her expression evaporate into the background. 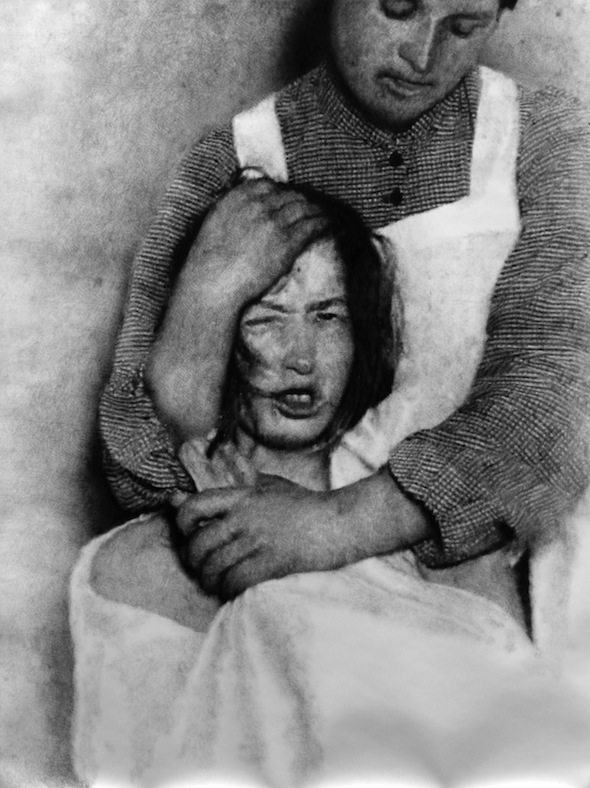 These jarring images are based on archival photographs taken from the State Care and Medical Facility in Weilmünster, in which physically and mentally ill jewish patients were forcibly sterilized or starved under the Nazis. As I receive this information, provided by the exhibition guide I hold in my hand, the works understandably change focus, taking on a memorial status. But the eyes still stare back at me with a delicate anonymity, their facial gestures taking on universal symbols of struggle, pain, and defeat. 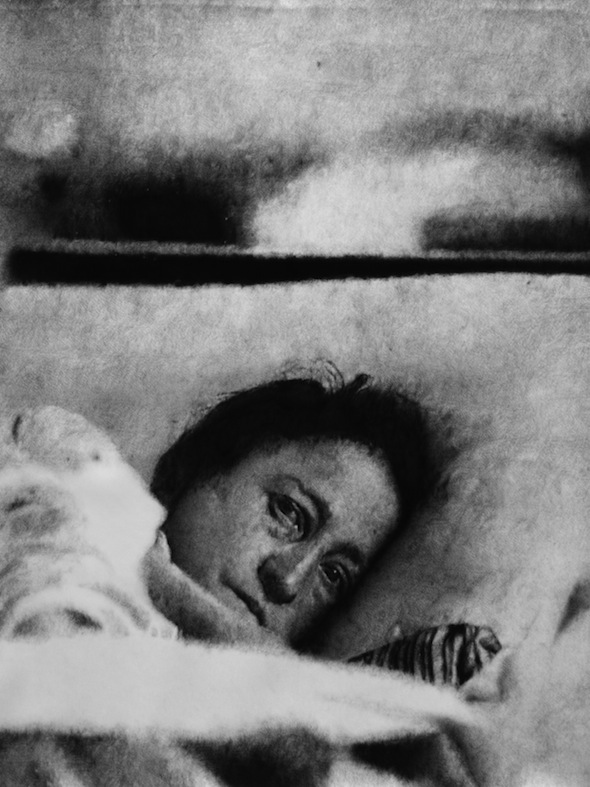