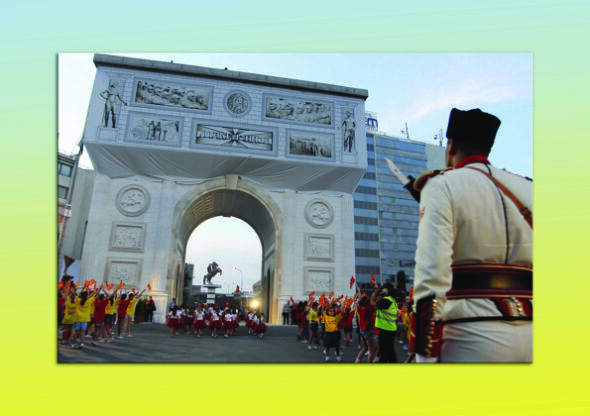 The ubiquity of digital virtual realities has contributed to a dilution of national identities — if we are all connected online, then our particular geopolitical context is of less importance. As this breakdown occurs, social groups scramble to re-assert cultural identities, often through an idealisation of the past. But while the internet hastens globalisation, it is also a place where local identities can manifest and proliferate. The work of Marija Bozinovska Jones investigates our desire to re-form identities as both online and political realms dissolve the past. Interested in societies undergoing change and upheaval, Bozinovska Jones draws upon their pop-cultural artefacts, cultural clichés and political kitsch.

Opening tonight, Thursday 26 September at 7pm, will be a new show by Marija Bozinovska Jones at Fischer und Fischer. In her installation, The Future of the Past, the artist presents a mix of cultural signifiers, from club culture to Alexander the Great. The works bear a particular association with the Balkans, but also show broader interest in societies of transition.

Attached to the exhibition is a “fictional curator” listed as FYROM (now with its own facebook page). Here, the nation state is reduced to its role in identity curation. In the same way that we selectively curate our profiles online, nations are the result of a series of symbolic selections made to promote unity.

Presented at the exhibition will be works from the series, Folkteka 2.0, where Bozinovska Jones investigate turbo-folk — a subgenre of music originating in the Balkans during the 1990s — by adopting the online identities of turbo-folk fans and manipulating their uploaded videos. Aligned with Serbian nationalism in the 90s, turbo-folk exists today as a more innocuous pan-Balkan phenomenon. Bozinovska Jones’ intervention into a cultural space celebrating turbo-folk imbues it with a subtle layer of criticism.

Together Bozinovska Jones’ works will create what she calls a “political rave.” The show only runs until September 29, so be sure to go soon. 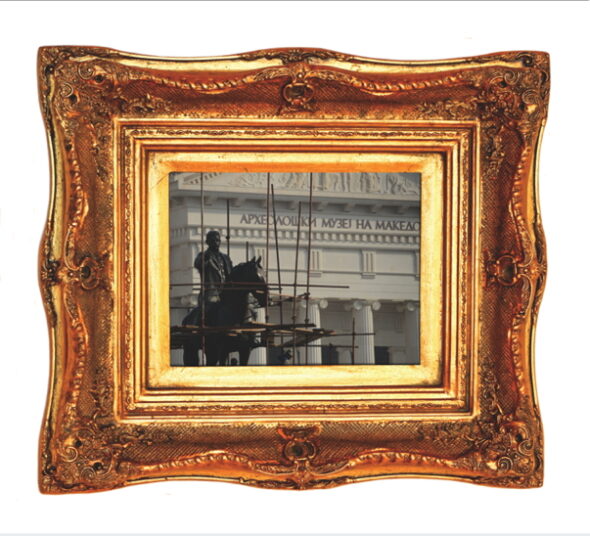