Katarina Zdjelar’s research has a broad scope: as an artist she explores notions of identity, authority and community by looking at certain specific aspects of reality, in which peculiarities of our historical times are condensed. Her practice consists of making video works, sound pieces, book projects and creating different platforms for speculation, knowledge building and exchange. Born in Belgrade in 1979 and based in Rotterdam, Zdjelar conceived the recent group show At the Outset at Circus, Berlin. Marianna Liosi sat down with Katarina Zdjelar to discuss her work and wide-range of conceptual interests. 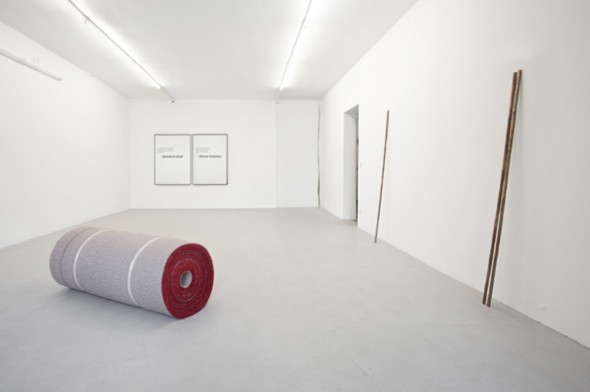 Marianna Liosi: Katarina, in your work you often refer to the language as a medium of inclusion-aggregation-power or exclusion-discrimination-subordination. I’m thinking of Shoum (2009) a video work based on the transcription of the mega hit song “Shout” (Tears for Fears, 1984) by a non-English speaking man. Did your biographical background influence this aspect of the research?

Katarina Zdjelar: Perhaps. I was introduced rather early to the limits of acoustic tolerances and how language draws us into community. As a child I had my own private language which was, by its nature, inaccessible to others. My family accommodated me and learned words to be able to understand me. An object would come with a word, as if there was a particular sound that would come with the shape, presence or characteristic of an animal, object, phenomenon, situation. Thus my early childhood was all about bleeding in and out of language and marked by code switching, until I started going to school, which brought an end to the so called ‘xenoglossy at work’ of my verbal expression. A few years later, when the war started, the way in which one stresses the word, the musical aspect of speech, something rather intimate, turned into a marker and signifier of a larger community one belonged to. Then, I moved to the Netherlands in the mid 2000s, just around the time that Rita Verdonk, the Minister for Integration and Immigration, proposed a new national conduct, according to which no other language but Dutch would be permitted in public space. The proposal wasn’t ratified, but integration classes became obligatory, alongside learning the Dutch language… The question for Verdonk was not so much what Dutch identity is, but rather what do we want immigrants to believe in? How can we structure them and tidy them up so that they will merge better into our cultural décor? During this period I got attached to the idea of a politics of para-poetics of speech, a term coined by Clark Lunberry, to describe the poetic force conveyed by the broken English of his Japanese students. He notes that these violations are not deliberate transgressions but an unintentional straying beyond unseen boundaries. Thus the idea of production of neutrality is one of the main concerns in my works. 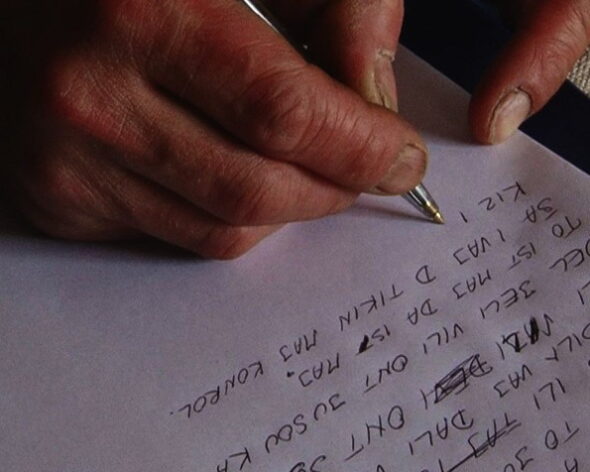 ML: Your work also deals with the activation of collective practices in a community or a group that, due to specific conditions, behaves as such. And the idea of “becoming one group” includes taking a position and participating. In this sense My lifetime (Malaika) (2012), and We need to have a civil consciousness and basta (2010) seem very much related to me.

KZ: Alongside My lifetime (Malaika,) in which music is a prominent element of the piece, I would also add to this list the video piece Shoum…and Everything Is Gonna Be (2008) in which an amateur choir from Lofoten Islands (Norway), engages in singing a famous Beatles song, “Revolution”. Popular culture, in particular music, as a carrier of collective values, occupies an important part of my interests and practice. I am interested in the resocialization of these values through these songs which simultaneously serve as vehicles for coming together but also for letting the group of people fall apart in a joined performance… The video piece We need to have a civil consciousness and basta doesn’t include music, but indeed shares ideas around self organization and resistance practices. It follows a group of enthusiasts who regularly gather to discuss the ways that one could act politically and who decide to become a political party. The piece captures this particular moment of transition from one mode to another. 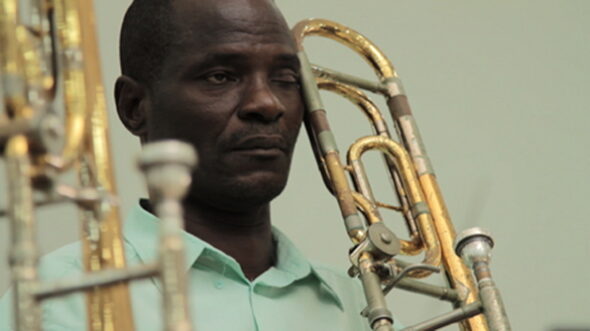 ML: Your work is included in a screening called ‘Artists’ Film International’ which is currently running at Whitechapel Gallery, London and coincides with the exhibition The Spirit of Utopia, which looks at the role art plays in offering alternative ways of configuring society. The screening collects artists’ films based on social and collaborative projects.

KZ: The outlined concerns of the screening do find ground in my work. This exhibition features My lifetime (Malaika), a video piece that takes formative moments of postcolonial nationhood as a departure point, resonating with ideas of historical ruptures and their discontinuities. I have always been attracted to forms of life, which have no citizenship, and are the result of larger forces acted upon an individual or groups of people. This includes nations’ bankruptcies, prospects, and the translations which occur in the processes of re-orientation. My lifetime (Malaika) likewise situates itself as a proposal to look at something which is not there, at that which was suppressed, unsuitable and restrained from developing into a historical process. It attends to the misfit. In many of my works I feel close to the so-called Goffmanian off stage mode, that is, inhabiting zones behind the stage, thus behind the visible, in which all of the anxieties of pending performance, insecurities, and unrehearsed parts set the tone and pulse of the society we live in.

To find out more about Katarina Zdjelar’s work, visit her website:
katarinazdjelar.net

Marianna Liosi is a writer and a curator based in Berlin.