When the viewer walks into the space the atmosphere is similar to a cinematic experience. The 16mm projected film is turned on and Judy Radul’s silent video work, This Is Television, plays. The sound of the projector fills the darkened room with the nostalgic sound of the film reeling through the projector. The work combines quotes from Walter Benjamin’s Berlin Childhood around 1900 along with footage of the lunar path and ceramic objects lit by a flickering blue light. 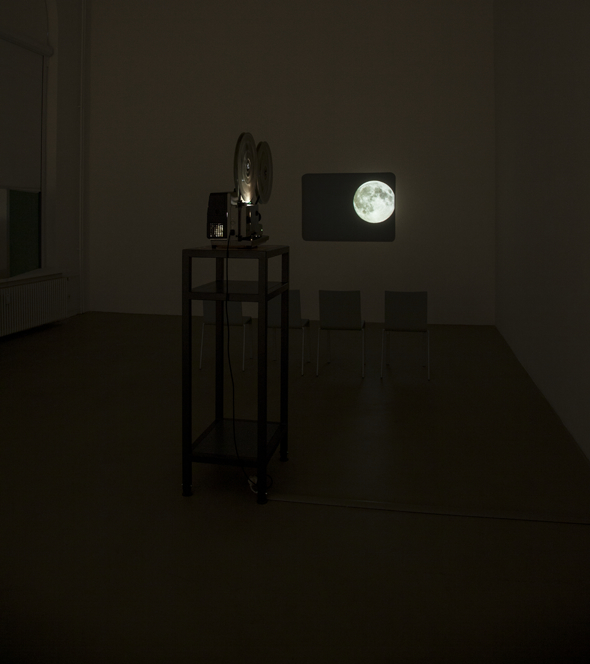 References to Walter Benjamin relate to the destructive effect of media. The excerpts taken from Benjamin’s writings are poetic; “nothing more remained of the world than a single, stubborn question. It was: Why is there anything at all in the world? why the world?.” Such questions take on added significance in the immersive environment, associating Benjamin’s past experiences with moonlight shining upon objects within a room to the work. 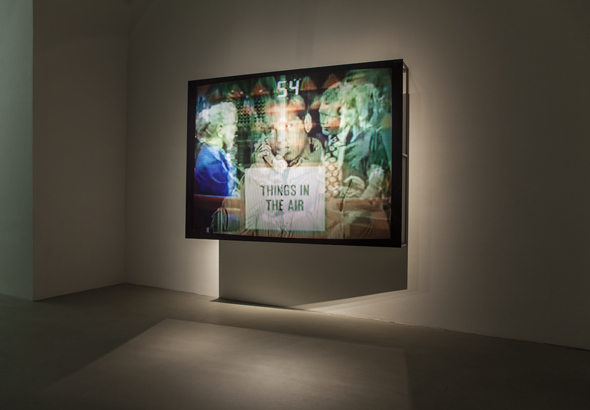 Rudal’s Video Still is a large-scale print with layered stills from old television footage including reporters in the Gulf War, a game show, and an interview with David Lynch on a late night talk show. The layered images create an abstract vestige of the aesthetic of television. In this piece the phrase, ‘Things in the air,’ is placed to look like subtitles for the imagery that was once ‘on air’. 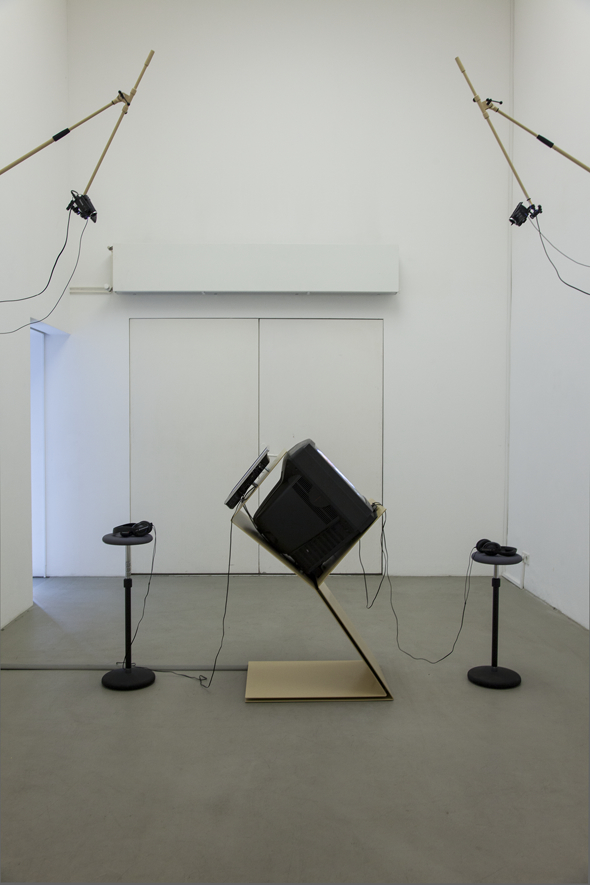 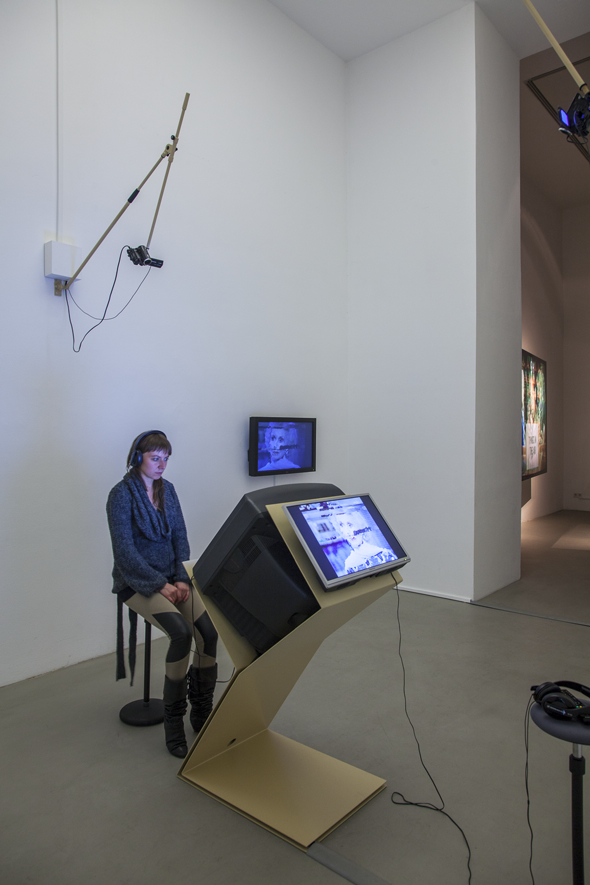 In the other room of the space is an interactive installation, titled A Container Containing Not One TV, with three televisions. Two televisions are placed opposite each other, one with a program curated by Sven Lütticken of German video artists and the other with a local television signal where the viewer can flip through the channels. On the third, screenshots and excerpts of the two other televisions are displayed, taken from cameras placed above the televisions. The content is layered in a different way to the print, through a live video feed onscreen.

Blog entry by Jazmina Figueroa, an artist and writer based in Berlin; Thursday, Oct. 17, 2013.