It was a typical fall day in Berlin when I visited Ivo Gretener’s studio – housed in Kreuzberg’s Aqua Carré – slightly cloudy, flashes of sun overshadowed by the threat of rain, and piles of leaves perfect for kicking had just started to pile up. It was with this slightly somber, yet playful attitude, that I approached Ivo’s studio, which as it turns out, was just where my head needed to be. 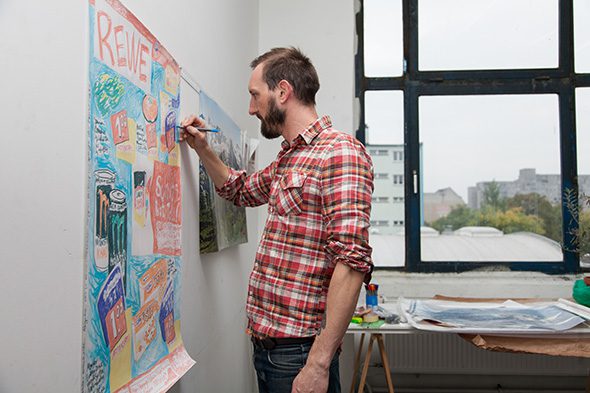 At first glance it would be easy to file Ivo’s work away as a colorful critique on consumer culture. Works such as Fantastick (2013), in which twelve soda and beer cans were removed from their natural habitat – the cooler at a Spätkauf – and stacked in a variegated pole, could be read as a criticism of our over-consumption of saccharine drinks, as vivid on the tongue as the cans they’re sold in. Such interpretations, however, fall short of Ivo’s intentions. Less critical, and more contemplative, he explains he is “not trying to criticize consumerism in and of itself. I’m interested in what the products say about us.” He points out that one of the cans is from a halal soda. “It’s this sugary, fizzy drink, fused with a religious doctrine. Almost all soda is considered halal, but here it becomes an extension of the religion, an extension of belief.” 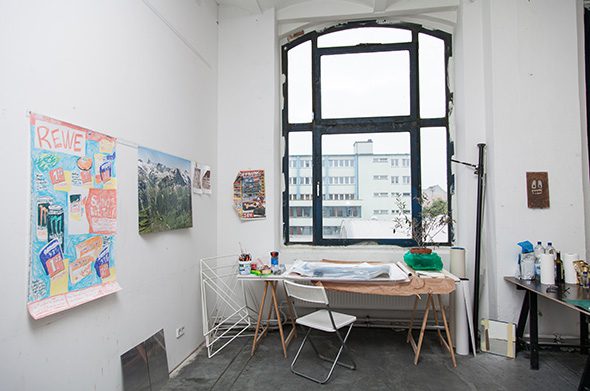 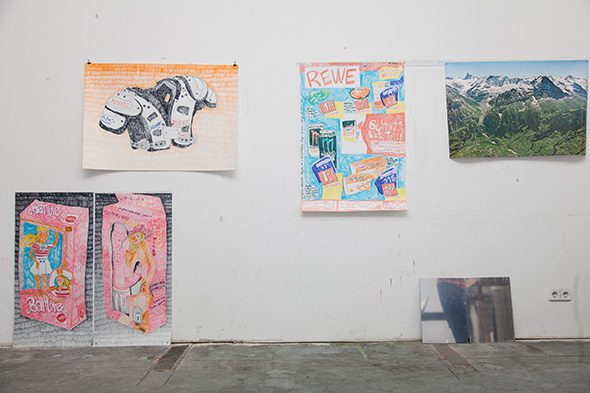 Hailing from Winterthur, Switzerland, Ivo speaks English with a distinctly American accent, likely picked up during his eight years in Boston where he received a degree in photography. He settled in Berlin five years ago, and has been working and showing steadily since. His studio is neat, almost sparse. A series of new works hanging on the wall, which have hijacked the punchy palette of consumer advertising and product packaging, are an obvious resting point for the eye. For this as-of-yet untitled series, he selected a number of playful pre-fab products – a BB Gun, a vibrator, a Barbie doll, football padding – and rendered them in stylistically careless scrawls of marker. Related to his interest in evolutionary biology and the Darwinian process, “this series represents the four F’s: fighting, fucking, feeding, and flight,” he clarifies, “they’re everyday objects that we use to the point where they become an extension of our bodies.” In this sense, Ivo explores contemporary evolution, in which the use of tools or objects has become so integral to our lives that they’ve become indispensable to survival. 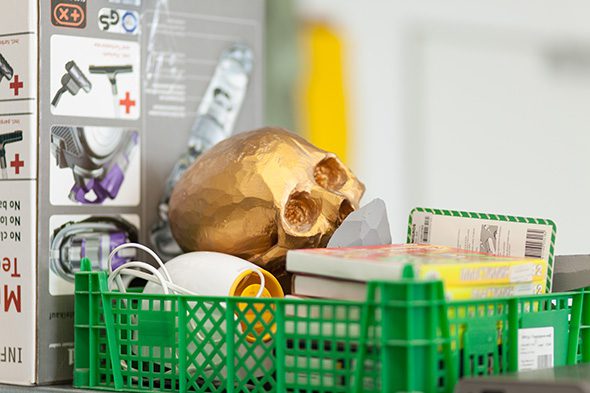 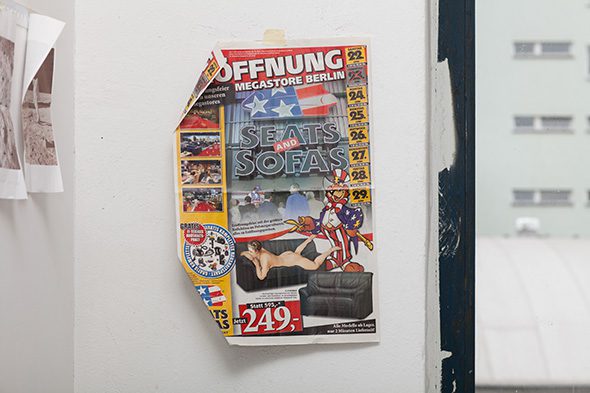 Throughout his practice a keen awareness of the 2D world is always present; objects are seen as resting in a moment of time. Likewise, it’s as much about the medium of presentation as the object represented, lending his work an air of Magritte-esque Ceci n’est pas une pipe. Take, for example, the enigmatic Yerevan Fountain (2013) recently shown at Galerie invaliden 1. Here, inside a cheap plastic kiddy pool, vodka bottles of all brands and sizes were balanced atop square mirrors at increasingly tenuous heights. Water splashed out of not so hidden plastic tubing in the center of the sculpture, trickling over the mirrors and bottles into the pool, only to be siphoned back up again. The gallery floor around the pool was slick with puddles. The sculpture was tawdry to the point of fascination. Someone floated the question, “Is it a commentary on Cyprien Gaillard’s beer pyramid, The Recovery of Discovery (2011)?” When I posed this very question to Ivo, he replied, “I didn’t think of it that way. I like to look at things from a number of perspectives. To me, objects have meaning because we understand they function the way they do because they’re familiar to us. Let’s say there was a group of people that didn’t have these objects. How would they see them? How would they use them?” One possibility, as has been provocatively demonstrated in this work, would be to use them to create a gimmicky miniaturization of a monumental fountain. 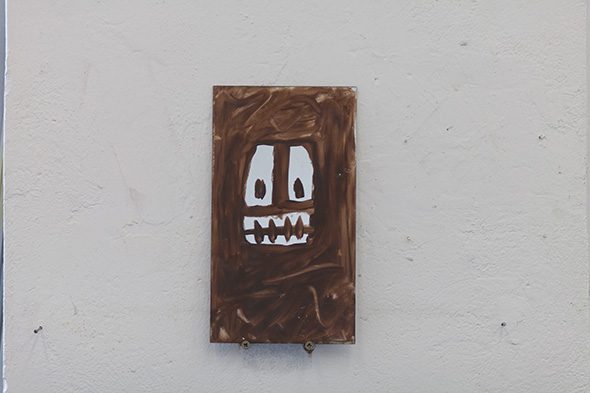 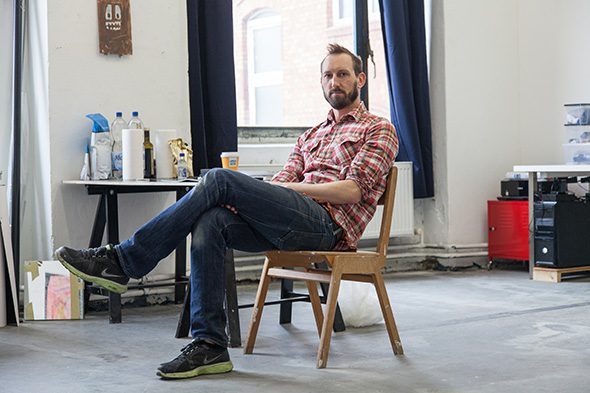 It’s refreshing to see work delving deeply into products and objects of the everyday, yet managing to avoid another tedious discussion of consumerism’s evils. With suggestive clarity Ivo’s work points out how close we are to objects simultaneously familiar and foreign – making the exploration of this realm his playground.