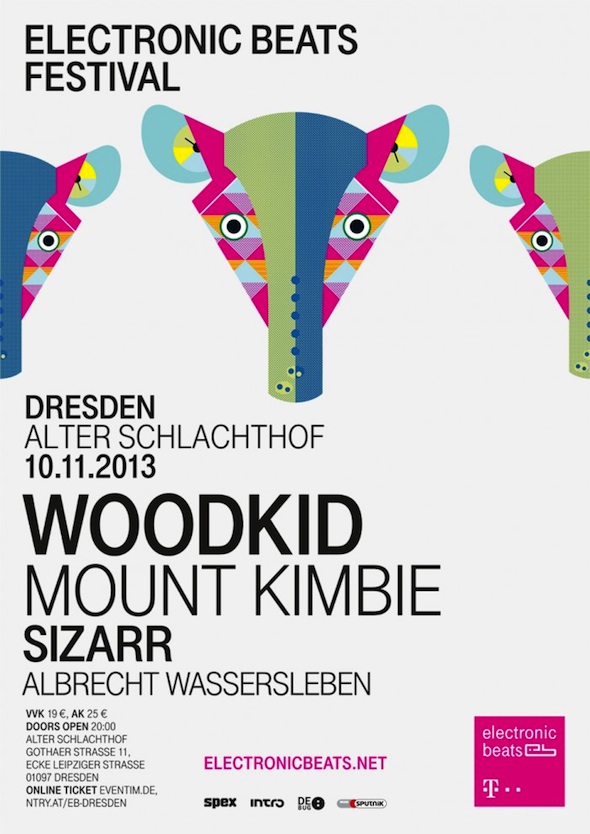 Berlin-based music and culture magazine Electronic Beats has just announced the headliners for its autumn music festival at the Alter Schlachthof in Dresden. Yoann Lemoine, known by his stage-name Woodkid, will be performing at the festival in mid-November. Though Woodkid’s solo music is dubbed ‘neofolk,’ Lemoine is also notorious for his exceptional music video direction, and has created a number of artfully composed music videos for stars like Katy Perry and Lana Del Rey. Woodkid last appeared at the Electronic Beats Festival in 2012 in Zagreb.

German electronic, post-punk band Sizarr will be headlining the festival this year as well. Formed in 2009, the band has played alongside These New Puritans and Bloc Party’s Kele. They released their debut album Psycho Boy Happy last September.

The third act for the Dresden festival is yet to be announced. Stay tuned to the Electronic Beats website for more information. The Festival happens in several cities across Europe (Zagreb, Vienna, Podgorica, and Dresden) this fall. The Dresden edition hits the Alter Schlachthof on November 10th, 2013.