After twenty-one successful years of bringing independent film to London, Raindance Film Festival is coming to Berlin for its first edition.

One of Europe’s largest independent film festivals, this first Berlin edition will be curated by Raindance and the Berlin Film Society. Katerholzig will be hosting this huge event from November 20 – 23.

The festival has a lot to offer during these upcoming four days, including thought-provoking documentaries, internationally recognized feature films as well as highly prized short films. Some of the most anticipated films are the American film How to Make Money Selling Drugs, director Matthew Cooke, and the closing ceremony film The Hirishima Thing directed by Daihachi Yoshida. In addition, film addicts, students and amateurs can join film-making workshops such as “Extreme Documentary Filming”, director Q&As and panel discussions questioning the future of independent cinema.

After these inspiring filled-up days of non-stop film and activities, Katerholzig will continue the celebration with its exuberant after parties. In other words, catch up on your sleep before this Wednesday and get ready for an intensive, exciting premiere of the Raindance Film Festival, Berlin! 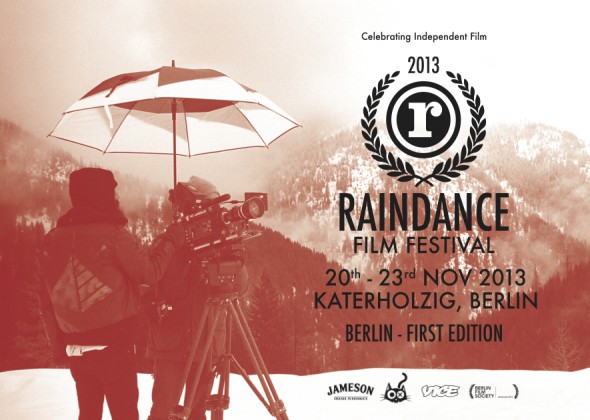