The Good-Bye Neukölln / Hello Lichtenberg exhibition was not only an opportunity to view a collection of works by a number of artists, including new work from Agathe Alberti Bock, Linards Kulless, and Archie Fitzgerald among others, but it was also a fond farewell to the space itself. A number of works were on display including a series of satirical illustrations by Archie Fitzgerald: reminiscent of political satire of the 18th Century, but with a modern and decidedly more vulgar approach (still equally polemical themes commenting on today’s sexually charged, consumerist society). Fitzgerald’s honest and thought-provoking images are normally supported by hand-written, diary-like entries of text which serve to emphasise the comic element of his work. Also notable was a performance piece performed by Linards Kulless who was one of the artists exhibiting on the evening. He conducted a pagan-esque ritual, a blessing for what the space has provided over the last two years, and what will come on the new premises. A salt circle was created on the studio floor and members of the audience were invited to add their ‘DNA’ to a bowl of water. Sage was then burnt, which instantly filled the studio with a distinct and carnal aroma. The theme of ritual was also evident in the numerous animalistic papier maché masks by Juliette Dejoue which, like a totem pole (surrounding a lamp post outside), also welcomed guests as they entered for this final viewing on Hertzbergstrasse. The new atelier is located in the HB55 building, Lichtenberg. 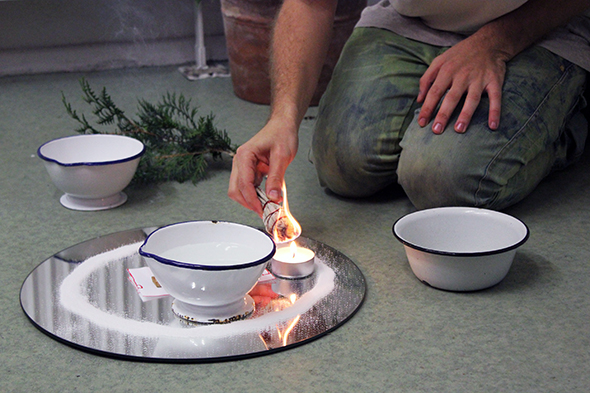 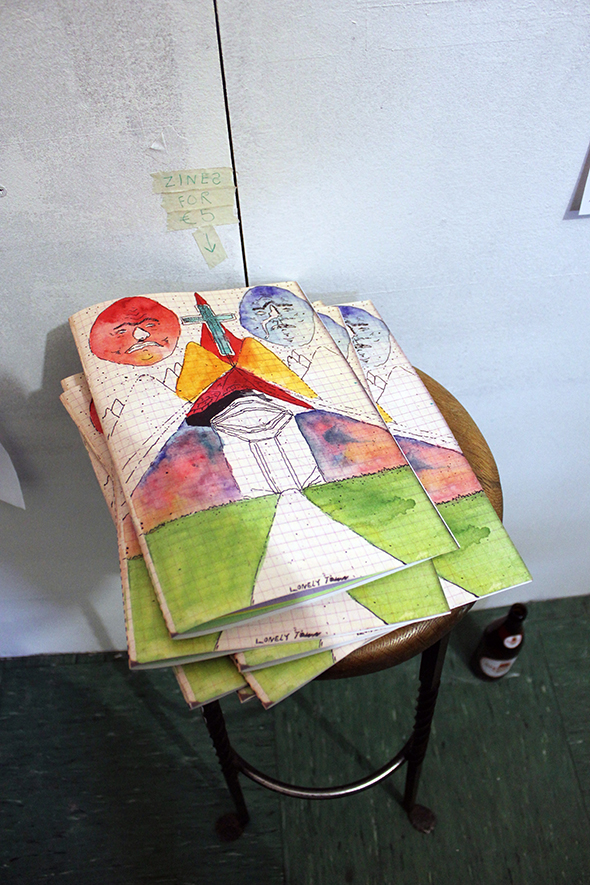 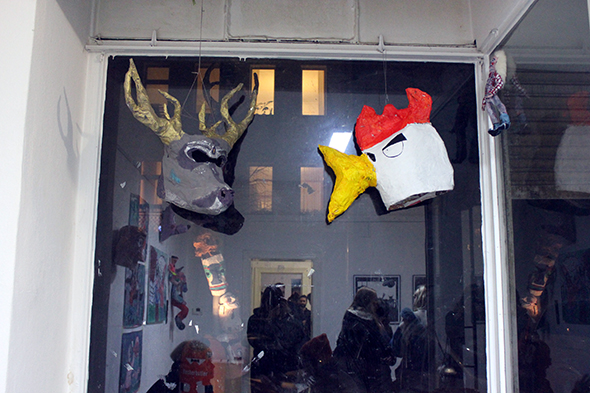 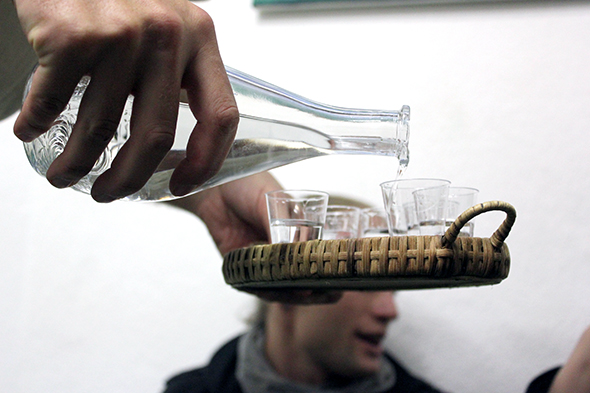 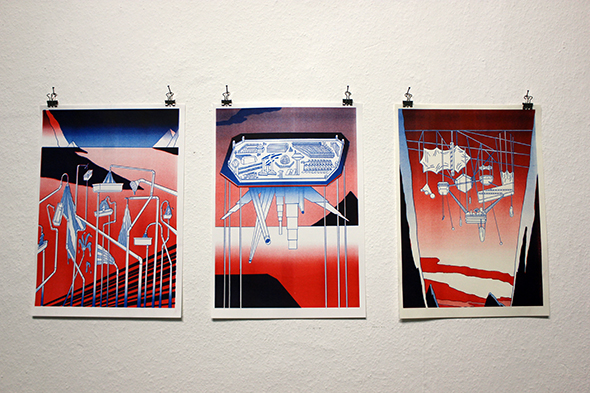 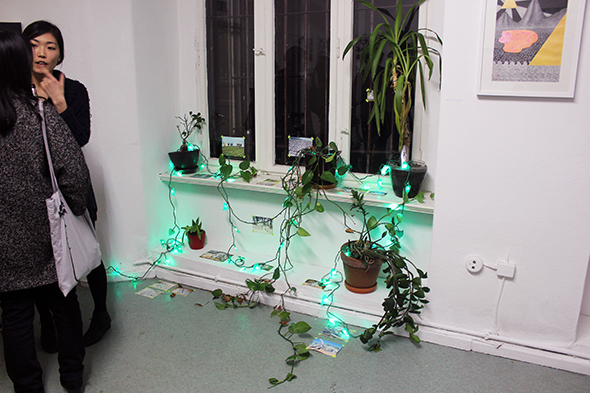 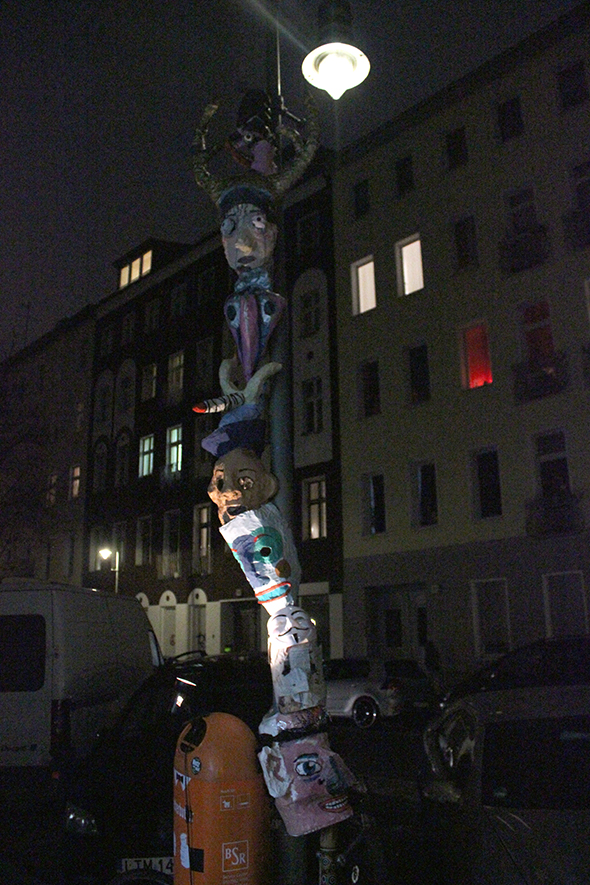 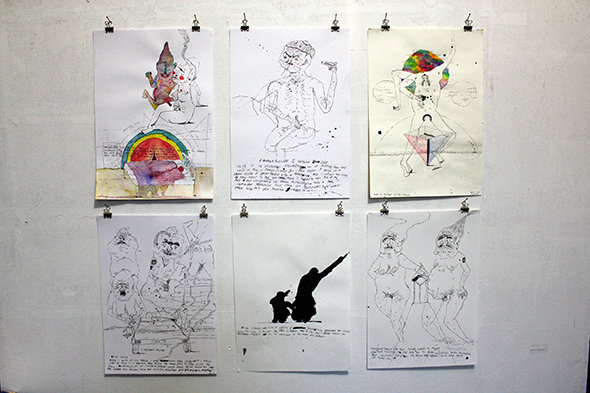 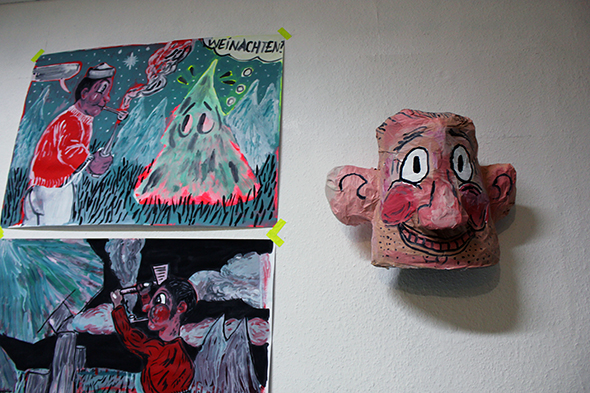 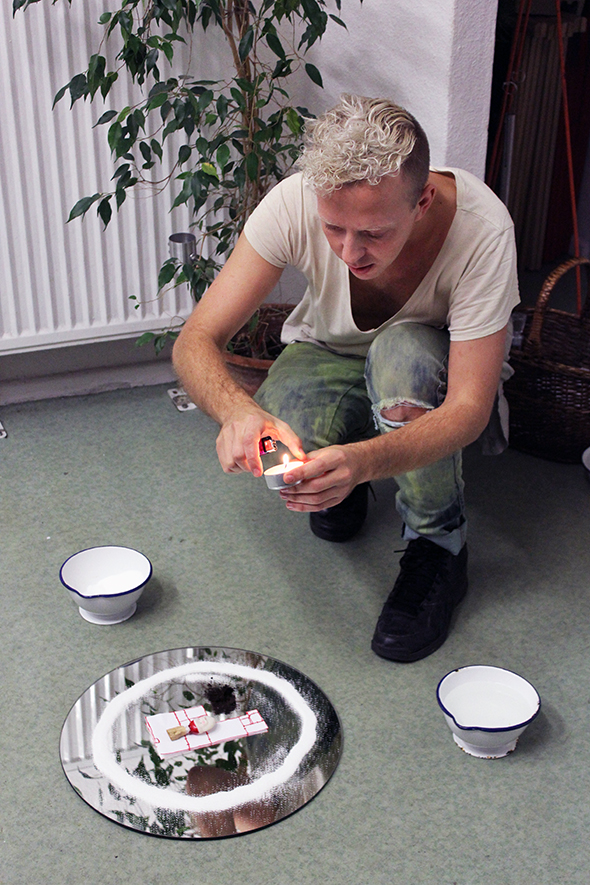 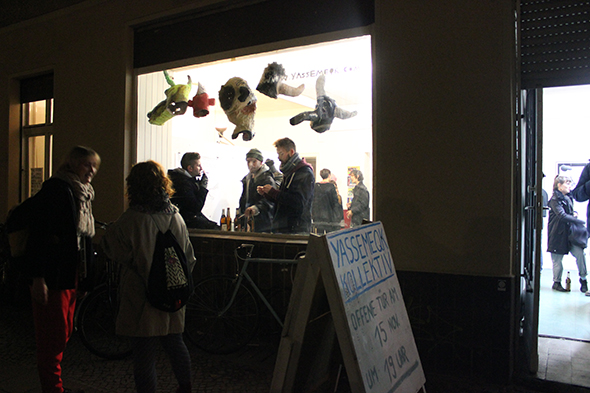 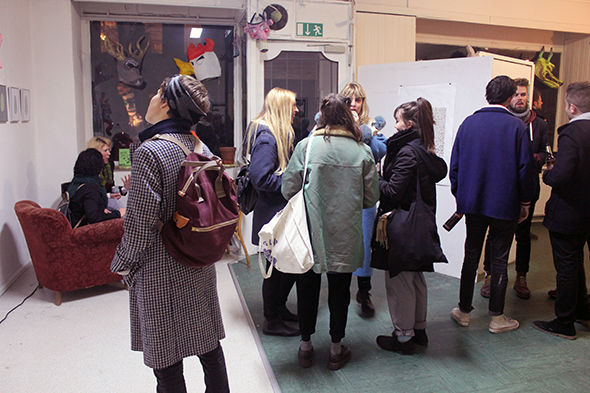 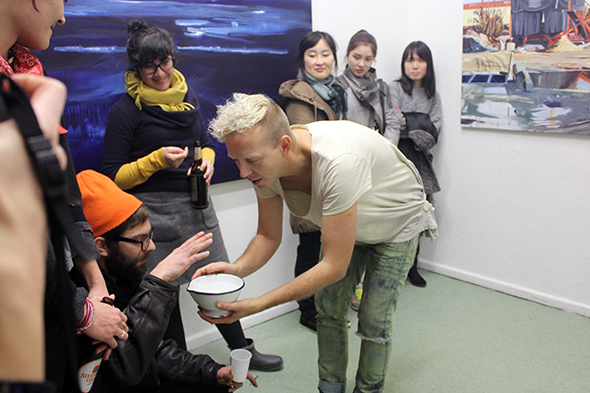