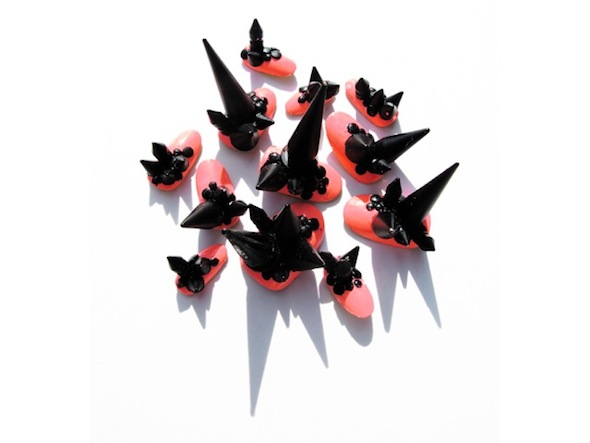 Video art doesn’t always have the best reception in art galleries or museums: visitors rarely take the time to sit through a whole screening, in a setting where videos are looped and it’s easy to come and go as you please. But what if you were physically compelled to watch video art from start to finish?

It’s not as bad as it might sound: replace the usual nail salon TV programming drivel with a tastefully curated selection of video works by established international artists and you have part of the concept behind Vanity Projects NYC. The other part concerns your nails.

“I think that while you are getting your nails done you are a captive audience, and you can’t really move. I have noticed in the few months that we have been open how people’s reception of the work changes in this context,” Vanity Projects Director Rita de Alencar Pinto explained when asked about how the set-up at her nail art atelier has effected the reception of video art. “At first it can be a texture or something funny looking that triggers their interest and then they start to ask questions or reach for the audio, which is on bluetooth headphones. Overall reception has been extremely positive.”

Rita de Alencar Pinto opened Vanity Projects in New York City’s Lower East Side neighborhood this past summer. Nail art is a popular and growing medium in many urban art scenes and Vanity Projects is among the trend-setters. Before settling into their permanent Manhattan space, Vanity Projects executed numerous pop-up salons over the last couple of years in collaboration with the likes of NADA Art Fair and MoMA PS1. The atelier offers a nail artist-in-residence program and a rotational video art program selected in collaboration with renowned curators and artists.

Mumbai based curator Diana Campbell Betancourt is responsible for the current group show Take Me Elsewhere, which will show at the Vanity Projects salon until November 30th. The exhibition presents six video works by artists from India, revolving around the theme of transcending the limitations of physical reality, or stepping outside oneself. Tejal Shah’s Between the Waves Channel II (Landfill Dance) commissioned for dOCUMENTA13, presents imaginative alternate realities through a story of eternally mutating female unicorns, building upon Rebecca Horn’s Einhorn (presented at Documenta V, 1972). Neha Choksi‘s Minds to Lose is based on her live performance, in which Choksi “anaesthetised herself and four farm animals, encouraging the public to pet both sedated artist and animals. The film considers what having a mind and rational consciousness means to a body under general anaesthesia.”

Half of the artists exhibiting in Take Me Elsewhere are represented by Mumbai based gallery Project88, initiated by Sree Goswami. The curator of the show, Diana Campbell Betancourt, will also be curating the upcoming Dhaka Art Summit in February of next year.

As for Vanity Projects, the salon will continue to guide the “nail art craze” in NYC, with predicted trends of subdued colours and negative space designs this season. Rita de Alencar Pinto tells us what to expect: “Next month we have two new nails artists being featured at Vanity Projects: Jessica Washick, a great New York-based nail artist and designer and Asami, who is a Japanese nail artist based in Hawaii. The first week of December we are presenting a new video exhibition curated by a Belgian art dealer called Elaine Levy. I am really excited to see what she comes up with.” 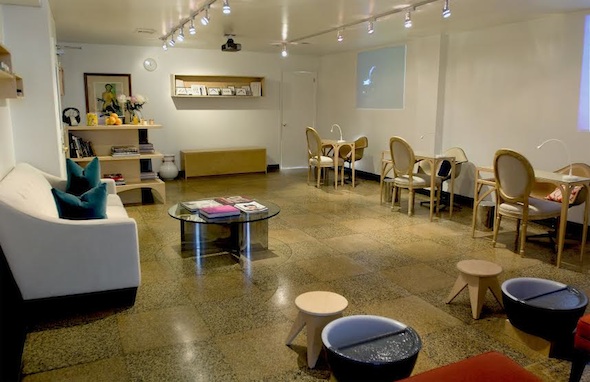 Alison Hugill has a Masters in Art Theory from Goldsmiths College, University of London. She is a writer, editor and curator based in Berlin.