As I suspected it would be – strangely, even before meeting Jen Ray in person – the studio visit was both laid-back and intellectually enlightening. The space is not huge (a converted living room in a Prenzlauer Berg flat) but big enough for her large drawing easel and a select number of offbeat inspirational objects. 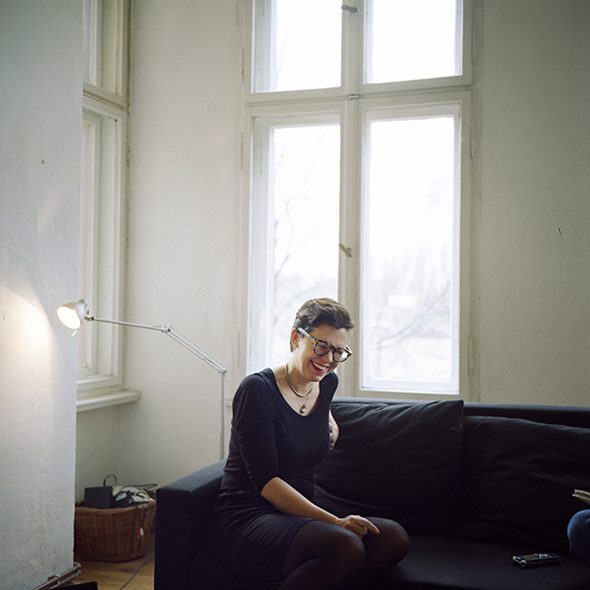 Jen Ray is a feminist artist and much of her work is concerned with portraying strong women, often configured as a rebel army but also, importantly, as flawed human characters. She shows me around the studio space and, over coffee, we take a look at some of her artistic references. Her exquisitely detailed, colourful drawings are influenced by Japanese negative space compositions (in the style of Katsushika Hokusai) and made up of a cast of women, who all assume unique personality traits. 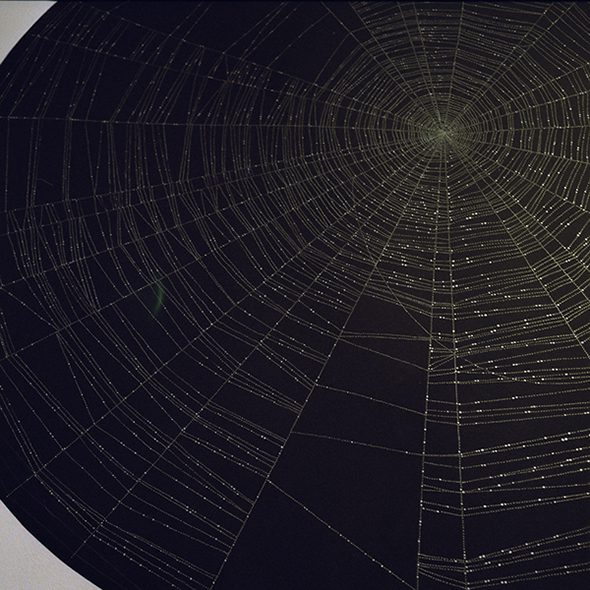 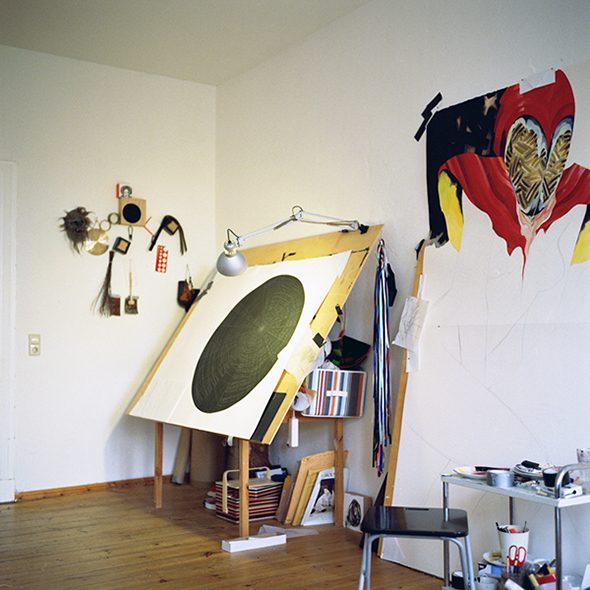 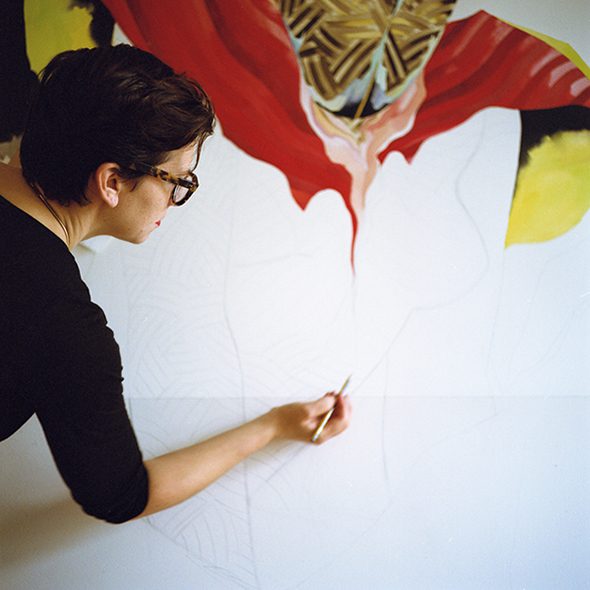 Originally from the Southern U.S., Ray has been living in Berlin since 2005. She moved here from New York, and we discuss at length the differences between the two cities. She suggests that the main disparity, for artists, is access: it’s possible to walk into a gallery off the streets in Berlin and potentially negotiate representation, based solely on the merits of your work. In New York, she admits, it is much more about who you know and possessing certain status symbols. Nevertheless, she’s interested in returning to work in New York at some point, now that she has shed those superficial constraints in Berlin. 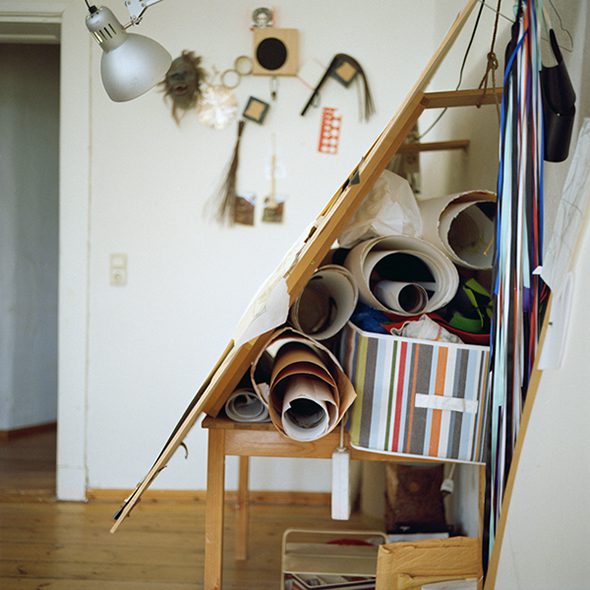 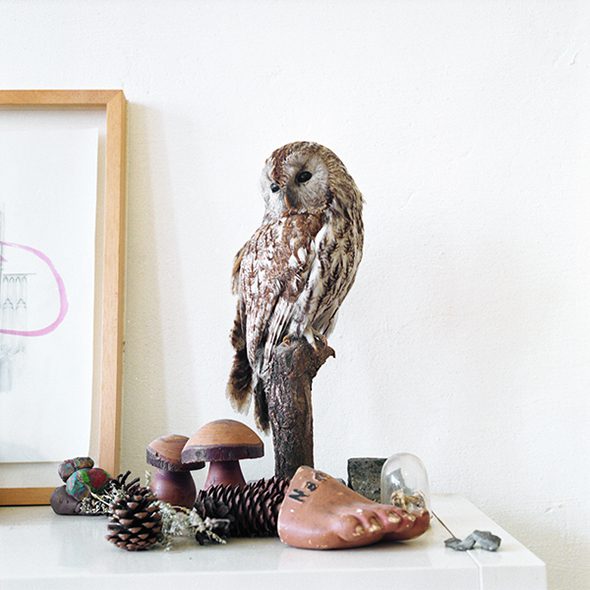 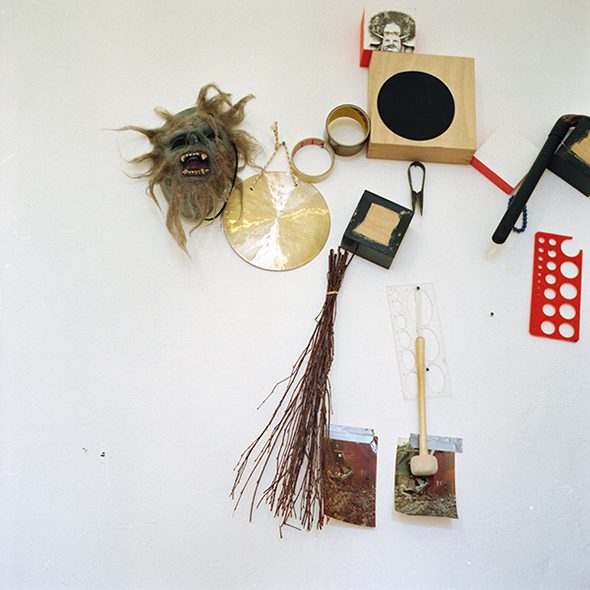 The title of Ray’s recent solo show at Haus am Lützowplatz, Better to Reign in Hell, Than Serve in Heaven, aptly conveys her sentiments about this geographical situation. In the exhibition, she presented many of her iconic drawings alongside porcelain weaponry sculptures crafted as part of a residency at Meissen Art Campus (Dresden) and live performances. She collaborated with several Berlin-based performers – including some amateur volunteers dressed as a rebel army in fierce tiger t-shirts – to create a series of wild interventions on the opening night of her show. 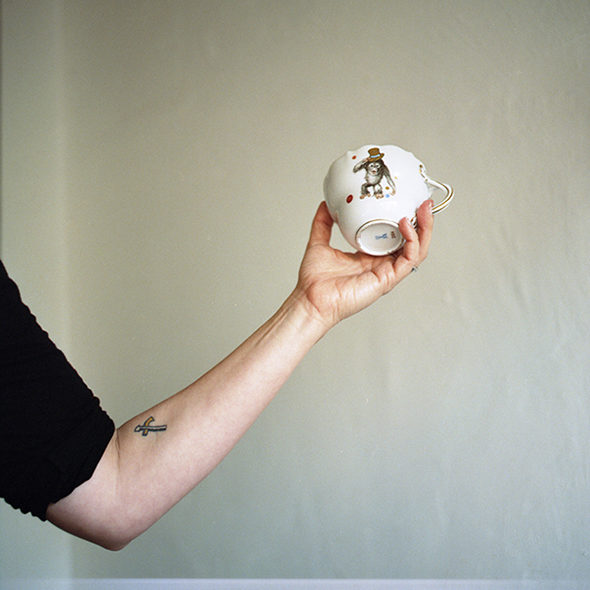 Ray is increasingly interested in working with “bodies in space,” rather than simply mounting her drawings on the gallery wall. She is an active member of Berlin-based feminist art collective f f, who have recently presented a series of exhibitions at The Wand entitled the Oracle. Ray herself performed as the art oracle, offering ‘divination upon request.’ She recalls transformative interactions with visitors, who asked her pertinent questions about art and womanhood. “Women have a hard time calling themselves experts,” she reflects. She decided that rather than ‘advisors,’ the prophetic Oracle should be made up of experts, women who, based on their many years of experience, can confidently converse about the difficulties of working in the arts while balancing other forms of (re)productive labour. 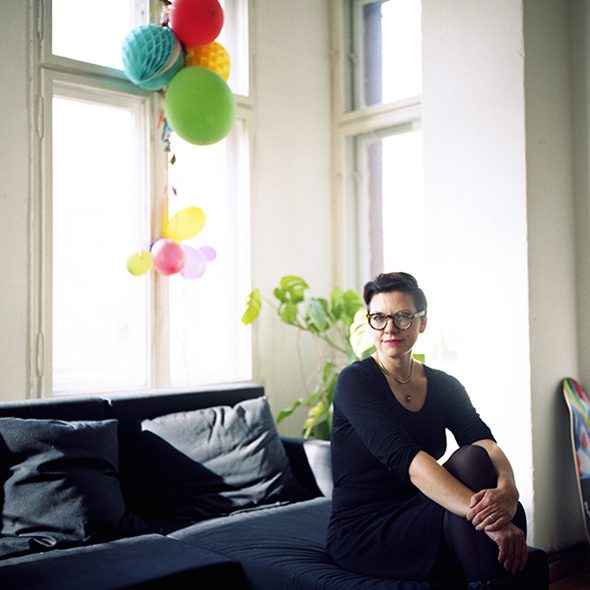 Ray has exciting ideas for future “fantasy projects”, which she shares with me during my visit: a staged action on the temple steps in the Pergamon Museum, featuring her now familiar female army of ‘gods and monsters.’ She concedes that her performance pieces are more of a loose vision, leaving room for human malleability at every turn. She’s fascinated by cycles, presenting neither an outright dystopic nor utopic vision in her work. Aggression and violence play a crucial role, but not uncritically. Ray is strongly in favour of gun control, but she looks at weaponry as an ancient human vice that is not easily eradicated. There is something alluring about the non-traditional pairing of women and weaponry that makes Ray’s work so profoundly empowering.


Performance at the opening of ‘Better to Reign in Hell, Than to Serve in Heaven,’ Haus am Lützowplatz, 13 September 2013; Video courtesy of the artist

Alison Hugill completed a Masters in Art Theory at Goldsmiths College, University of London (2011). Her research focusses on Marxist-Feminist politics and aesthetic theories of community, communication and communism. Alison is an editor, writer and curator based in Berlin.