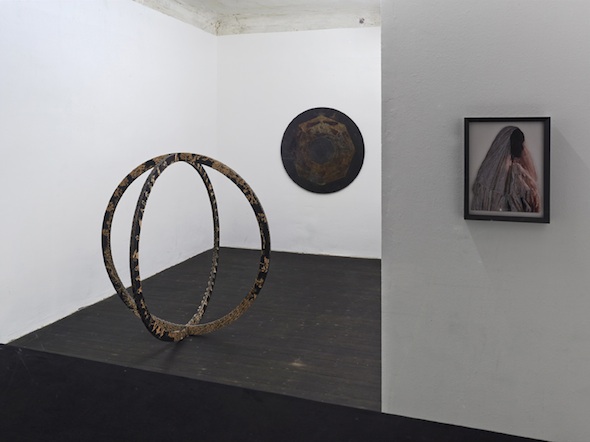 Brunhilde Groult‘s solo exhibition allEin at KM Galerie in Wedding is permeated with ritualistic references to natural cycles and the interconnectivity of the four creative elements: flora, fauna, minerals and humans. The central piece of the exhibition, her spherical sculpture 1+1+1+1=1 (2012) reflects on the essential oneness of the world that she finds symbolized in religions and pagan spiritualities from different time periods and geographical locations. The title of the exhibition considers the simultaneous unity and profound solitude of the world. Her wooden globe is etched with representative ornamentation of the four spheres, in the style of ancient pictographs or hieroglyphs.

Groult’s large free-standing sphere is complimented by another piece made of natural materials and mounted on the far wall of the first room. The rounded wall piece was created using layering and etching to bring out similar mythological tendencies. Crucially, she leaves the centre of the work empty in order to suggest that there should be no dominant figurehead or ideology. The spiritual approach presented in Groult’s art does not attempt to provide answers but rather to investigate the analogous symbolic patterns at the root of religions the world over and to identify a kind of universal spiritual language. 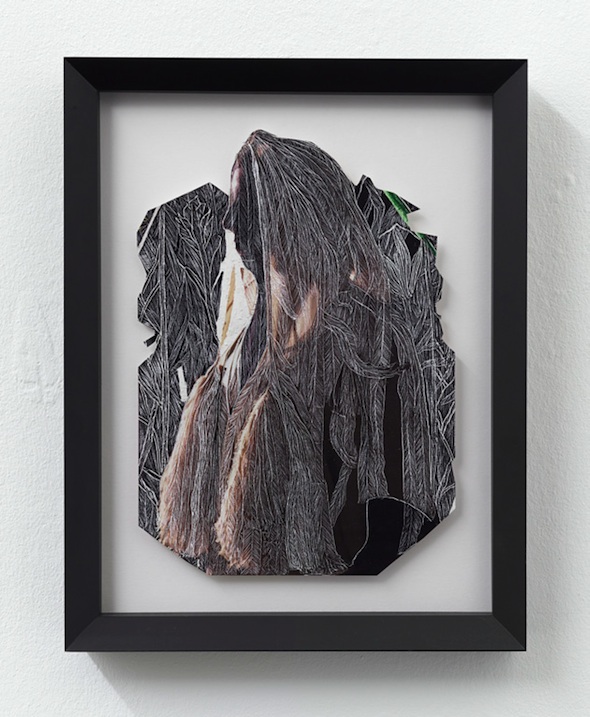 In 2012, Groult realized a performance in France, together with Marion Benoit and Bonana van Mil, that touched on many of these themes. The photographs from her event form a part of the exhibition at KM, artfully retouched and enhanced with her iconic etching technique. The images have a haunting quality from the beginning and her engravings manage to enhance the feeling by producing uncannily backlit veils to shroud the ghostly figures.

In the second gallery room, the curators present another image from the performance series alongside three beautifully etched wooden wall pieces and a hanging, rotationally displayed set of four religious robes. Each robe reflects one of the four creative elements, again with an empty patch left above the heart as a gateway to differing interpretations. 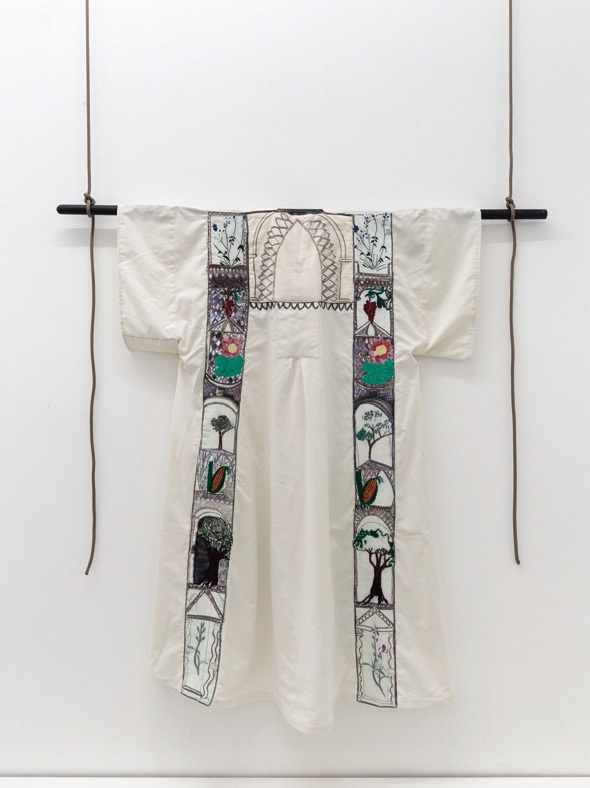 The pattern of grouping in fours is broken with the presentation of her etched woodworks ‘Variations on the Octagon I-III’ (2012), though a fourth does indeed exist. The distressed wood panels have been meticulously engraved by the artist and the intricate results are painted with shades of orange and blue on a mostly black surface. These exceptionally detailed works – like many of her pieces – present a struggle between figuration and abstraction that results in esoteric and otherworldly representations. One need only visit the space to discover the true finesse and aesthetic merits of Brunhilde Groult’s labour intensive work, independent of its somewhat dense conceptual connotations.

Brunhilde Groult was born in France in 1986 and studied at the Kunstakademie Düsseldorf. The exhibition at KM is her first solo show in Berlin. 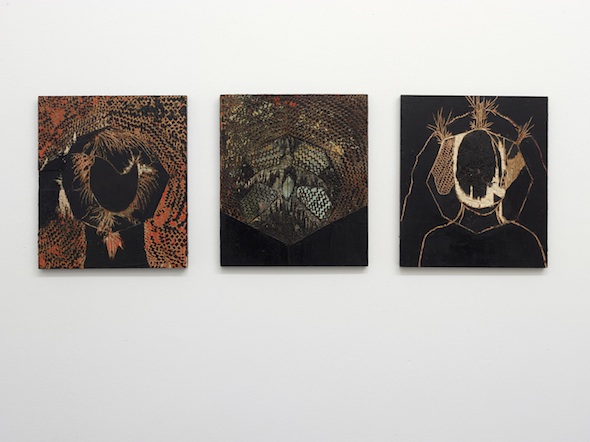 Alison Hugill completed a Masters in Art Theory at Goldsmiths College, University of London (2011). Her research focuses on Marxist-Feminist politics and aesthetic theories of community, communication and communism. Alison is an editor, writer and curator based in Berlin.