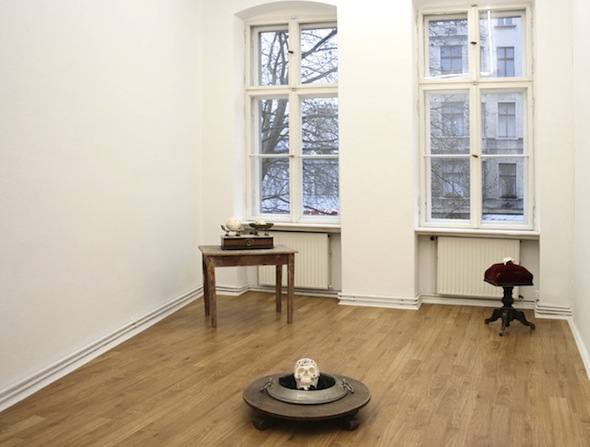 It’s well-known that the new gallery district in Berlin, for quite awhile now, is the area around Potsdamer Strasse. Some of the most important galleries of the city are there, a lot more are planning to move there and new ones are opening at a high rate. One worth pointing out, Paolo Erbetta Gallery, was opened in September 2012 and has presented many high profile artists. The current show is no exception. Michele Giangrande’s Urwege exhibition, regardless of all the conceptual implications it might involve, touches our imagination at first sight.

The exposition is clean and simple, presenting just two main series in the two principal rooms. Even though the works are separated from an aesthetic and a compositional point of view, they are held together by a thematic thread of extraordinarily complicated concepts: tradition, roots or folk. This shouldn’t suggest anything too clichéd or traditional, because the exhibited works manage to catch and bring forth the contemporary essence that surrounds us. This means the use of everyday materials and ready-mades, but also eternal questions and aesthetically fresh answers. 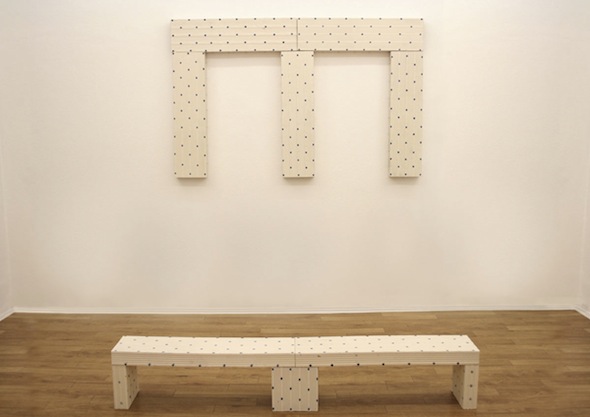 Urwege presents research on something inner and hidden, that is still the most basic part of life. That’s why the artist reproduces body parts in a very traditional material like pottery and then he decorates them with an ancient decorative motive from Apulia – where he comes from – placing the single sculptures into objects with an equally ancestral meaning. So we find a skull eased down in a brazier, the symbols of death on the one hand and of home on the other: how warm could they both be? Or a heart in a nest, that reminds us how much our soul owes to where we come from.

The second part of the exhibition is completely different but it continues the same themes, juxtaposing the traditional and the new, but on another level. Formally the works are geometrical and linear, recalling some aesthetic research of the 1960s, even though the basic elements which the artist relies on are bricks. Brick as the fundamental material of architecture, something inner and structural, almost the feeling of a building. The bricks in this case are ready made and Giangrande modifies them with an elegant ivory background and a blue dotted decorative motive. The gallerist himself, Paolo Erbetta, made up a well-fitting expression for these works, defining them with the term Minimal–Baroque. 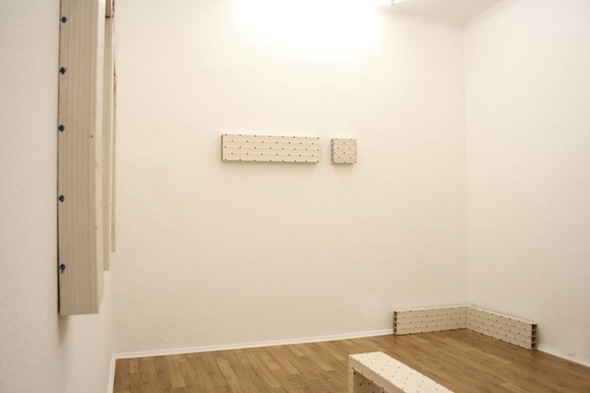 This exhibition presents works by the artist, catered uniquely to the gallery setting. For his first solo exhibition in Berlin, Giangrande courageously chose to present the juxtaposition of these two new series publicly for the first time. The exhibition is both aesthetically pleasing and, at the same time, intellectually profound, building consciousness in the way that only art can. It’s the best feeling: to enter some rooms, see beautiful objects and walk away with a kind of new awareness. 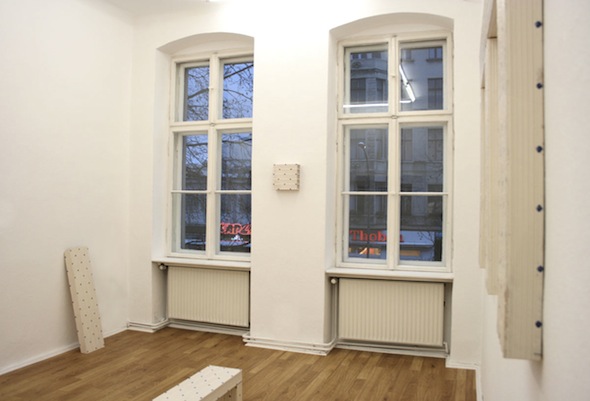