Dungeons and Dragons is a hell of a game. With a basis in traditional battle strategy, the Role-Playing Game (RPG) offers each participant the possibility to develop fantastical characters and provides an omnipotent Dungeon Master to keep track of the story constructed through play. The classic “analog” game is a source of inspiration for the latest painting series by Brooklyn based artist Kadar Brock. 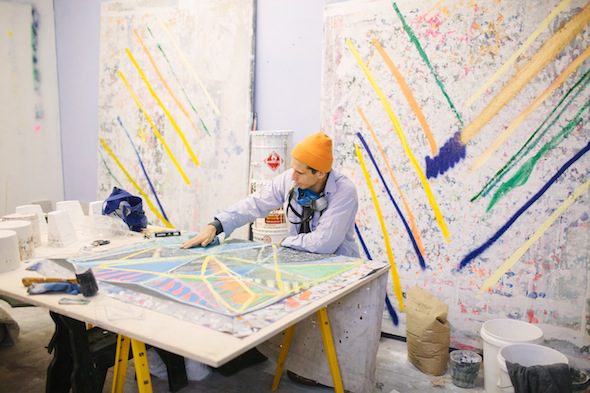 Within Brock’s studio the trappings of an intensive painting process are immediately evident. Plaster, enamel, spray paint on a wheeled cart, sanders, industrial primers and pens of every sort are grouped amongst buckets of scrapped paintings and collected dust. Each material is fed through a process of abstract painting where they become imbued with an artist’s enchantment in their ideal state. This enchantment likened to the wizardry of a D&D player makes up the crux of an artistic metaphor that Brock uses to explain art world roles. “When I first started on this line of thought I was using a character sheet for the level 25 wizard in D&D to generate content. Chance systems were used to generate compositions. Roll dice and use stats. Roll playing games at their most basic are a set of stats, the same way a painting is just a painting – it’s factual material. The material is only going to function as long as people interact with it. There has to be a reciprocal relationship of belief around the work.” 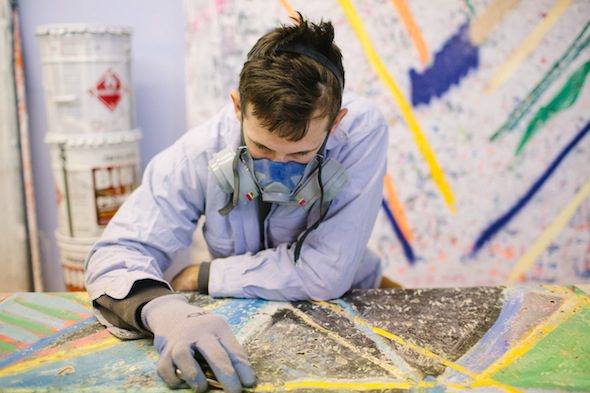 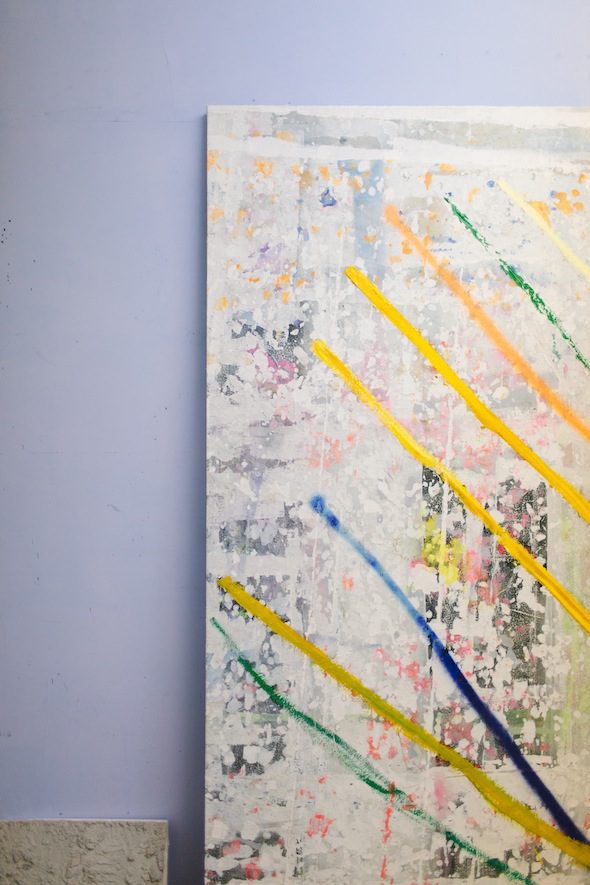 In an effort to be more objective about producing, he set up a character to construct a process for creating. A painting may begin in a traditional sense, with a few strokes on canvas, then become whitewashed, sanded, thrown on the ground to collect spills from another project, whitewashed again, and so on, up to at most 15 times before a surface is built, and the work is deemed finished. This process is likened to a piece rolling in and out of enchanted states as each successive turn of texturing is undergone. The excess that comes from each sanding and clipping of a canvas ends up collected in bins which serve as an additive to halved plaster paint bucket sculptures. They are reminiscent of an archaeological cross section with traces of canvas scraps emerging from the surface. 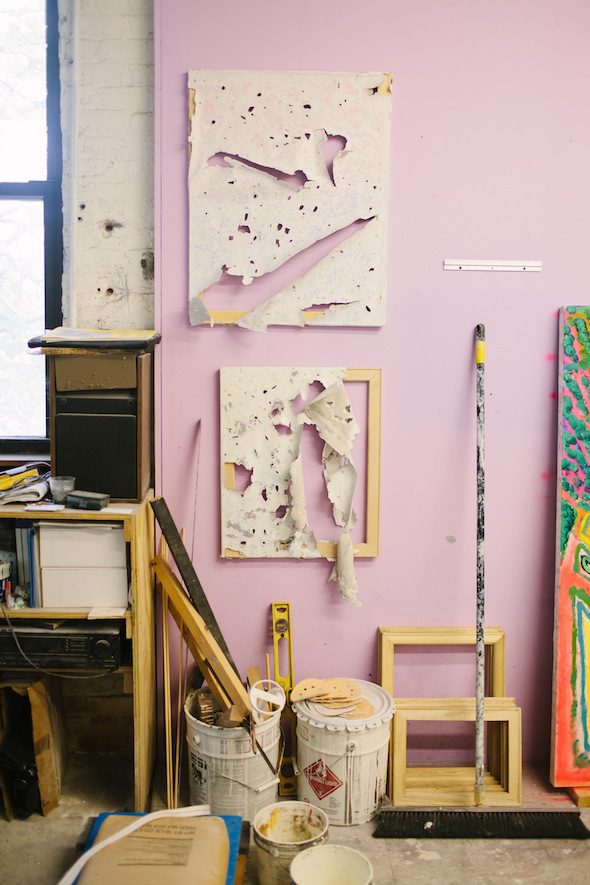 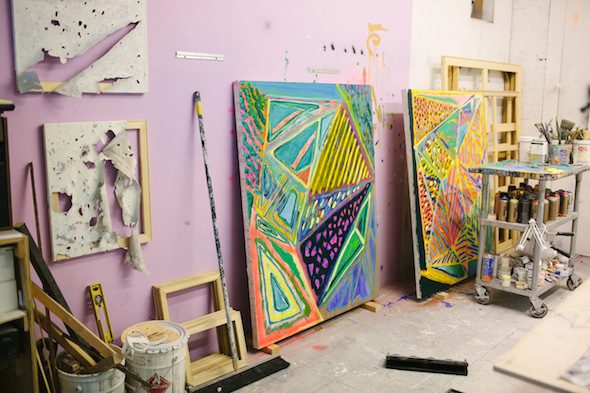 “The action of painting can be likened to the digestion of another painting.” In the case of these plaster sculptures, Brock calls forth the reference of Brancusi’s columns and 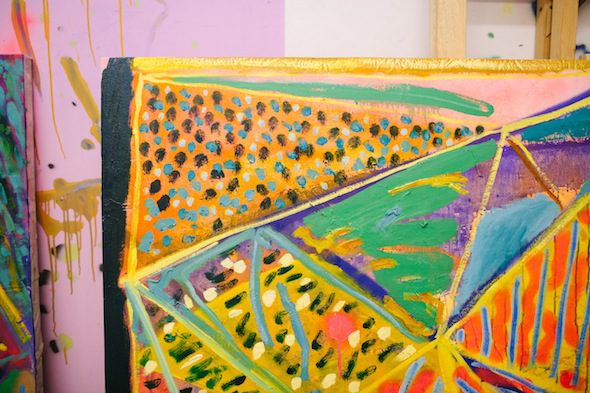 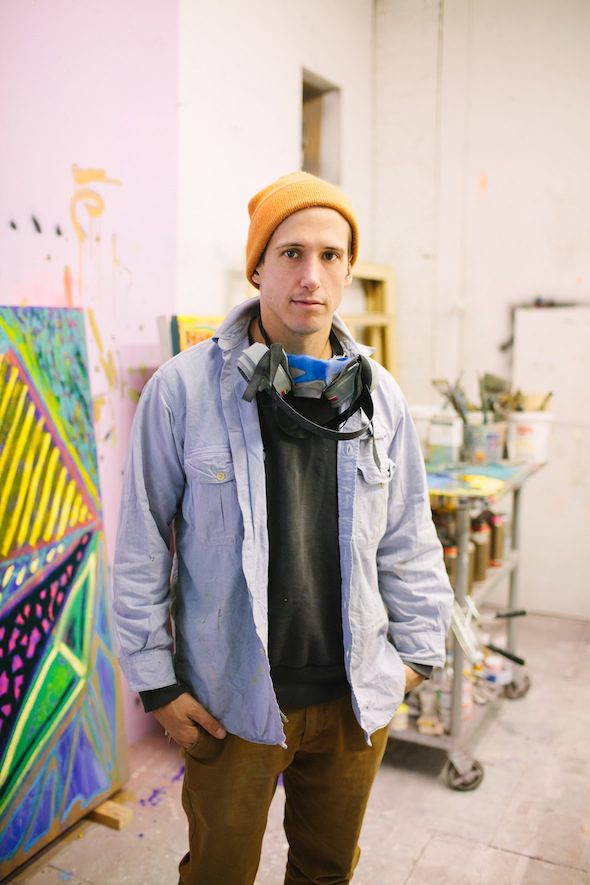 Belief structures from the tradition of American Abstraction also influence these works. Brock constantly tests the ideas that action painting holds some sort of knowledge about the creator that can be likened to theories of graphology. His study of gesture and interest in authorship has a different spin on it than the original Abstract Expressionist (AbEx) painters though, since he also pits this belief against artists working to empty sacredness out of a painting in subsequent generations (see Christopher Wool). 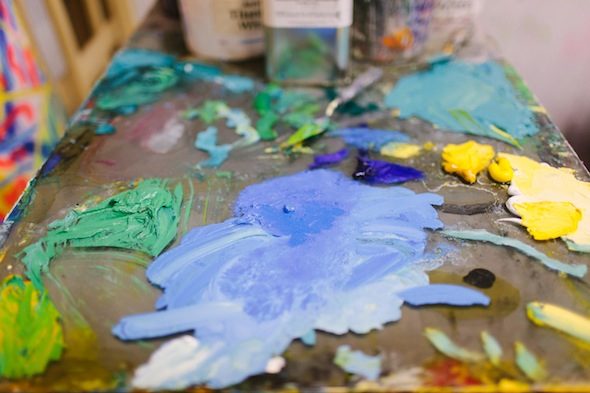 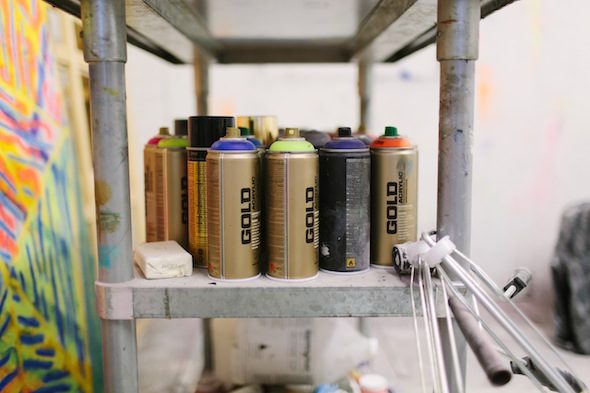 AbEx authorship finds its way into a series of failed utopian systems in Brock’s artistic philosophy, along with idealized spirituality and early techno movements. He jokes that the space of each painting is reminiscent of a very early video game, from a generation of game play where Zelda and the first Final Fantasy were deemed seminal. 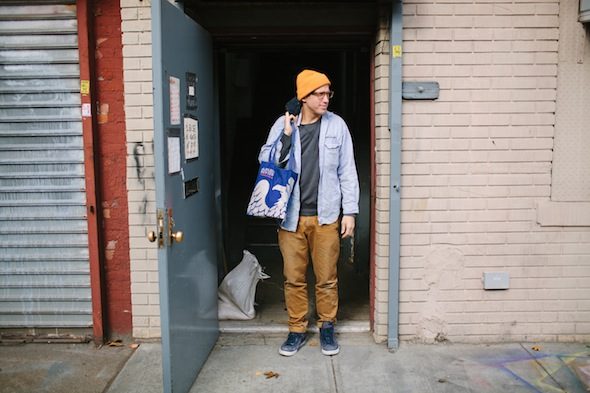 The rugged individualism of American Abstraction is paired with a wave of California new age stemming from the 90s. Neon spray paint, reminiscent of easy living, manifest destiny is added to bold gestural streaks, and covered once more, returned to a blank industrially primed surface. “I can make a thing that is about destroying my relationship to painting by constantly trying to pare them down. Then trying to cover it up and add base materials like pen ink. If I put a stop between myself and all these removes, and all these dodges, then I have a way to talk about abstraction. I can role play these things into existence.”