Berlin Art Link presents The Resonators Series , which covers all forms of Berlin’s experimental sound and music scene. From underground clubs to sound installations, from Madame Claude to Berghain, join Graham Haught each week as he shares his experiences.

Walking into Madame Claude Bar in Kreuzberg you feel as if you are in a very Berlin kind of labyrinth, as you slink from one stairwell to the next, wedged between tight corridors thick with the smell of beer and smoke. It may have something to do with the fact that Madame Claude used to be a brothel or that every Monday people meet there to wear black clothes and listen to experimental music. Being there makes you feel somehow detached from reality yet consumed by a strange, dark energy. 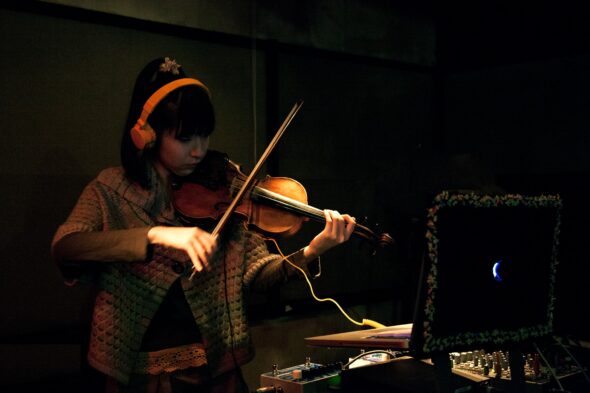 This was her first concert exhibiting (Tukico)Hoshkio Yamane. As she took the small stage (in a dark basement), she had only her laptop and violin in front of her. An eerie scratchy loop emerged from what sounded like a recording in a wet dungeon. Her electric violin cascaded over the loop, complimenting it to form the first song “Syngus.”

Over the next thirty minutes, as (Tukico)Hoshiko Yamane played an eight song set, movement never depleted as song after song was connected by varying beats maintaining a dark consistent tone. No words were spoken by (Tukico)Hoshiko Yamane. The sounds emitted from her violin covered an infinite range of emotion and narrative that were caressed and supported by each beat. The experience was incredible and at the end of the show, as she finished her last song “Kronen Str.,” the audience applauded her and asked for an encore, which, with a smile, she kindly declined. 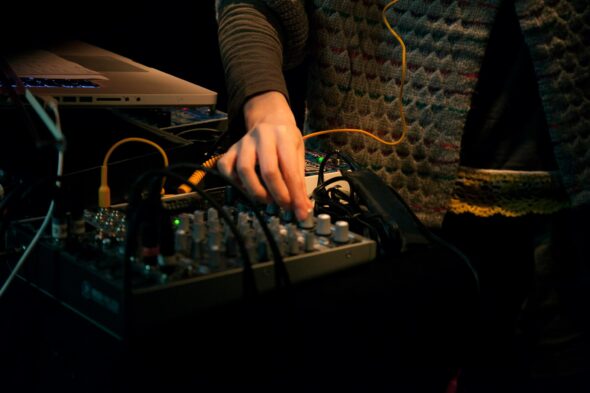