In the dark winter cold Hadley+Maxwell’s “It Seemed Like a Good Idea at the Time” at Import Projects was warming with its comic, yet observant and sometimes tragic anecdotes about David Bowie’s birthday cake, Kurt Cobain and The Man without Qualities. The video performance about the theatrical relationship to subjectivity was presented in an amusing pedagogical way and summoned in support of a dramaturgy that situates each one of the discussants beside themselves. 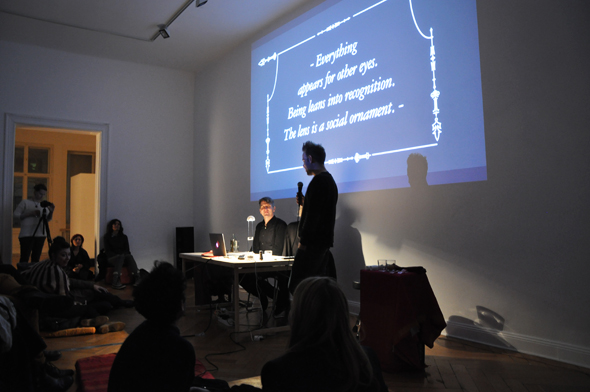 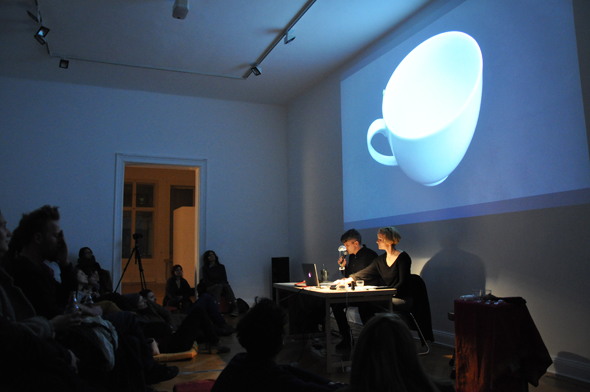 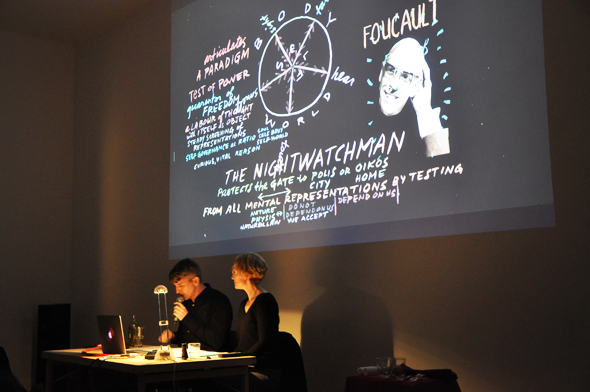 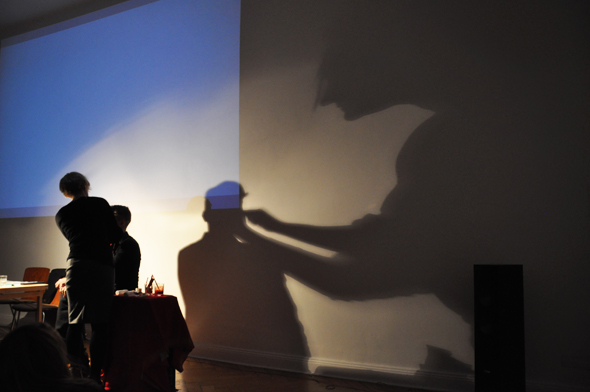 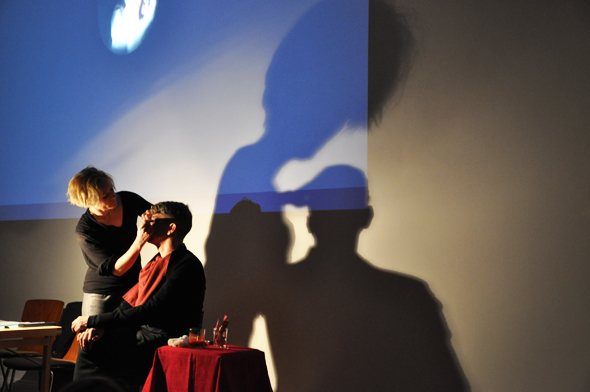 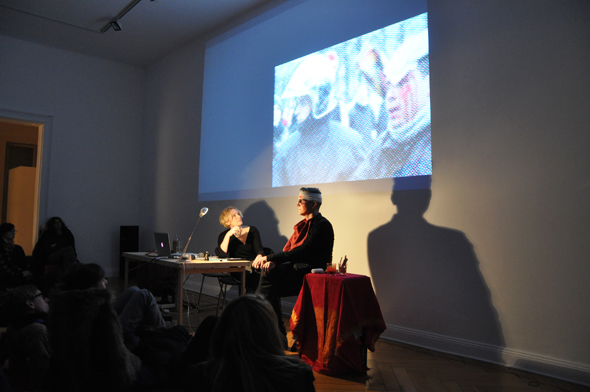 Hadley+Maxwell have been collaborating since they met in Vancouver, Canada, in 1997, working in a variety of media including video, installation, and sound. Stemming from their commitment to collaboration, their work examines mediation as the threshold of intelligibility between the individual and the social. Often appropriating iconic images and traditional forms as they are expressed in pop-cultural, artistic and political movements, they use comparative strategies between diverse media to engage the relation between private life and public appearance.