At carlier | gebauer, whimsy takes different paths in the two exhibitions now showing, one by Mark Wallinger and one by Asta Gröting.

The large space lends itself to both of the artists’ works. Gröting’s Yoga in Armour series shows stiff aluminum figures engaged in an impossibly hearty activity. The missing backside sections let viewers peek into the hollow shell of a body. 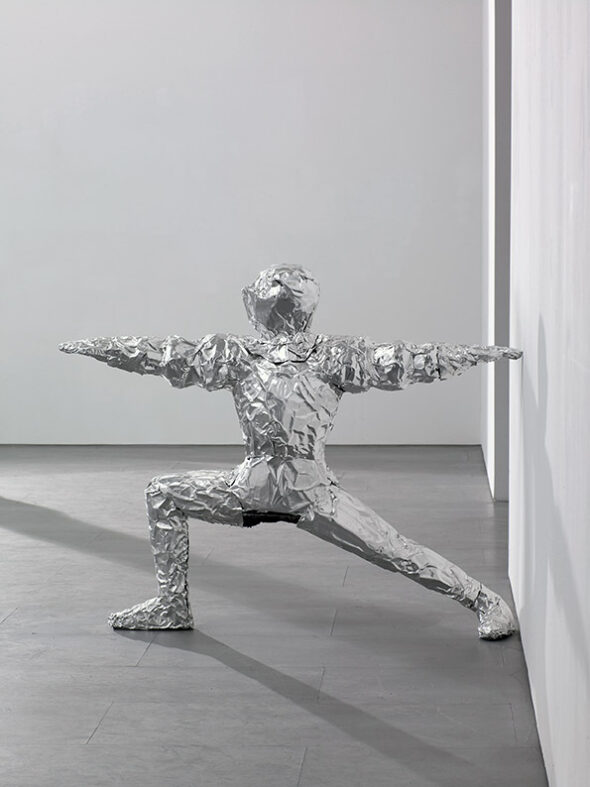 Asta Gröting’s pieces, especially the multi-faceted Space between a Family, need a radius to walk around and observe their different angles. In Space, dark blocks of epoxide resin contained the casts of differently sized people, presumably making up the family in the title. One could peer into the casts, seeing details close enough to make out slight impressions from shirt buttons, or even knuckle wrinkles. The viewers could peer as closely as possible without feeling discomfort, as the people depicted had their eyes closed. The waved front surfaces also created further distortion to the figures, adding to the peculiar juxtaposition of a life-like imprint but on a dark, tough material.

Color isn’t a concern in either of the artists’ work. Mark Wallinger’s black and white Self Portrait canvases in the next room are moody variations on the letter “I” — some feature stylized fonts, some have streaks of the canvas showing from a dry brush, and others have rivulets from excess water. The smaller canvases have less variation, but the larger ones at the end of the room show erasure marks and impressions resembling footprints. 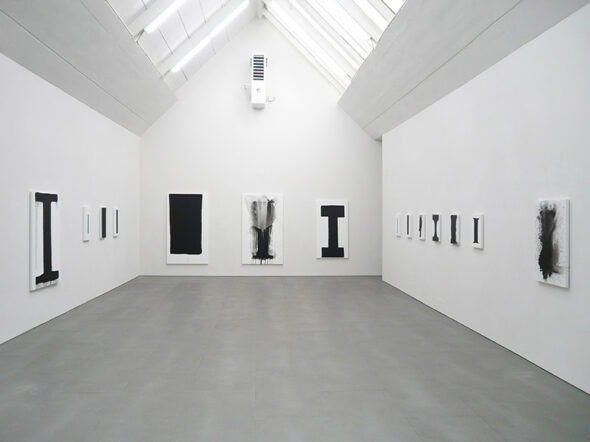