Berlin Art Link presents The Resonators Series , which covers all forms of Berlin’s experimental sound and music scene. From underground clubs to sound installations, from Madame Claude to Berghain, join Graham Haught each week as he shares his experiences. 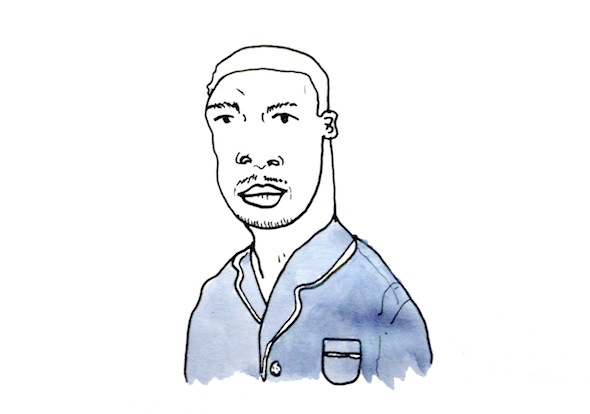 This past Saturday, Actress played a live set at Berghain’s Panorama Bar from 5 until 7am. The smallish room was packed with twenty-year olds carrying Club Mate bottles filled with water, old female ravers wearing mesh and chains, and a man wearing a burka walking around fanning people — everyone was dancing and they didn’t stop.

Actress is the alter-ego of Darren J. Cunningham— an incredibly talented British electronic musician and producer. Having just released his fourth album Ghettoville at the end of January, Actress’s Berghain set developed some of the far-reaching themes present on the album. During an interview with Pitchfork, Actress expressed that he wanted Ghettoville to emulate Brixton, where he lived for 15 years: “[In Brixton] I’ve seen psychologically deranged people acting up and behaving in crazy ways. I wanted this record to sound brittle, as if you were an addict and you feel the world is crumbling around you.”

Throughout the two-hour set, Actress continually worked and expanded various drone-like sounds until the density of each sound beat into your chest. Then almost immediately, and totally unexpectedly, Actress would take that dark ambient sound and interject it with a soft pure melody consistently held together by an unwavering beat. Each song would be met with different tonal challenges, which Actress would repair with almost contradictory sounds in the most seamless way. As the room danced to the music there was no way to predict what was ahead. Actress kept everyone on the edge, but every so often he would allow us to explore the depths with him.

Actress entered and exited the stage in the same morning darkness, yet what he created on stage expressed a deeper and more sporadic existential darkness that was both relatable and entirely new.