Edouard Baribeaud is planning to travel to India this year. He has proposed an artistic research project working with a Kathputli string puppet theatre in Rajasthan, where he hopes to design a stage set for a traditional play based on his drawings, in collaboration with local artisans. Kathputli is a kind of puppet made entirely from wood and its construction stems from an over one thousand year old Rajasthani handicraft tradition. Baribeaud has compiled a book of the drawings he plans to work with, in which the story is deeply entwined with orientalist preconceptions of India. It was inspired by Rameau’s 18th Century opera Les Indes Galantes. The compelling narrative incorporates several masked, doll-like figures and a series of mythological scenes of near impossible enchantment. 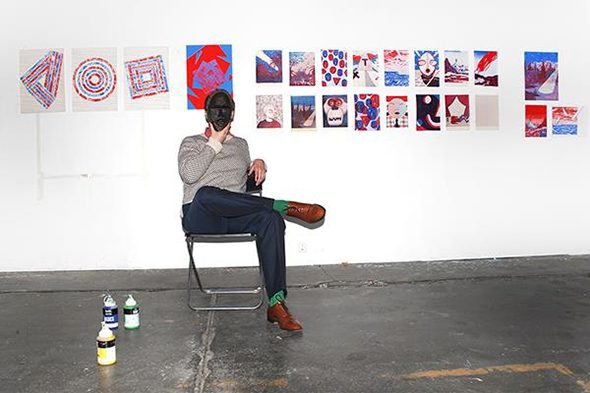 The set up in Baribeaud’s studio lends itself to this kind of dramatization: many of his vibrant illustrations are arranged on the walls like storyboards, in roughly 25cm x 25cm square panels. The narrative cannot always be read from left to right, but the thematic congruency is decidedly present in each grouping.

Many of his drawings are informed by images from his childhood, evoking the illustrated adventure tales of French novelist Jules Verne. Baribeaud maintains that illustrations from children’s books have a profound effect on shaping creativity. He shows us a mask that his father brought back from Côte d’Ivoire in the 1970s. It hung above his bed throughout his childhood, and almost unconsciously came to take centre stage in a lot of his works as an adult. Recently, his father gave it to him and it now forms an integral element of his studio atmosphere. 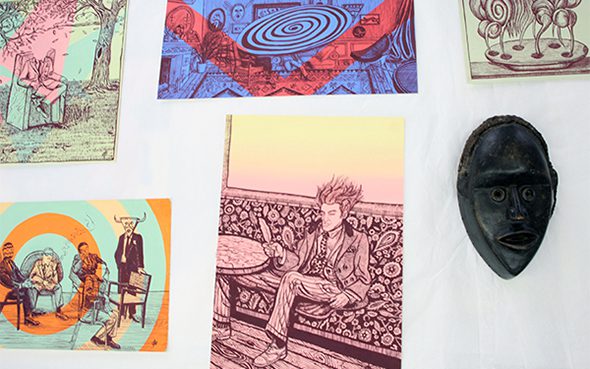 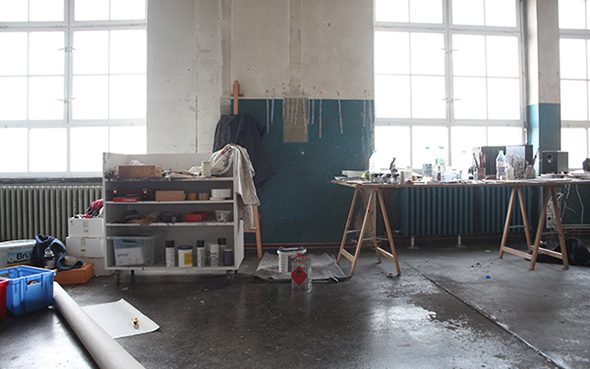 Baribeaud’s body of work is wondrously diverse. The materials he uses – from inks to gouache – and, with them, the style, change greatly with each completed series. He attributes this to an affinity with the particular narratives: each story demands to be conveyed in a certain medium or format that befits it. He strongly believes in the inherent aesthetic feeling of the stories he tells. 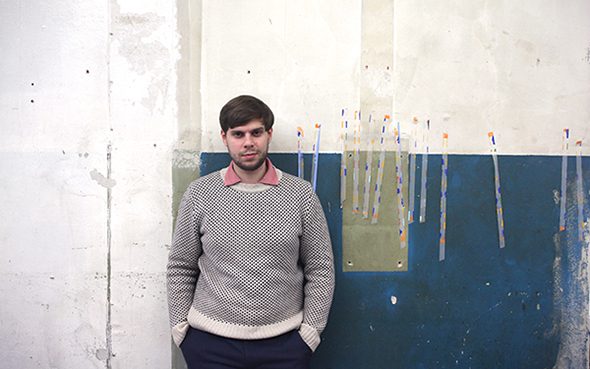 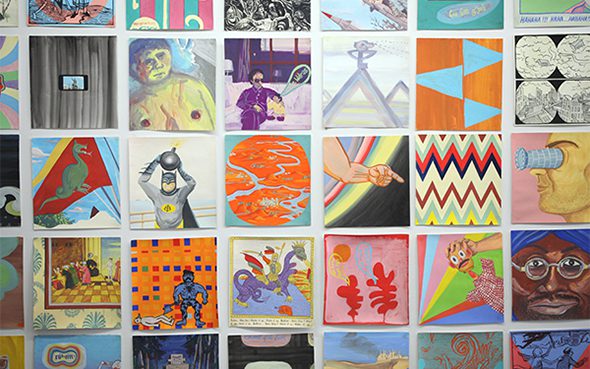 The artist studied Illustration but decided not to pursue it as a career. The freedom he has to create his own practice – whether independent or commissioned – is important to Baribeaud. Even the pieces he creates for commercial use – for example his illustrations for the tailor-made designer Xuits, whose studio we pass through on the way to Baribeaud’s – are done in collaboration on a mutually agreed concept. The German words ‘Freie Kunst,’ for him, describe his personal interest when it comes to completing commissioned projects. The freedom of artistic practice sometimes leaves artists at a loss for ideas. Having a framework, Baribeaud suggests, is often helpful: when one’s ideas are boxed in by a given concept they tend to push even harder to break free. Usually, the best work comes from that kind of semi-restricted situation. 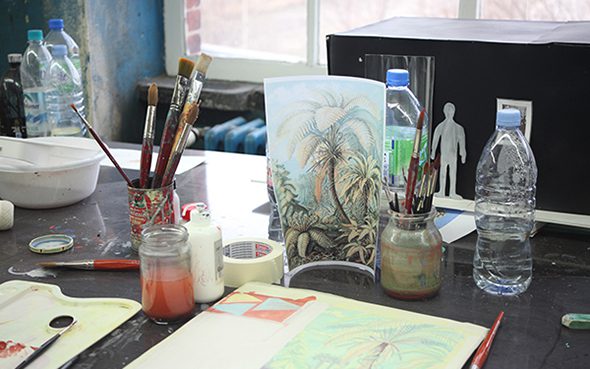 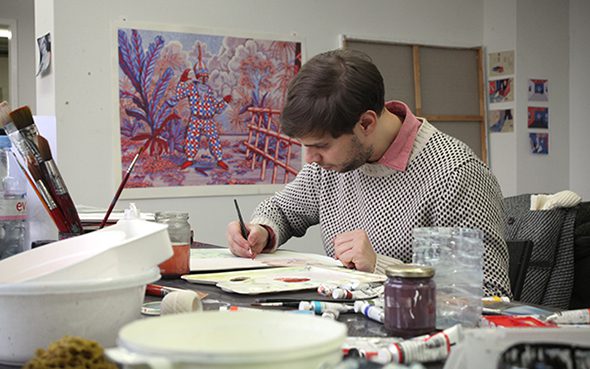 Many of his drawings, like the pointillist tricoloured illustrations from his book Au Pavillon des Lauriers (mentioned above and recently published by Nieves Books), are so intricate that they must have taken ages to perfect. Yet, at a distance, the aesthetic appears so effortless, almost as though the images had been screen-printed. Baribeaud admits that the technique does influence his practice, as he worked a lot with different printing methods during his studies. The book was printed using a risograph machine, which has created intensely blue and red colour tones. Baribeaud remarks that the “manual process of printing means that the layers are not matching perfectly as compared to the original. There are little accidents that make the book very special.” Like an imperfect linguistic translation, the printed copy of his drawings provides new meanings that evaded the original. 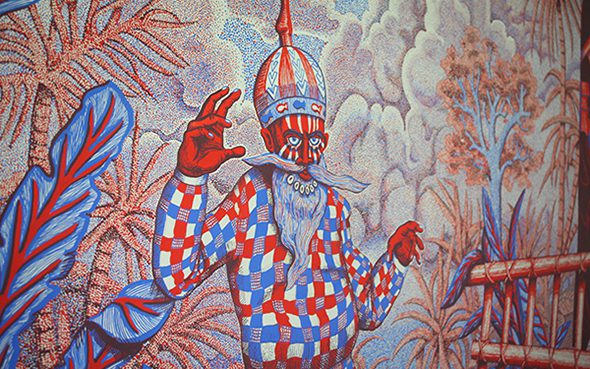 Edouard Baribeaud’s practice is constantly evolving, refusing to get stuck in a particular medium or theme. It is perhaps his childlike interest in narrative that propels his work ever forward, in pursuit of fresh tales and new modes for conveying them.

Alison Hugill completed a Masters in Art Theory at Goldsmiths College, University of London (2011). Her research focuses on marxist-feminist politics and aesthetic theories of community, communication and communism. Alison is an editor, writer and curator based in Berlin.