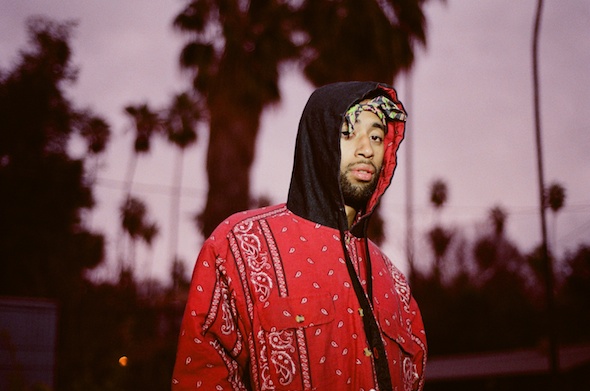 “Through the act of articulation and writing oneself into being, all participants are engaged in performance intended to be interpreted and convey particular impressions” –“None of this is Real,” Structures of Participation, Danah Boyd

We currently exist in a highly performative time period enhanced and complicated by the Internet. The digital age has exponentially pushed us beyond the conception of a “globalized citizen” — we are now internet-users able to access nearly everything. Conceiving of social media as tools to construct our own public (and personal) identities, we are also often aware, as we pose and post photos in real time, that it is all a performance.

Net-artist and rapper Yung Jake seamlessly exhibits the evolution of a virtual persona. The self-constructed character of Yung Jake — as an artist, nerdy programmer, rapper, aesthetician, and GIF maker — operates to inform and influence a background (or a context) to the art that he produces. Marcel Duchamp in his 1957 essay

Yung Jake’s first big viral success occurred in March 2012 with the launch of his interactive HTML5 music video called “E.m-bed.de/d,” which was nominated for an MTV O Music Award for Best Interactive Music Video. Filled with references to Justin Bieber, nearly every major internet-culture site, and most importantly Google Plus, Yung Jake replicated the experience of browsing while deconstructing it at the same time. “E.m-bed.de/d.” is both a brandishing of our shared over-exposure to the Internet as well as a proverbial middle finger to our mindless viral habits.

This past May 2013, Yung Jake was a part of Sundance’s New Frontier program, screening a few of his videos while also performing a virtually interactive live rap show. The more content he posts on websites that he manages, the more videos he releases (such as his recent one, “Larry David”), the more pictures uploaded of Yung Jake embodying the rapper-net-artist complex, the more established and accepted Yung Jake becomes as both a character and person. 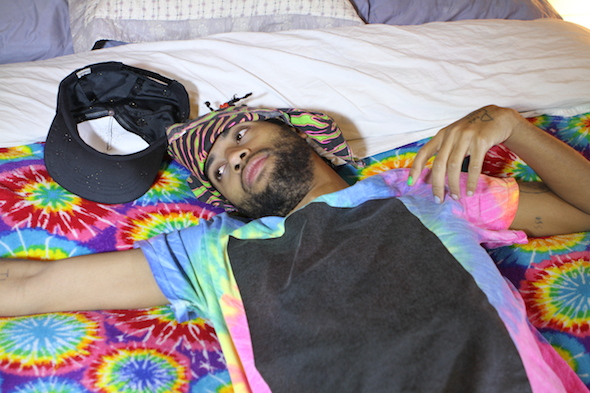 Thomas Crow observed that “the public Andy Warhol was not one but, at a minimum, three persons,” thus developing the convoluted argument that contemporary artists face today: what is the artist’s role in society? Today, Graham Haught talks with Yung Jake on the conception of Tumblr, the role of the artist as a cultural curator, how to self-educate yourself on aesthetics, and his upcoming interactive rap video “My Team.” It must be noted that Yung Jake only interviews via text-message conversations:

Graham Haught: What are you currently working on?

Yung Jake: A couple of things. Unfollow, Larry David, My Team, and a gif.

YJ: [Larry David] Is just a song about keeping it too real. “My Team” is an interactive rap video presented as a public domain for creative content collaboration and promotion.

GH: How many websites do you own or operate?

GH: You use these sites, in a way, as a form of cultural / art / aesthetic curation: what’s your intention behind this?

GH: Do you think that what you post allows people to expand their range of taste / aesthetic education in a way or is that off?

YJ: Yeah I do. But I do struggle with the notion of expanding ppl’s range of thought cause in a way I am doing what everyone else does.

GH: Do you feel like being an artist (socially) places more weight or importance on what you share? You know a lot about the art world and what’s going on (trends, taste, etc.)—do you feel that you have a social role in expanding people’s range through sharing? Or not really?

YJ: I guess when you put it in [this] context…it gives it more weight, sure. But that’s not necessarily the way I want it to be. I think people should be thinking. Full-stop.

GH: What contemporary and/or deceased artist(s) do you admire?

GH: Can you explain to me the concept of Tumblr from your viewpoint?

YJ: It’s a site for viewing/posting content. If there is something you like that’s being showcased on someone’s personal stage you can cosign it by posting it again on your site. You can also see all the stages you admire on a bigger, more active stage.

YJ: Maybe now we have a defined set of tools to represent our selves. It lets us be creative but there’s different type of structure to our lives.

GH: What kind of structure do you mean?

YJ: Like profiles. We navigate through these weird things that are built and [we] don’t even know. Like I’m texting you on a computer rn[right now]. And the way im talking to [you] is because of my brain but its also because the way things were built for me. 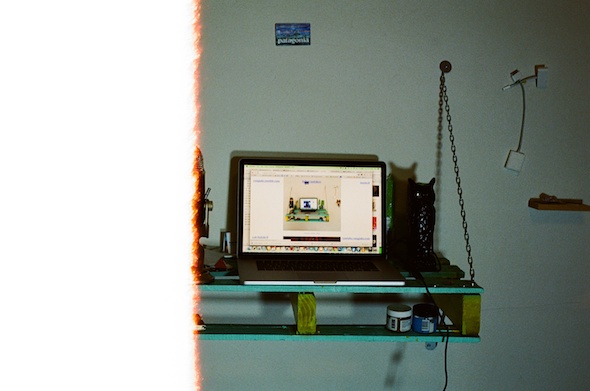 GH: Does that mean we are controlled by these structures/profiles or do we control them?

YJ: I think there [are] like tubes. They’re not telling us where to go but they’re providing a path or something.

GH: What happens when someone doesn’t use them / leaves the tubes?

YJ: I think that’s the same as refusing to use Facebook, deleting ur IG [Instagram], or going camping.

GH: Last question: What do you think of James Franco, James Blake, and James Blunt?

YJ: I only know who James Franco is.