Berlin Art Link presents The Resonators Series , covering all forms of Berlin’s experimental sound and music scene. From underground clubs to sound installations, from Madame Claude to Berghain, join Graham Haught each week as he shares his experiences. 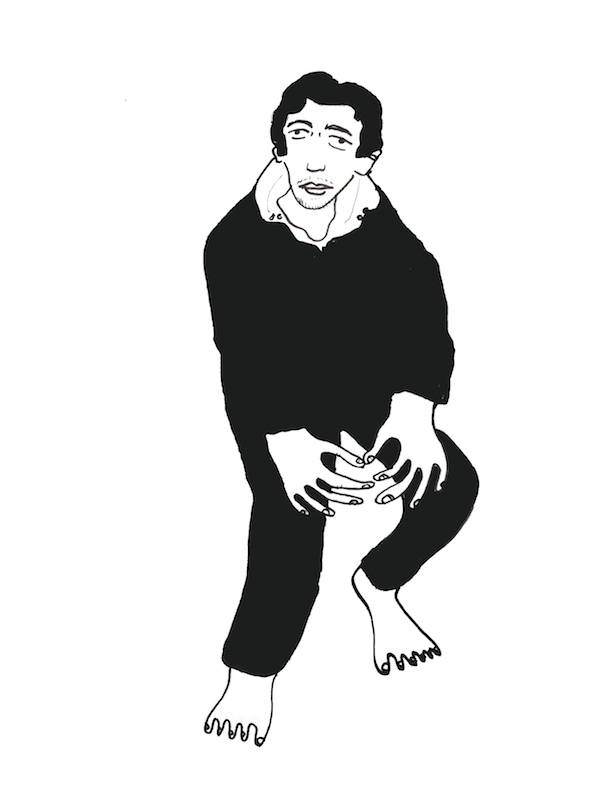 Walking into Mind Pirates, in Kreuzberg on February 20, I was immediately confronted by Berliners lounging in black clothes and smoking cigarettes—all cast into an atmosphere of dark lighting (perhaps intentional). As I grabbed a beer, drone music clogged the high vaulted ceilings as Subterranean Rain performed a thirty-minute set.

Subterranean Rain is the new project from the dark/post-punk artist, Jack Dibben, who has been living and making music in Berlin for the past three years. Originally from the backcountry of Australia, Dibben has played an instrumental role in Diät and Ill Winds—two Austere Post-Punk projects based in Berlin. At the moment, Dibben is working hard on a Subterranean Rain EP that will be released in mid-March before he returns to Sydney where he will be working on a honey farm and making music.

Pitchfork once described John Maus’ 2007 album, Love Is Real as sounding as “if a gang of drag queens walked into the sessions for Joy Division’s Closer and exploded.” Subterranean Rain creates a similar aesthetic to this, but their sound is thickened, made richer and darker by beats that smash against one another as Dibben’s low-voice cascades and shrieks into your brain. Dibben’s lyrics and voice expect more from reality, from what’s around us, and the opaqueness of the music blends into a mature sound full of depth and existential rage. Subterranean Rain transforms John Maus’ academic anemia into a form of pure mania that is honest, melodic, and harsh at the same time.