Photography has long been theorized as revelatory: its methods often produce poetic distortions that surface unbeknownst to even the photographer. The images presented in #VISUAL NOISE harness this spectral quality of photography – whether accidental or digitally manipulated – to reveal haunting and dream-like landscapes. 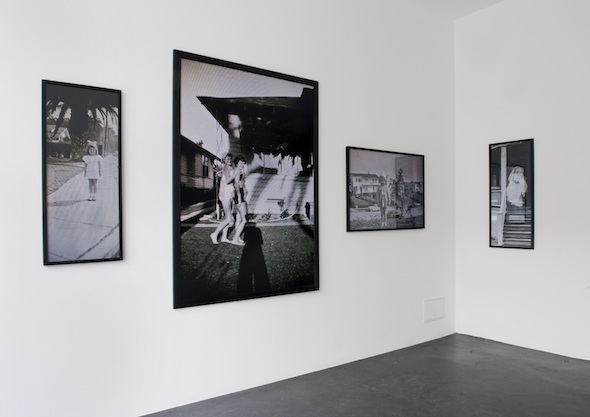 The decision to pair Diana Artus and Ornella Fieres’ photographic works in the recent exhibition at Lage Egal was an inspired one by curator Tina Sauerländer. Sauerländer previously worked at the Haus der Kunst in Munich and, since moving to Berlin in 2011, has been doing freelance curation under her label peer to space.

The idea of visual noise refers to this extra layer of nearly audible texture that seems to overtake the images on display at Lage Egal. Diana Artus is known for her hazy black and white photographs of facades and buildings, often rendered in 3D by her technique of cutting and folding along architectural lines. In this exhibition she shows selections from her series Those aren’t your memories, which give the impression of a scene observed from outside, the edges obscured by a murky, almost ghostly fog. In the backdrop we see the contours of buildings but no objects are ever solidified. The irresolvable nature of the images is unsettling and reminiscent of dream memories, powerful in terms of affect yet partial and ambiguous.

Ornella Fieres’ photographs depict a similarly ‘foreign’ perspective on time and memory. Though originally black and white, the photos from her series Interferenz appear to have been digitally reproduced. Coloured waves add texture to the works: it’s as though she has taken pictures of family photos on a computer or TV screen and the tracking lines bear witness to the technology at work. But the effect is also reminiscent of the childhood activity of staring, mesmerized, into a puddle laden with gasoline: subtle rainbows are created like a mirage over the snapshots. Fieres’ photographs are mostly of people, giving them a direct reference to lived experience. Yet the subjects – their relation to the photographer – are unknown and we can only guess at the context of these anonymous memories.

The use of the hashtag in the exhibition’s title places it decidedly within a digital paradigm but the work of Artus and Fieres provoke a deep ambiguity with regard to time and memory, and blur historical frameworks and subjective certainty. The works shown in #VISUAL NOISE confront the potentiality and limits of both analog and digital photography by placing them within a disquieting spectral aesthetic. 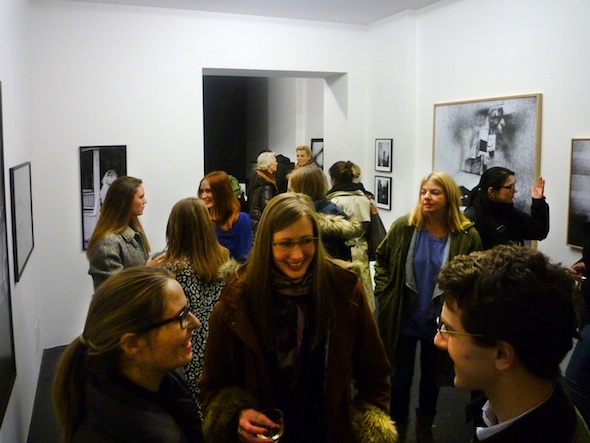 Alison Hugill completed a Masters in Art Theory at Goldsmiths College, University of London (2011). Her research focuses on marxist-feminist politics and aesthetic theories of community, communication and communism. Alison is an editor, writer and curator based in Berlin.