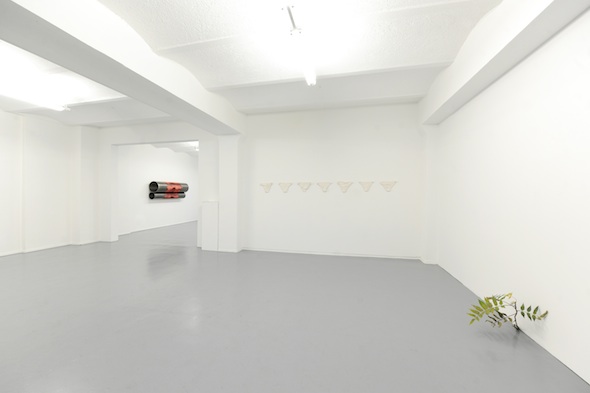 The pristine, high-ceilinged white space at Galerie Rolando Anselmi provides, without fail, an elegant backdrop for any artist to show their work. Sculptural works fit particularly well in the space, which has two large rooms to walk around unimpeded.

The Kreuzberg gallery has just launched the first edition of their series About Sculpture, which will evolve throughout the year with four planned group shows exploring contemporary sculpture. The selected artists – six at a time, both established and emerging – are born between the 60s and 80s. 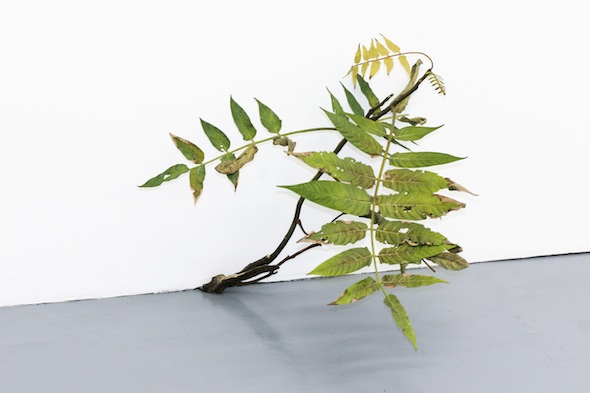 The pieces range from bizarre, hyperreal abstractions – like Tony Matelli‘s Weed 71-08 (2008) – to heavy-handed, literal works, like Piedra con sangre (Stone with blood) (2011) by Cuban artist Wilfredo Prieto. The latter is a visual depiction of the commonplace expression “You can’t squeeze blood from a stone”: it consists of a medium-sized rock, split down the middle, supposedly having bled a puddle on the gallery floor. The red, almost gelatinous substance surrounding it is apparently real blood (from a pig) that, over the course of the exhibition, will dry and crack into previously unimagined topographies. 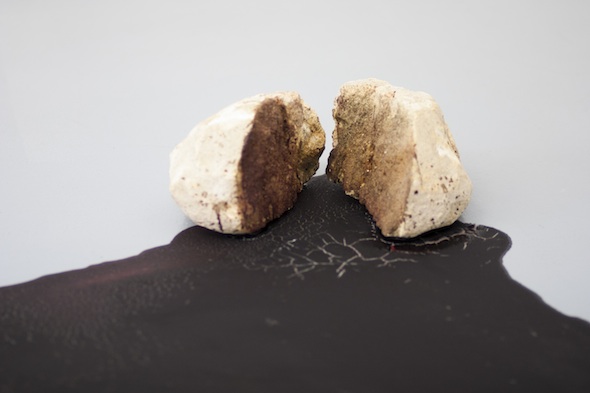 Morgane Tschiember‘s Rolls (2012) and Arcangelo Sassolino‘s I.U.B.P (2013) are paired consonantly in the space, though their scales are markedly different. Sassolino’s work aims to replicate, materially, a feeling of deep tension and anxiety, by tightly wrapping a car tyre to the point of near-explosion.

Though not explicit, the sculptural works in the first of this series seem to revolve around a wider theme: expressions of nature within the manmade world, as connected or at odds with the built environment. From the bleeding stone to the steel mesh steamroller to the bronze cast weed and painted parts of a concrete wall, the narrative progresses in an almost linear manner throughout the space. 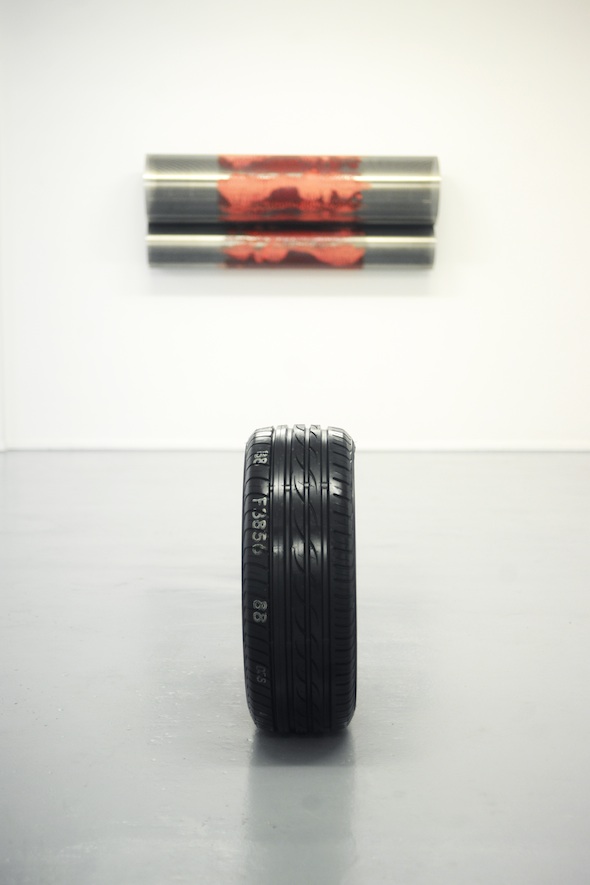 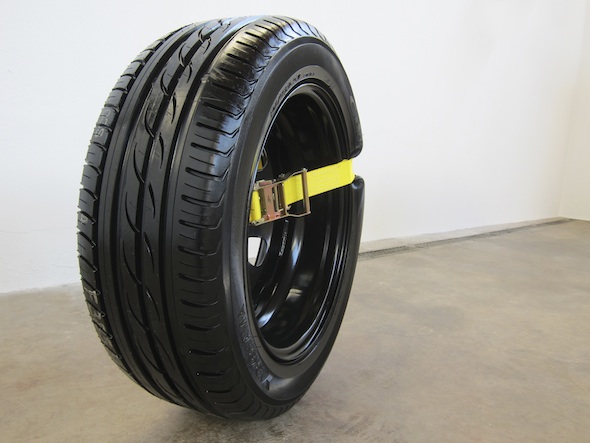