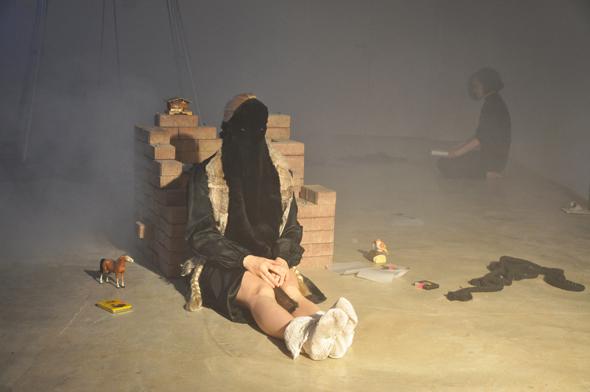 The small space at Emerson Gallery held an intimate performance on Friday for the closing of its exhibition, Secret Garden. It was intimate in that the space was personal and sparsely populated, but the performance itself can better be described as explicit, drawing aggressive contrasts between two different Secret Gardens: one the classic children’s book, the other, a collection of sexual fantasies.

Though at times a little overpowering, the fog machine instantly transformed the space into a mystical realm. The exhibition itself, a solo show from Miriam Wuttke, involved installations of what looked to be a brick living room chair, part of a swing set resting on a pool of soil in the gallery, and photos, some of which were Instagram-style square format arranged in trios. In between the loops of bird chirps, it was easy to see the artist’s vision of romantic grit. The pink neon-taped twigs on the windowsill were one of the most memorable images of the exhibit — a playful combination of the natural and synthetic. 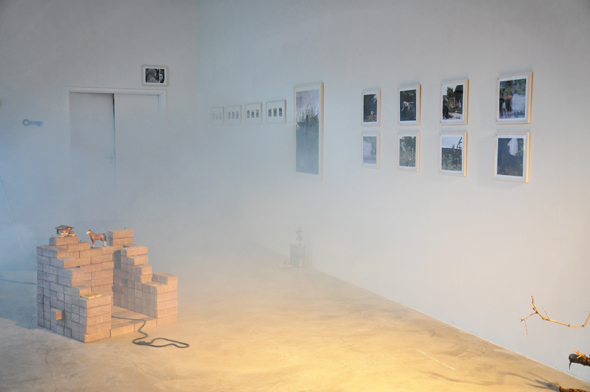 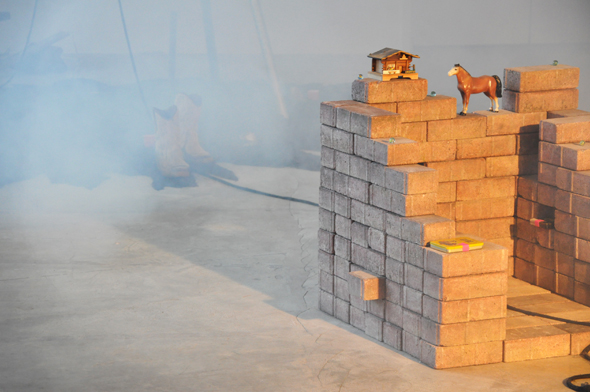 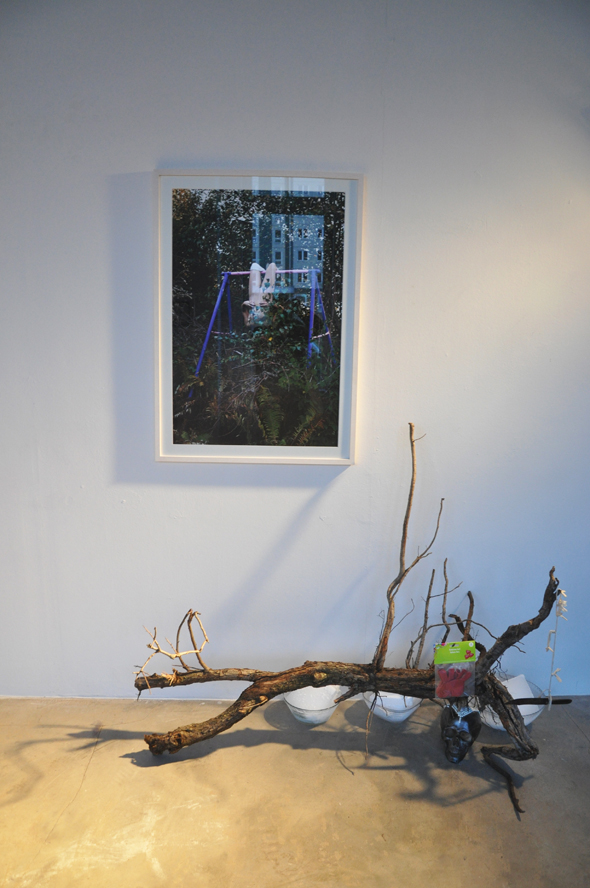 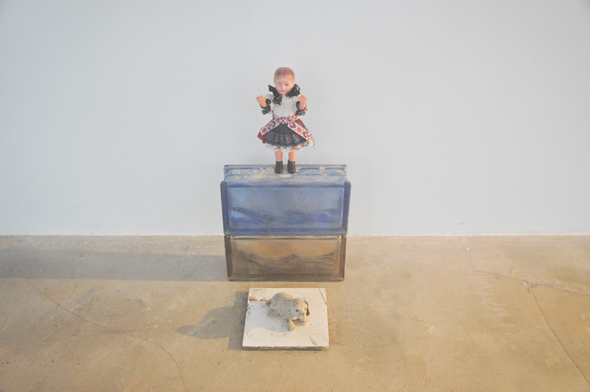 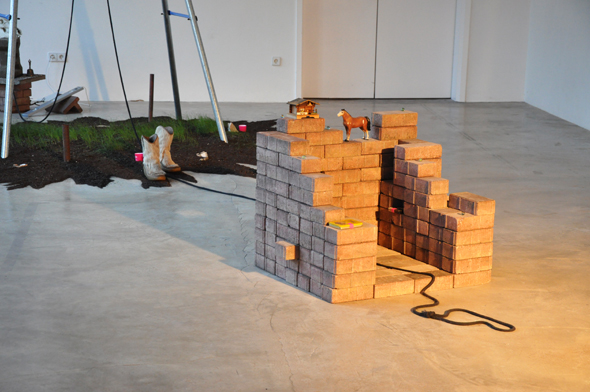 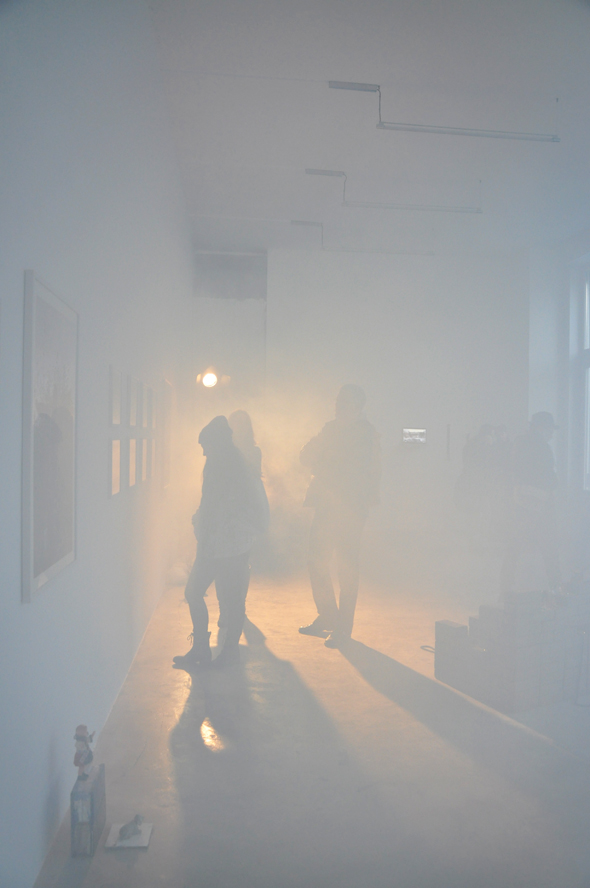 The performance took place in this setting, with the opening performer reading off sheets of sexual fetishes from Nancy Friday’s 1973 volume My Secret Garden. Moving from “I’ve always loved the whole sex thing,” to elaborate fantasies and fetishes from spanks to urine to incest, the other two performers — one mute and often masked, the other Wuttke herself reading from Frances Hodgson Burnett — were easily forgotten or too easily obscured by the fog.

Though it would have alleviated some squinting and restlessness, audience members did not walk around through the cloudy exhibit to integrate the performance with the works of art, as encouraged. Instead, the room seemed split between the exhibition as the stage, and the audience as separate. We were simply listening and watching, rather than interacting or experiencing, which may have been the preferred intention. 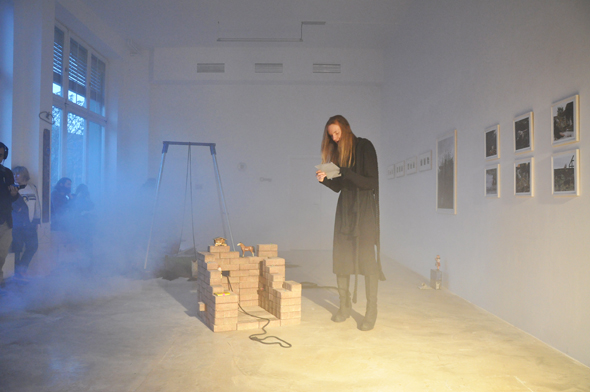 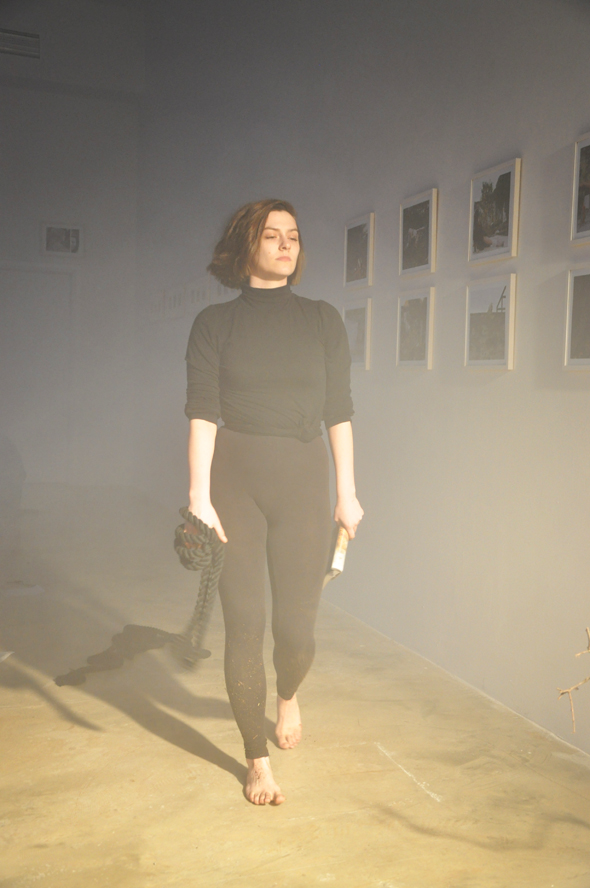 Juxtaposing the childlike with sexual dreams seemed a bit trite at first, but we realized that both texts seemed outdated in different ways. The excerpts from Friday’s work were not as inflammatory as perhaps they had once been, and the imagined childhood gardens of Burnett are now dilapidated playgrounds.

As Wuttke says in her artist statement about the exhibition, she wishes to focus more on the “strength of regrowth,” and “opposing stagnation and functionality.” Her experimentation intersecting such different themes, hopes, and ideas for the future was better articulated in the exhibit, but the performance demonstrated reflection and action as equally important tools to visualize and realize the future, however it might be dreamt up. 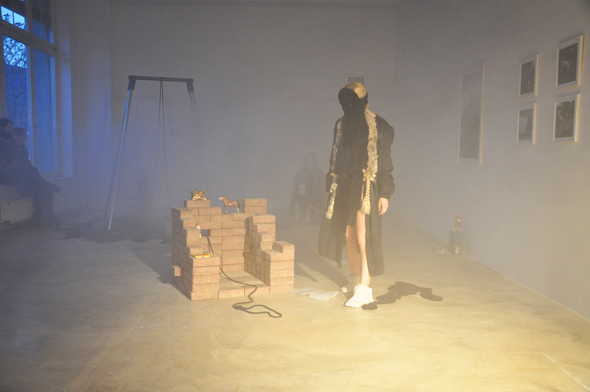 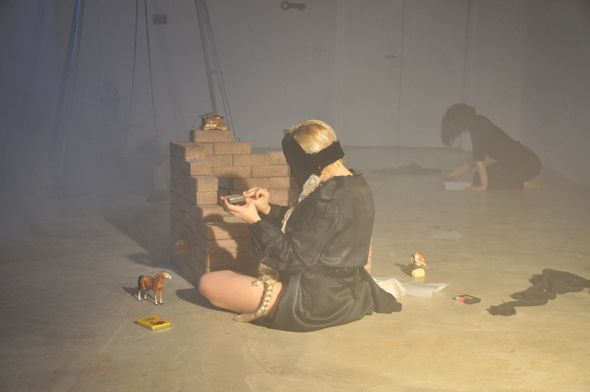 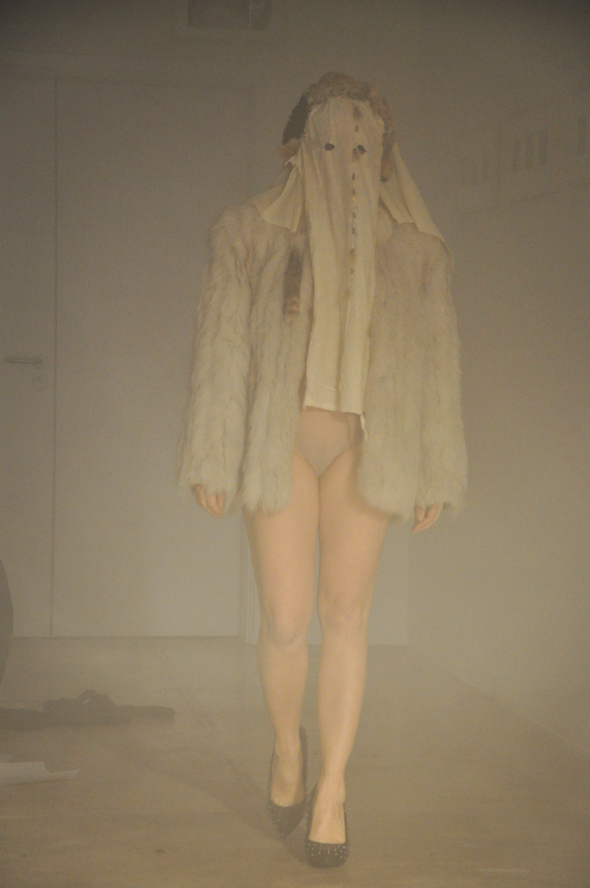 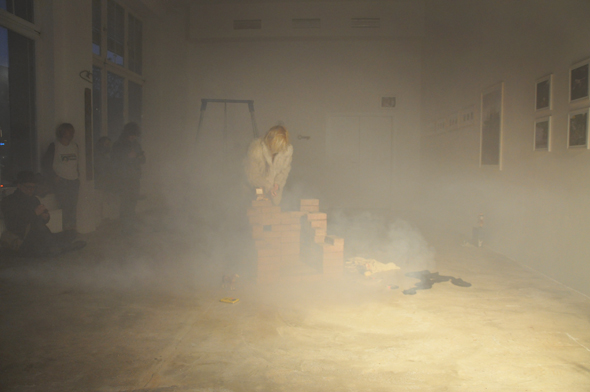 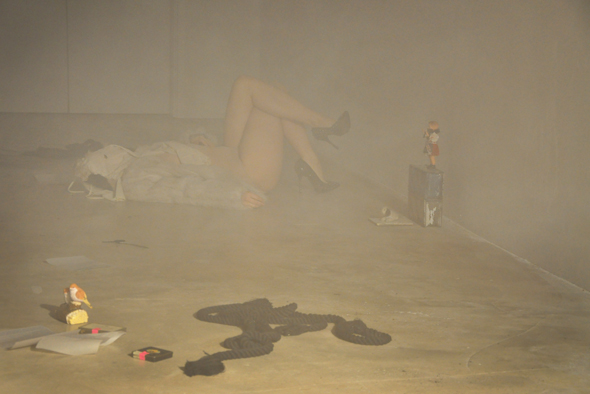