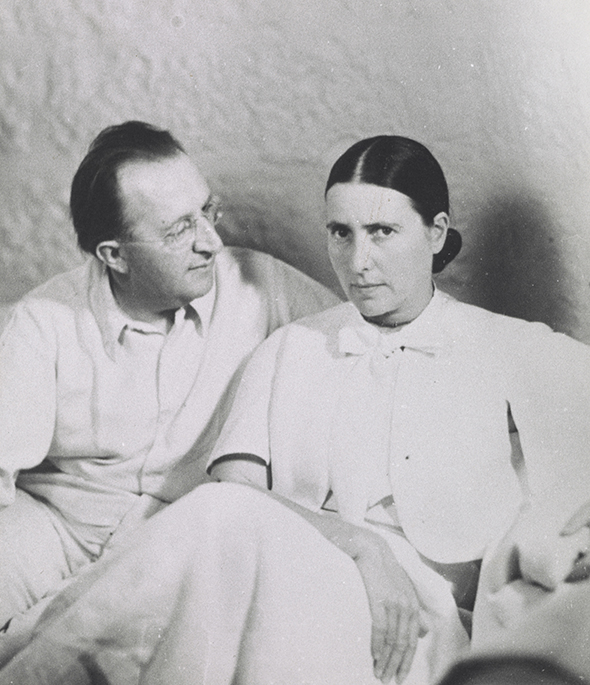 A joint effort from the Kunstbibliothek, Staatliche Museen zu Berlin, and the Getty Research Institute in Los Angeles has launched a website featuring published digital archives of letters between architect Erich Mendelsohn and his wife Luise. There are 1,410 letters from Erich and 1,328 letters from Luise, spanning from 1910 to 1953, giving insight into the lives of an artist and couple who lived through a changing Europe and world, including their fleeing from the Third Reich in Germany.

The project was funded by the Alfried Krupp von Bohlen und Halbach Foundation, making the bringing together of the over 11,000 pages of letters and notes possible. Erich and Luise fled from Germany in 1933, and the addresses from the letters span from Berlin to Amsterdam, London, Jerusalem, and San Francisco. Previously, Luise’s letters were at the Getty Research Institute, and Erich’s were at the Kunstbibliothek in Berlin. The discussion of uniting the two collections began in 2011.

Rather than just a digital archive, the website is an informative and interactive experience. When reading through, one can click on highlighted names, places, or even art works to learn the full story. The aesthetics of the aged letters as well as the content are preserved — the images are easily organized and navigated with zoom and drag options, and transcripts are typed out next to the image. Editor’s notes for each year of letters also help complete the holistic vision of the couple and their surroundings.

The notes span Mendelsohn’s personal and artistic success, beginning when he is still an architecture student and going through the completion of perhaps his most famous work, the Einstein Tower, which was completed in 1924 in Potsdam. The letters also feature cameos from artists and celebrities such as Fritz Lang and Frank Lloyd Wright.

But the most memorable part of the letters are the words itself, not the celebrité that they contain. The couple both possess certain poetics of describing their daily routines and impressions, such as Luise’s description of a view in Toronto: “Sunset over the prairies – far on the horizon the icy blue zig-zag of the Rockies – very beautiful.” Erich’s gratitude for her “warm and smoothing” letters also show the devotion of a couple trying to communicate and feel close despite their physical distance.