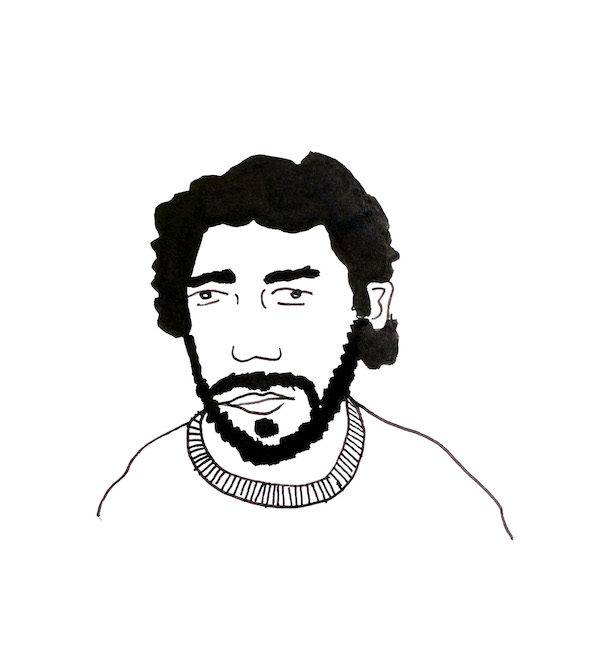 On Friday, March 21, I was in Berghain/ Panorama Bar and had to use the restroom. As I was using a stall, a man wearing a leather gladiator skirt and sunglasses — he appeared to have recently emerged from The Matrix — ran into my stall and started to take my shirt off, lick my stomach, and say “Oh I love straight men!” I slapped him and walked out of the bathroom onto the dance floor to find Konrad Black‘s music stretching across the parameters of Panorama Bar in a dark, aggressive, and entirely addictive manner.

Canadian musician and producer Konrad Black moved to Berlin five years ago where he began to perform consistently at Fabric in London, Rex in Paris, Tenax in Florence, Privilege in Ibiza, and Panorama Bar in Berlin. More importantly, in a way, Konrad Black started to breathe and live music by getting to know the people who care about it. Relocating to LA to work with producer Martin Buttrich on an album and, essentially, to “clear the sonic palette,” Konrad Black’s music resounds with a viciousness, a dying anemic hunger holding itself together by the distant strings of Drum and Bass.

The lights in Panorama Bar seemed to create a cage around Konrad Black as he emitted clots of whimsical sound patterns contrasted against deep beats that you could feel in your chest. There was no way of understanding or guessing what Konrad Black was to do next — the anticipation of what he created unfolded, relapsed, broke down, and materialized into dancing. Again, it must be stated, that there is a metallic itch to his music; there’s something in it that makes you feel never completely satisfied. You need more. In a sense, Konrad Black fed everyone at Panorama Bar only bits and pieces (fragments), denying us the luxury of having our wants and desires met. And what did that do? It made everyone need his music all the more.