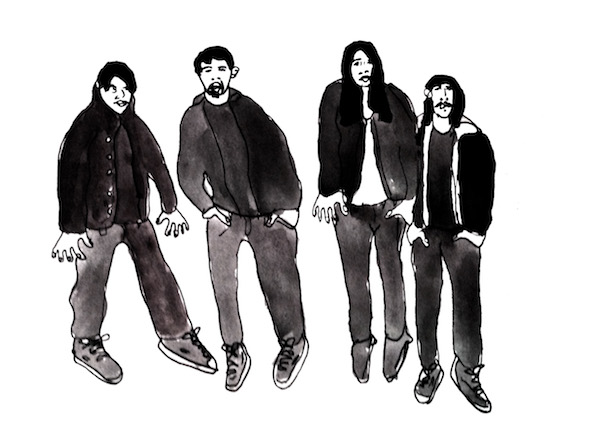 There was a clear reason why I went to Lido in Kruezberg last Wednesday, April 23rd. Potentially it was the same reason everyone was there, swirling through doors with glasses of beer and cigarettes poking through long hair, draping down shirtless backs. There was a powerful feeling of relaxed destruction that materialized into a teenage mosh pit while the four metal bands played: Amenra, Oathbreaker, Hessian, Treha Sektori.

Having been caught up in conversation and drinks with my friend Tanja, we only saw two of the bands play. The first was Oathbreaker, a metal band from Belgium, whose gender-ambiguous lead singer screamed from the darkness of her internal organs to form a scratchy, thick voice that splintered across the blaring shockwaves of the drums and guitars. As I was listening, I was socked in the back of my head and, before I could recognize what was happening, I was in the mosh pit. As I moshed, Oathbreaker’s music was full and good. I looked behind me and saw my friend Tanja fly through the air and land on group of girls wearing black lipstick.

The question, “Is this a cheesy representation of something already in existence?” kept looping in my mind and eventually I came to the decision that it was not. It was raw. I thought of the lines from Charles Olson‘s The Kingfishers: “if I have any taste / it is only because I have interested myself / in what was slain in the sun.” 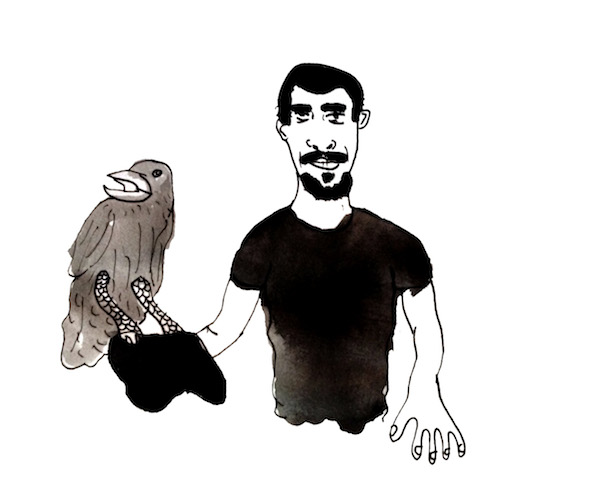 “Member of Amenra holding a crow” (2014), pen and watercolor; illustration by Graham Haught

The last band, Amenra, began to play. Amenra is a Belgium metal band whose “bio” section on their website describes them as, “Always putting heart and soul into every note, word and image and changing the course of people’s lives everywhere their path leads them. Recent history has shown an extremely confident and focused Amenra.” I have to admit that, having read their bio before the show, Amenra’s form of self-representation fascinated me. When they came on stage and the lead singer had a massive upside down cross-tattooed on his back and, as he shouted, small flickers of white light shot from underneath the drum set, I must say that the course of my life was, indeed, slightly altered.

Oathbreaker’s Glimpse Of The Unseen