According to Freud, the pleasure of a joke lies in the short-circuit it creates between two signifiers, which establishes a relation between disparate constellations of things. The pleasure of the joke is greater, he argues, “the more alien the two circles of ideas that are brought together by the same word.” 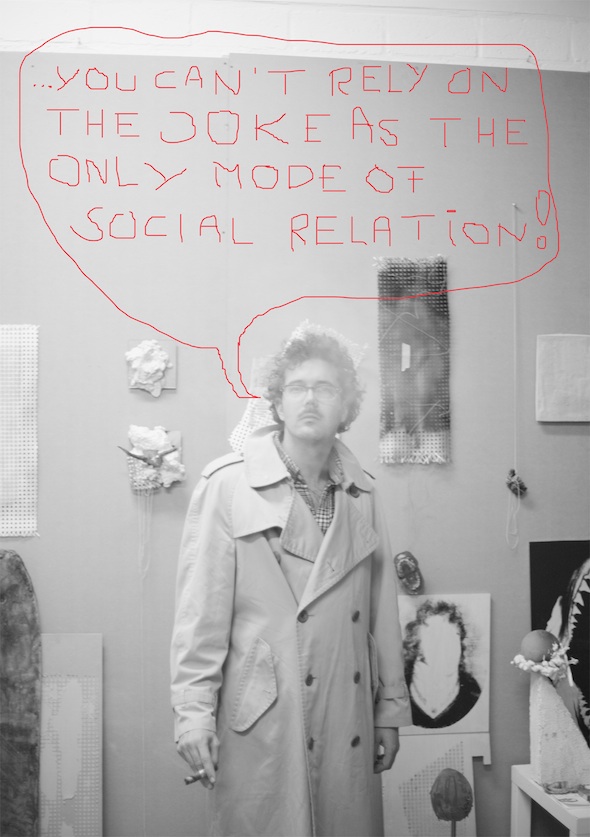 You can’t rely on the joke as the only mode of social relation! exhibits the sculptures and photograms of Berlin-based, Canadian artist Alexi Kukuljevic and a series of photographs and a single photogram by Jeff Weber. In the accompanying text for this exhibition, Kukuljevic writes a pleonastic meditation extolling the virtues of a cigar and its subjectivizing function. According to Kukuljevic, the cigar smoker is brought into relief in a cloud of smoke, photo-graphed in its haze. 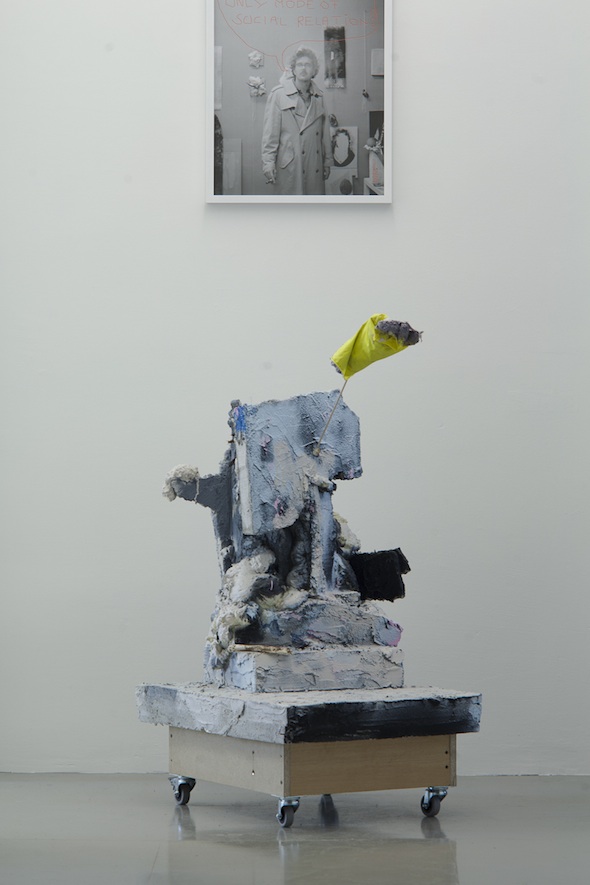 For the opening of this exhibition, the rooms of the Kunsthalle Leipzig were filled with the smoke from Kukuljevic’s cigar. The presence of these sculptures, like that of his writing, is de trop. The obdurate presence of these sculptural forms commands attention, dominating the rooms of the exhibition space like beams of light that invade the perceptual field. In this space, the smoke of the cigar functions as a screen, stinging the eye but also diffusing the intensity of these forms. Kukuljevic’s photograms dedouble this dialectic. In these images, latex casts appear as exquisitely muted specters of these lurid sculptural forms. 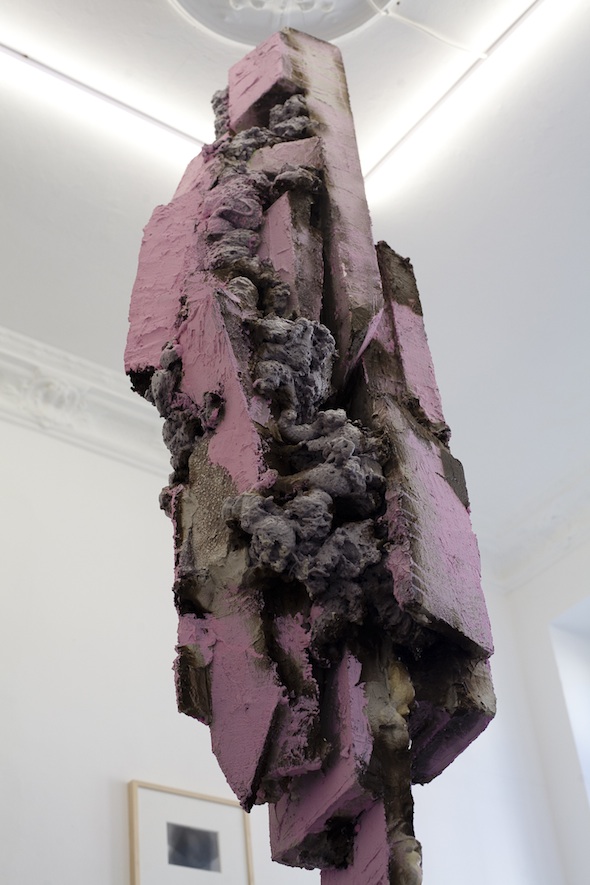 Weber’s photographs depict various stages of Kukuljevic’s production. Weber’s photographs inscribe Kukulijevic’s process in a formal language, and in these photographs Kukuljevic enters into and merges with the visible field of his sculptures. Weber included a single non-figurative photogram that relies on mirrors to reflect light and create gradients of darkness in the image. 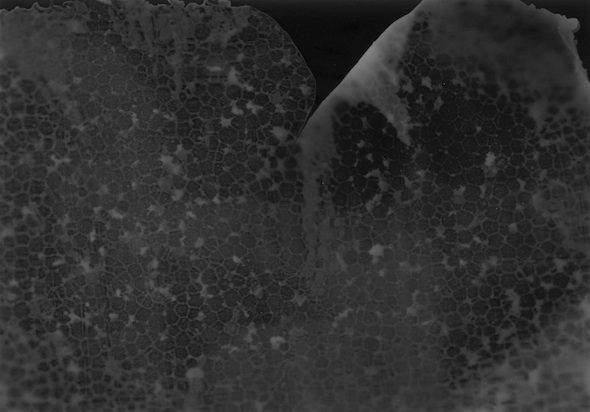 This photogram provides a striking visual metaphor of the complex collaboration between Kukuljevic and Weber through which this exhibition takes on its emergent structure. That is, in the exhibition, Kukuljevic’s sculptural forms appear in the light of the photographic gaze — both that of Weber and through the use of photography in his own practice. Literally and figuratively, this exhibition revolves around the photo-graphing of these forms. 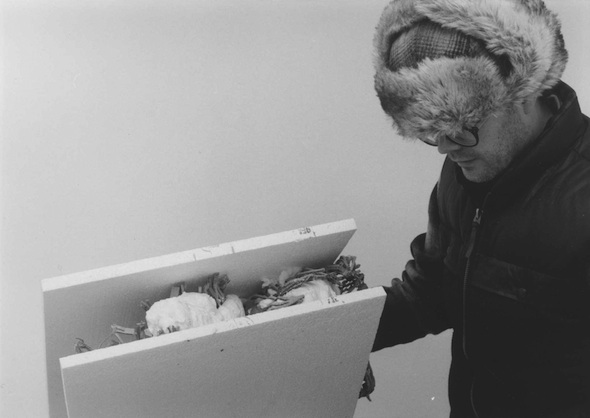 The medium of photography thus functions in this exhibition as a joke in precisely a Freudian sense — not as something trivial but rather as the mechanism that stages a series of short circuits between artist and curator, process and sculptural form, eye and gaze.